A New South Wales town has been accused of being ‘unAustralian’ after officials omitted the Australian flag from display, flying an Aboriginal one in its place.

Residents of Woolgoolga, in the Mid North Coast, were left outraged on Sunday after they awoke to find the Australian flag was missing from the community flagpole.

Instead, the Indigenous flag had been flying high alongside the Southern Cross flag and three others below it, outside the city’s Chamber of Commerce.

Residents of Woolgoolga, on the New South Wales Mid-north Coast were outraged to see the Australian flag was omitted from the community flag pole on Australia Day

Although the flags on the pole are known to change regularly, many locals were particularly miffed officials would omit the Australian flag on the country’s national day.

A number of residents took to social media to share their disappointment, while some even contacted their local radio station to complain.

One resident sparked on debate on Facebook after he claimed the move breached the ‘ethics of our constitution.’

‘This is Australia Day and all other flags must fly under the Australian flag,’ he wrote, generating dozens of responses. 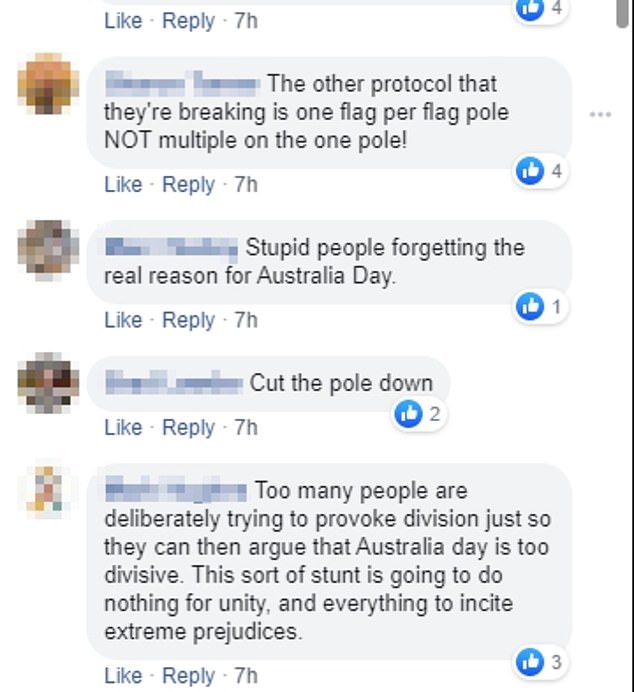 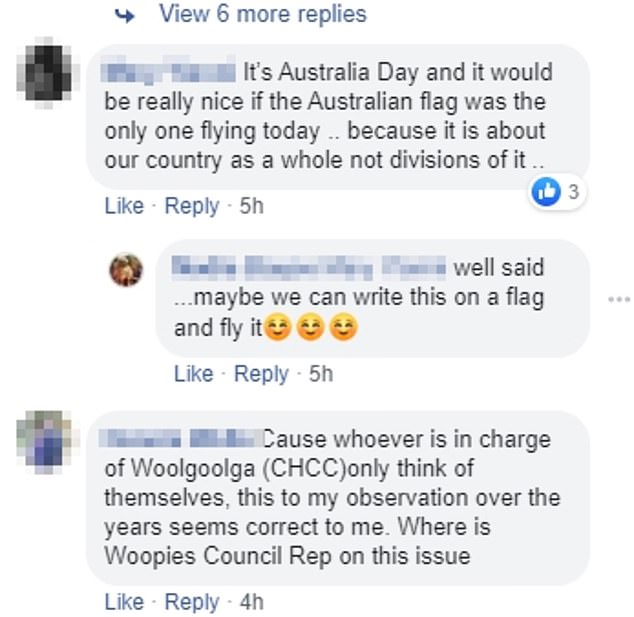 ‘This is disgusting, very un-Australian you should be ashamed of yourself,’ another local said.

One man said he believed the move had been intentional to spark a debate.

‘Too many people are deliberately trying to provoke division just so they can then argue that Australia Day is too divisive. This sort of stunt is going to do nothing for unity, and everything to incite extreme prejudices,’ he said. 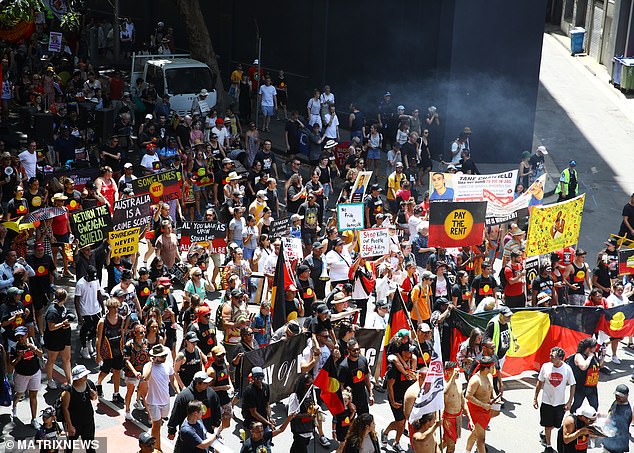 ‘It’s Australia Day and it would be really nice if the Australian flag was the only one flying today…because it is about our country as a whole not divisions of it,’ one woman argued.

‘Protocol says that if another flag is at the top, the Australian flag cannot be flown. He has included an assortment of flags flying with it including TSI, the Southern Cross and Ruok flag’, Lisa Nichols told Triple M.

Ms Nichols said the Australian flag was on display at the town’s visitors information centre.