Woolworths boss gives up his $2.6million bonus after the supermarket giant was caught out underpaying thousands of staff

Mr Banducci said on Wednesday he would forgo his short-term incentive following last month’s revelation the company underpaid at least 5,700 staff by $300 million over nine years.

He said he believed it was ‘the right thing to do’.

Mr Banducci is still expected to earn $5million in long term incentives as well as his regular salary of about $2.5million, the Sydney Morning Herald reported.

‘I have made the personal decision to forgo my FY20 short-term bonus because I believe it is the right thing for me to do as CEO,’ Mr Banducci said.

‘I accept that, as the chairman of the board, I have a higher level of responsibility than my board colleagues,’ Mr Cairns said.

Woolworths, which described the decisions as acknowledgements of responsibility, said it aims to complete its review of the underpayments by the end of next financial year.

‘Once this is finalised, further consequences will be considered by the board,’ Woolworths said in a statement.

When the scandal broke, Mr Banducci said he ‘fully expected’ his bonuses to be impacted.

‘As a group, we have let many of our salaried team members down. And our priority right now is to ensure that they receive the money they are owed as quickly as possible,’ he said.

Woolworths joined a growing list of companies who have been caught underpaying staff recently. 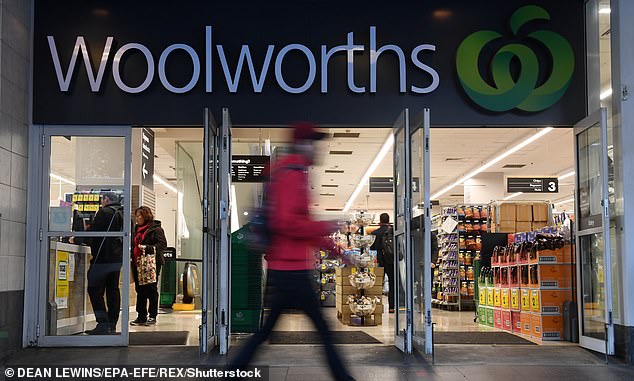 Woolworths underpaid at least 5,700 staff by as much as $300 million over nine years