A home cook has revealed her quick and easy two-ingredient recipe for a restaurant-style barbecue pork.

Joyce said she marinated the pork shoulder in a $4.50 sauce, in which she purchased from Woolworths, before cooking it in her air fryer.

‘Super easy! Then next day into my 5.3L air fryer for 12 mins each side at 180 degrees Celsius and basted it with additional one teaspoon of same sauce for extra flavour!

The end result looked golden and mouth-watering with a perfect crispy outer layer and soft centre.

Joyce confirmed the dish ‘tasted amazing’ and will likely be made again as it’s a simple meal to prepare.

Other home cooks who have previously tried the sauce agree and described it as a ‘game changer’. 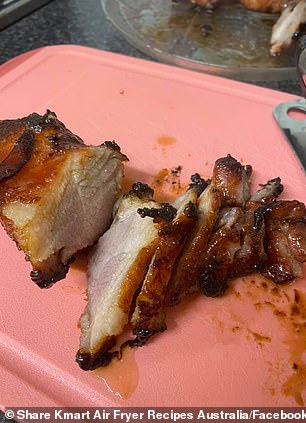 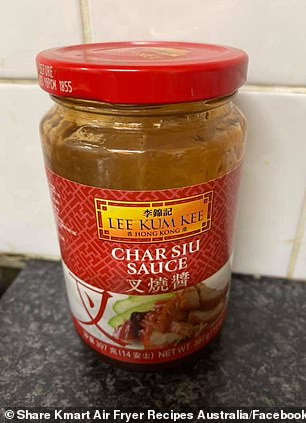 ‘The sauce is the secret weapon, never fails!’ one person wrote.

‘I did chicken wings in the same sauce last week – was amazing!’ another added.

A third said: ‘This sauce is amazing. I did it on duck in the air fryer the other night.’

How to make Chinese barbecue pork in an air fryer

Cut pork into two equal portions and place in a bowl

Pour in char sui sauce and stir to combine

When you’re reading to cook, place in air fryer and baste with extra tablespoon of char sui sauce

Cooke for 12 minutes on each side at 180 degrees Celsius