Another set of collectables set to hit supermarkets this week has already divided consumers.

Woolworths will step up its war with rival giant Coles this Wednesday with the launch of its ‘Disney Words by Woolworths’ collectables, which aim to add a ‘dash of magic and word play to supermarket shopping.’

The release of Woolworths’ first major collectable campaign since 2017 follows the success of Coles’ recent Stikeez and Little Shop promotions.

Shoppers will receive a Disney Word tile for every $30 they spend featuring a Disney character on one side and a letter on the other, which can be used to play word games.

There are 36 to collect featuring characters from much loved Disney films such as Frozen, Toy Story, Disney Princess, Moana, Cars, Aladdin, Mickey Mouse & Friends, Beauty and The Beast, The Incredibles, The Lion King and Dumbo.

Online reaction to the latest collectables promotion has been mixed.

Members on the Woolworths Disney Words & Coles Stikeez plus other Collections swap group look forward to the latest craze.

But other consumers were unimpressed.

‘Create conspicuous little consumers who then compete for more of this “rubbish”. We live in a world of finite resources and a supermarket chain offers to create mindless consumers,’ one man tweeted.

Another added: ‘Looking forward to the Facebook comments on the Woolworths page next week from all the outraged housewives complaining they don’t have enough stock or somebody is selling it on ebay for $500.’ 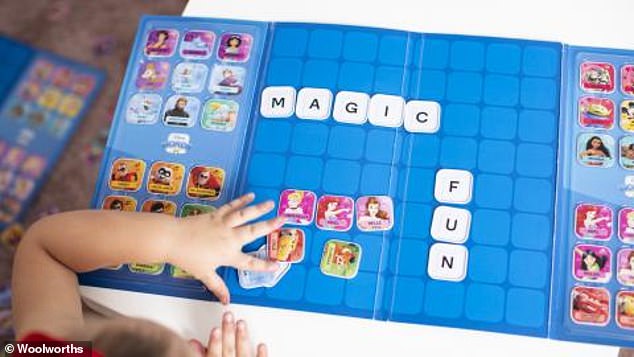 ‘So disappointed that Woolworths is now doing the same as Coles and giving out unnecessary plastic pollution at the checkouts. Looks like it’s a race to become the nation’s top plastic polluter between these two,’ one customer posted.

Woolworths has assured its plastic-free collectable tiles are environmentally friendly and made from recycleable tin plated steel.

It’s not yet known whether the latest collectable craze will receive as much backlash as Coles’ recent Stikeez collectable minis promotion, which aims to get kids eating more fresh fruit and vegetables.

More than 11,600 people have since signed an online petition calling on Coles to stop the ‘wasteful’ promotion.

‘They say it’s to encourage healthy eating for kids. We say it’s just going to lead to more plastic ending up in our oceans and landfills – it’s a disgraceful waste, ‘ the petition states. 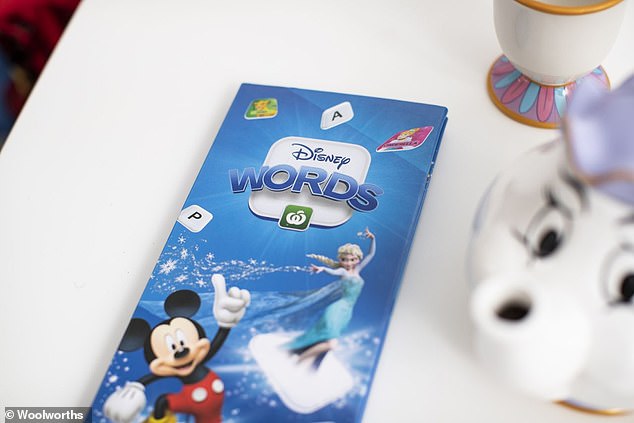 ‘Surely we can encourage healthy eating without the wasteful and useless plastic consumption. This campaign is about telling Coles and the other big retailers that they need to do better. No more plastic promotions!’

There are 10 ‘Disneyland’ castle word tiles for Woolworths shoppers to find, which will win each of their collectors a VIP trip for four to California’s Disneyland Resort.

‘We set out to create a program with a difference, that will not only capture the imagination of kids and families, but can also make learning and literacy fun,’ Woolworths Managing Director Claire Peters said.

‘Whether you’ve grown up with Disney, or your kids are enchanted by it, we know that Australian families both young and old will be able to enjoy this program.’ 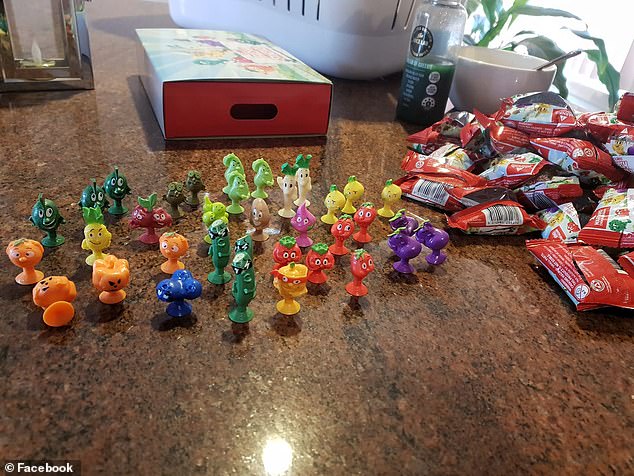