An Australian mother has erupted after her home-delivered grocery bags contained a less than savoury item.

Disgruntled Woolworths shopper, Emma Wietschorke, couldn’t believe a ‘jar of mould’ had turned up in the place of the home-brand passata she had ordered online from the Woolworths Vincentia store on the New South Wales south coast.

The jar of Woolworths Essential Chunky Tomato Pasta Sauce looks normal in the bottom of the bottle, but right by the neck of the bottle the jar is filled with a grey-green mould.

Aussie mum, Emma Wietschorke, couldn’t believe she had been sent THIS jar of sauce in her home-delivered grocery bags 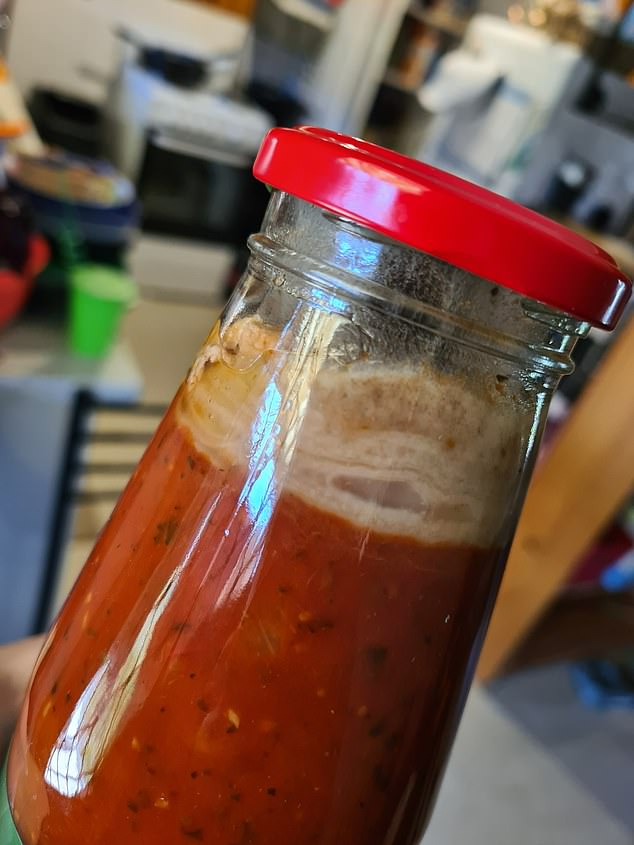 Ms Wietschorke hit out at the supermarket giant in a post on their Facebook page, outraged that pickers didn’t see the pile of mould in the jar.

‘How your pickers missed this is beyond me.’ 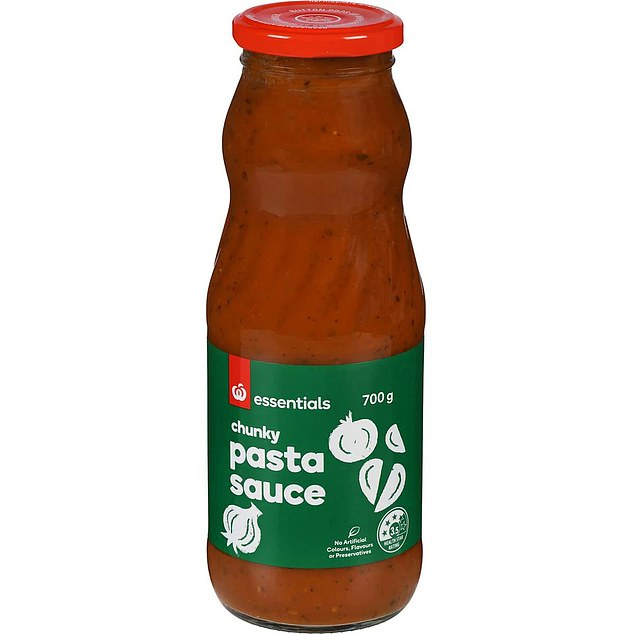 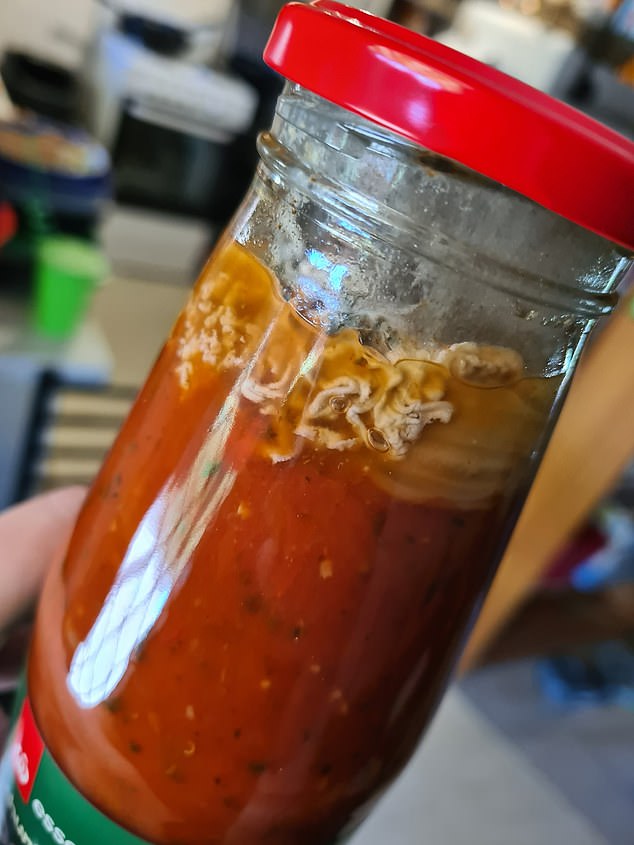 The photos Ms Wietschorke shared with the post show the pasta sauce’s foul colouring is hard to miss, though one commenter jumped to the defence of the Woolworths pickers.

‘Agreed it shouldn’t of (sic) been sent but it can be missed when the handful of shoppers are picking and packing up to 200+ orders a day,’ the person wrote.

Woolworths responded to Ms Wietschorke and provided her the full $2.15 refund. The grocery giant conceded to Daily Mail Australia they sometimes slip up, but said they have since resolved the issue with the customer.

‘We have a dedicated team of personal shoppers who work hard to handpick thousands of online orders to the highest standard every day.

‘While our teams work hard to provide a great experience every time, we don’t always get it right,’ said Woolworths.

SAFE TO EAT YOUR PASTA SAUCE?

Conventional food wisdom says any stored pasta sauce should be inspected upon opening for thickening, darkening and acidic notes in smell and flavour.

If a pasta sauce raises doubts, its best not to eat it. When in doubt, throw it out.

An opened passata won’t normally last more than 10 days in a fridge either.