Woollies worker’s selfless act leaves a young mother ‘grateful and also mortified’ – but was the staff member just being nice or were they up to something ‘DODGY’?

A shopper has revealed how she felt ‘grateful’ and ‘mortified’ when a supermarket worker offered to paid for her groceries at the checkout.

The mother, who was carrying her newborn while she was shopping at a Melbourne Woolworths, and had to go to a service desk because of a technical issue she was having with the self-checkout.

Struggling with moving her crying baby and the trolley, a Woolies staff member offered to pay for her groceries in light of the inconvenience.

Social media users debated whether the worker was just being nice or if they were up to something ‘dodgy’.

Was the worker just being nice or were they up to something dodgy?

She explained the details of the strange transaction in a post to Reddit last Thursday and asked other shoppers if they felt it was a ‘dodgy’ thing to do?

‘I just got back from Woolworths where I tried to pay with my phone on self checkout,’ the mother wrote.

‘It wasn’t working so they printed me a barcode and took me to the service desk to pay, but my phone payment still didn’t work.

‘After trying a few times and my newborn kicking off, the staff member said, don’t worry it’s on me.’

The mother said she was ‘really taken aback’ by the generous offer and asked the worker if she could transfer her the money.

She claimed the employee declined the offer and responded and insisted it was no problem. 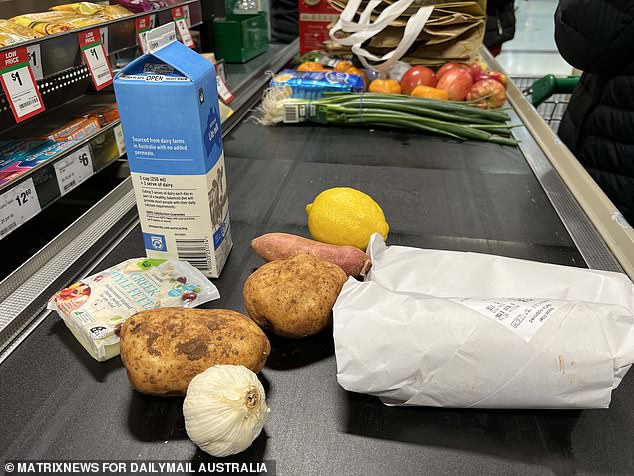 The mother, who was carrying her newborn while she was shopping at a Melbourne Woolworths, and had to go to a service desk because a technical issue she was having with the self-checkout

‘I was so grateful and also mortified,’ the mother said.

She questioned whether Woolworths staff members can pay for customers groceries legally or if it was ‘dodgy’.

‘I want to go back and give her something to say thank you, but don’t want to get her in trouble if she’s done something she’s not supposed to have done,’ she added.

Respondents in the Reddit post largely agreed that the woman should be thankful for the kind gesture and not bring attention to it at the store in case the staff member gets into trouble.

‘Maybe accept the kindness shown and pay it forward to someone else in need. In that way, you don’t risk getting the staff member in trouble,’ one commenter said.

Another person wrote: ‘Yeah, don’t go back and thank her manager and unwittingly have her fired. It’s a good intention that may backfire. Instead, next time you see her, thank her yourself.’

A third added: ‘What’s more likely? They risk being sacked or even arrested for a total stranger, or pays a few bucks to help out someone obviously trying their best but struggling.’ 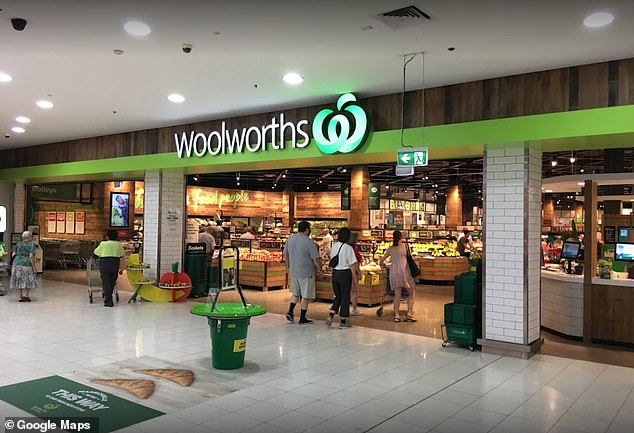 ‘My partner works at a supermarket and has paid for people before. It feels good. Pay it forward.’

Others disagreed with the act and claimed the employee likely voided the transaction.

‘She wouldn’t have paid. Technically, it’s not the right thing to do but also Woolies wouldn’t risk the bad PR of firing an employee over helping someone with a screaming baby,’ said one.

‘Yeah that transaction 100% got voided. More than likely she just wanted that screaming baby out of the store ASAP because parents never try and quieten them,’ wrote a second.

A handful of commenters revealed they had personally paid for other shopper’s groceries before usually because of a technical issue or the customer struggled to afford it.