Works on the enormous Spire London building have ground to a halt after it was revealed residents on the upper floors of the skyscraper will only have access to one escape stairwell.

At 67-storeys tall, the tower was set to be the tallest residential skyscraper in western Europe when opened in 2020 – but the revelations about its lack of safety provisions have raised questions over what the completed project will look like.

Safety experts have warned that the building will need at least two staircases for the hulking structure in order to make it safe for future residents.

Russ Timpson, secretary of the Tall Building Fire Safety Network, said: ‘I am reminded of the Ti­tanic and the fact there were not enough lifeboats for the passengers. “Don’t worry,” they said. “It will never sink”.’ 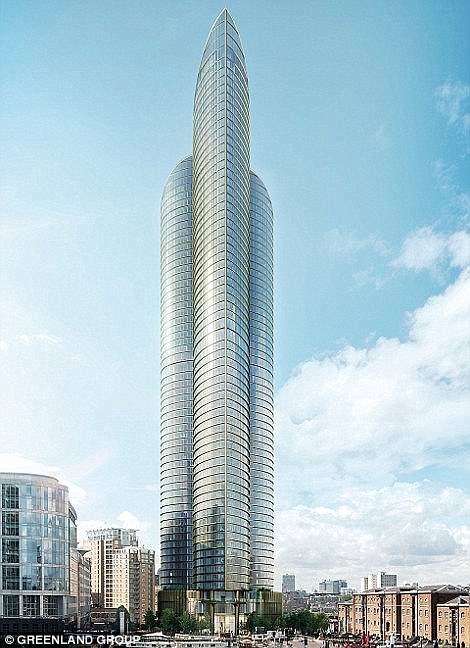 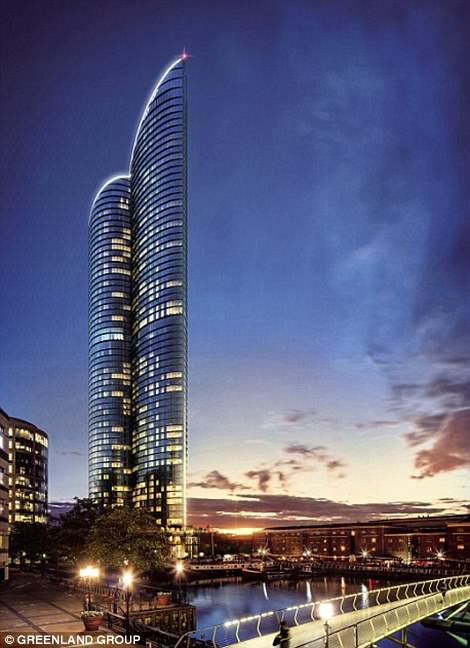 The location, height and design of the building means there will be stunning views across the capital including the City of London 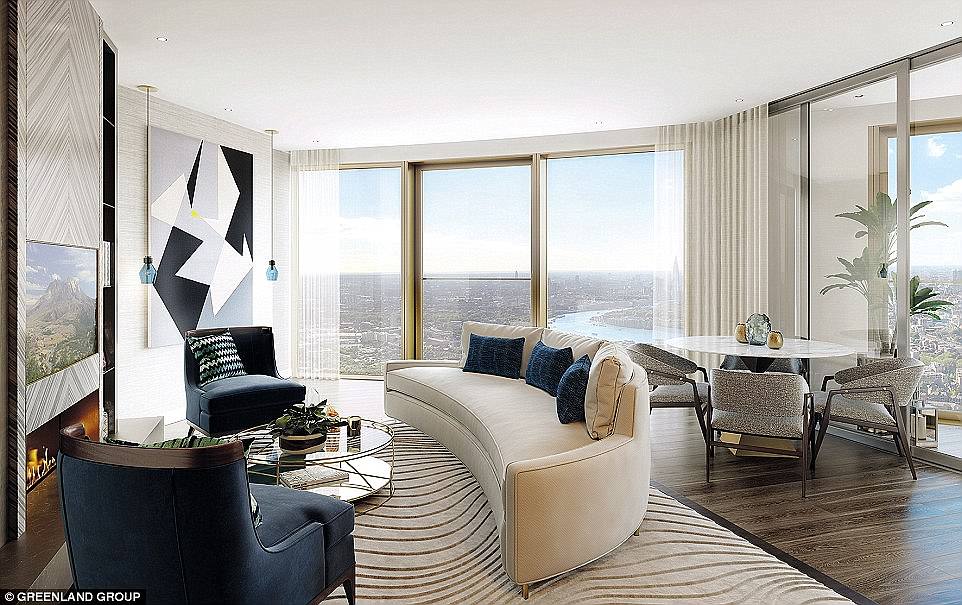 The apartments have been designed with ‘cool living’ at the heart, with large, open plan living areas, like this lounge and dining space 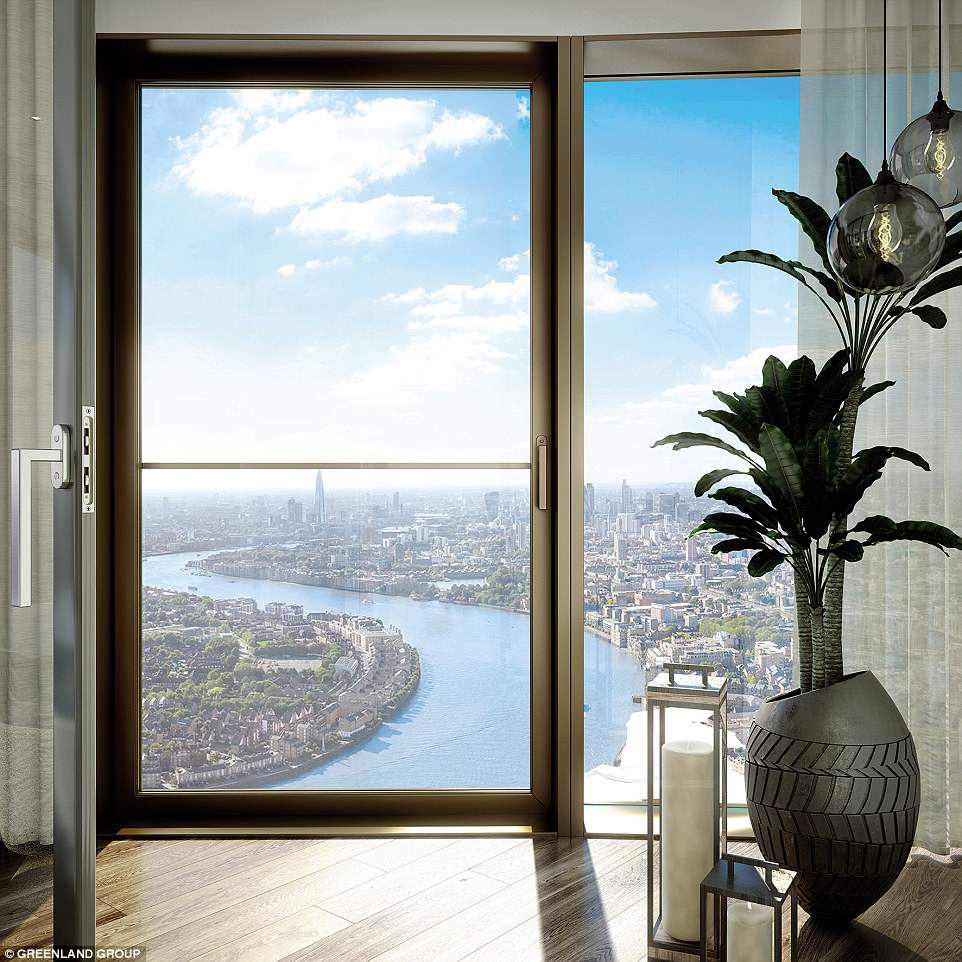 Residents will have views across the capital of the River Thames, Canary Wharf, and the City of London and its numerous landmarks

Current regulations mean that tall commercial buildings are required to provide two or more exit stairwells in case of a fire or emergency.

But residential properties are not subject to the same stringent conditions and are only required to provide one exit route.

‘If you’re building an office block in this country over 36ft, you need two stairwells, but you can build a residential tower to infinity with one stairwell,’ another fire safty consultant told the Sunday Times.

The Chinese developer behind the scheme, Greenland Group, said this week they would be launching a review of the design in order to determine ‘the most up-to-date design specification’.

The developer was also said to be reviewing the economics behind the project because of recent turbulence in the London property market.

Sir David Amess, a Tory MP, said: ‘I would now urge the developer to ensure that there are two vertical escapes for all residents. Common sense tells you that it’s not sensible to rely on one stairwell with these enormously high buildings.’

Spire, in Canary Wharf, will stand at a jaw-dropping 771ft tall if completed to plan and is rumoured to be costing around £800 million to construct.

Once built the block will contain 861 opulent apartments offering panoramic views across the whole of London. 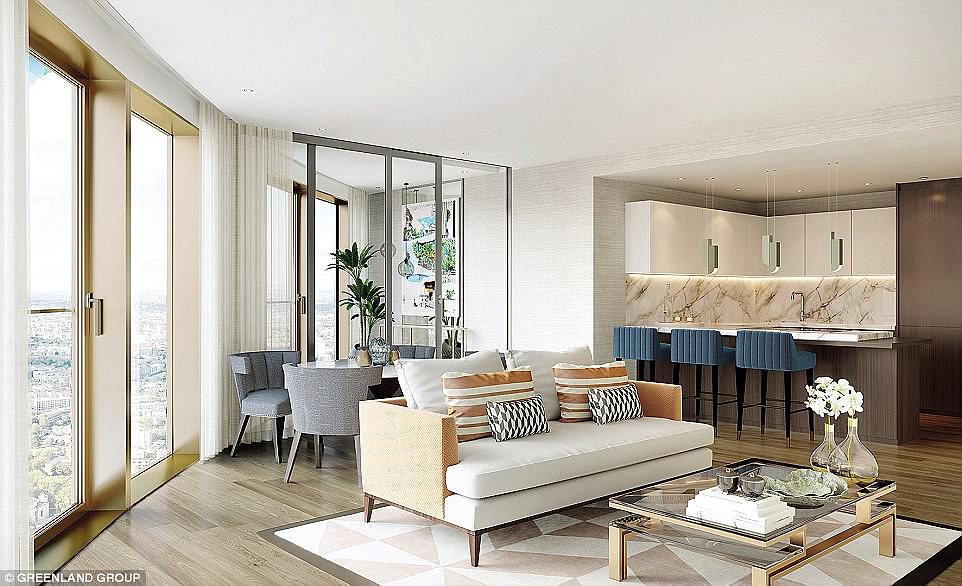 Flats will include designer kitchens with breakfast bars, walk-in wardrobes and private roof terraces, all in an airy high-ceiling space 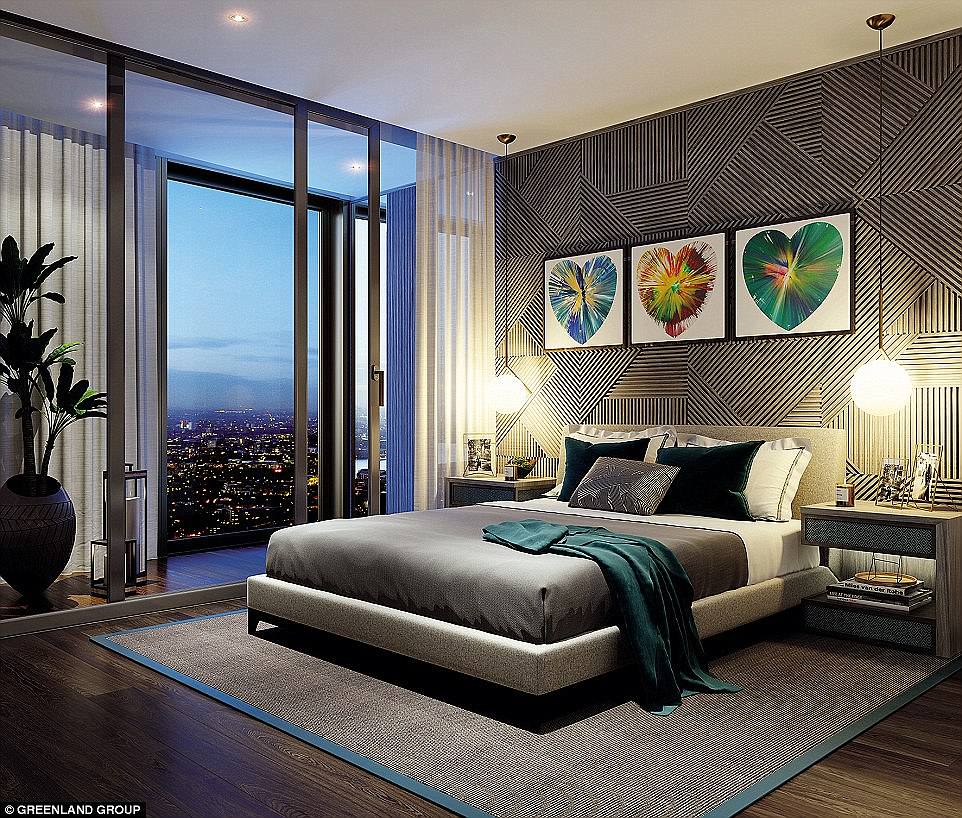 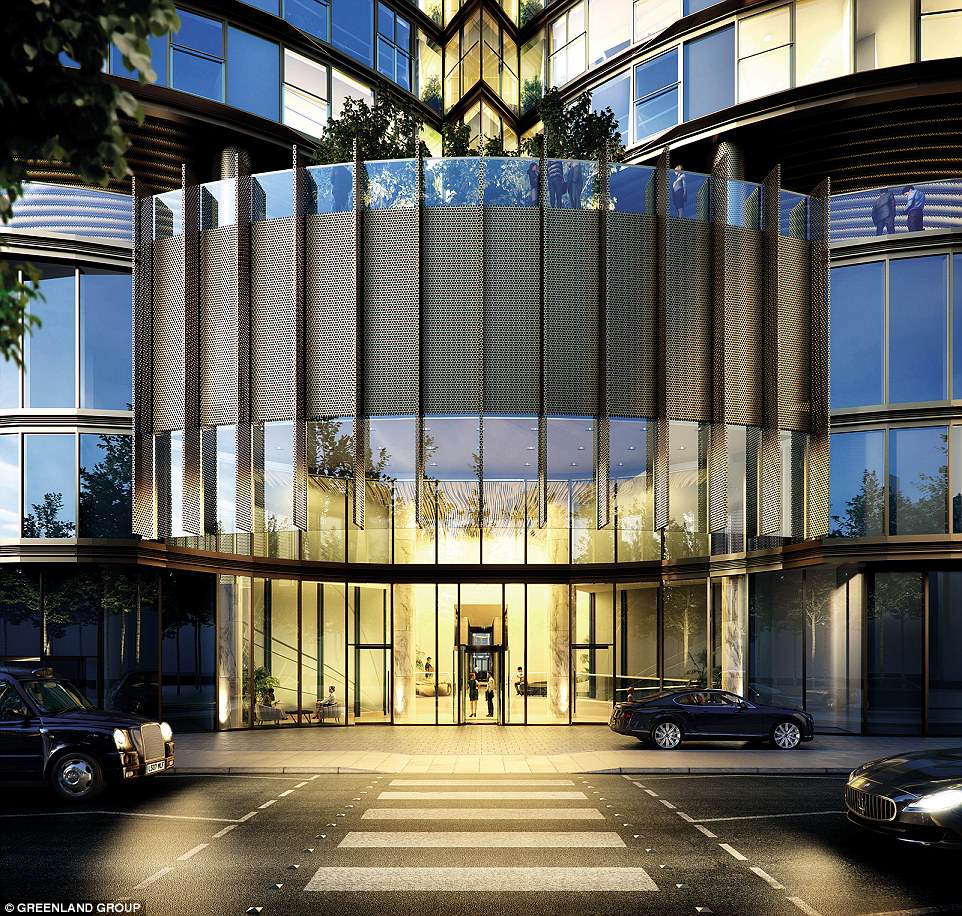 The grand entrance lobby will provide a dramatic first impression for visitors and those who choose to make Spire home. The flats start at £595,000