Gold mine mystery: Experts baffled as to what caused the death of a worker who was buried underneath a pile of debris when the ground underneath him suddenly gave way

A worker is feared to have been killed after the ground below him in a gold mine caved in forcing him to plunge down a 15-metre-deep hole.

Cameron John Goss, 44, from Queensland, is believed to have died while working at the Henty Gold Mine near Zeehan in western Tasmania on Thursday morning.

While completing a load on his machine, it’s believed the ground underneath then collapsed forcing Mr Goss and his machine to fall and become buried under a pile of debris.

Mr Goss is yet to be found but police say it’s ‘highly unlikely’ he survived.

Cameron John Goss, 44, (pictured) from Queensland is believed to have died while working at the Henty Gold Mine on Thursday morning

Daniel Walton, the national secretary of the Australian Workers Union, said Mr Goss had been operating with a colleague at the time of the accident.

‘He was operating down there with one of his workmates, completing a load and having done so, went back to an area which he had previously been operating in,’ Mr Walton told the ABC.

‘The road beneath him has given way, causing him to fall a number of metres down, somewhere in the vicinity of 10 to 15 metres.’

Mr Walton said it wasn’t clear what caused the ground underneath Mr Goss to collapse.

He expects it could take weeks to retrieve Mr Goss’s body.

‘Where the road has given way is quite precarious, it’s quite difficult for anyone to get access to it to perform a recovery or to make a true assessment of what is required to make that recovery.’

Mr Goss had been operating a loader 700 metres underground when workmates lost contact with him about 4am on Thursday.

Three-dimensional imagery taken on Thursday night revealed many rocks had fallen on the loader and completely covered its cabin.

Thermal imaging has been unable to detect any signs of life. 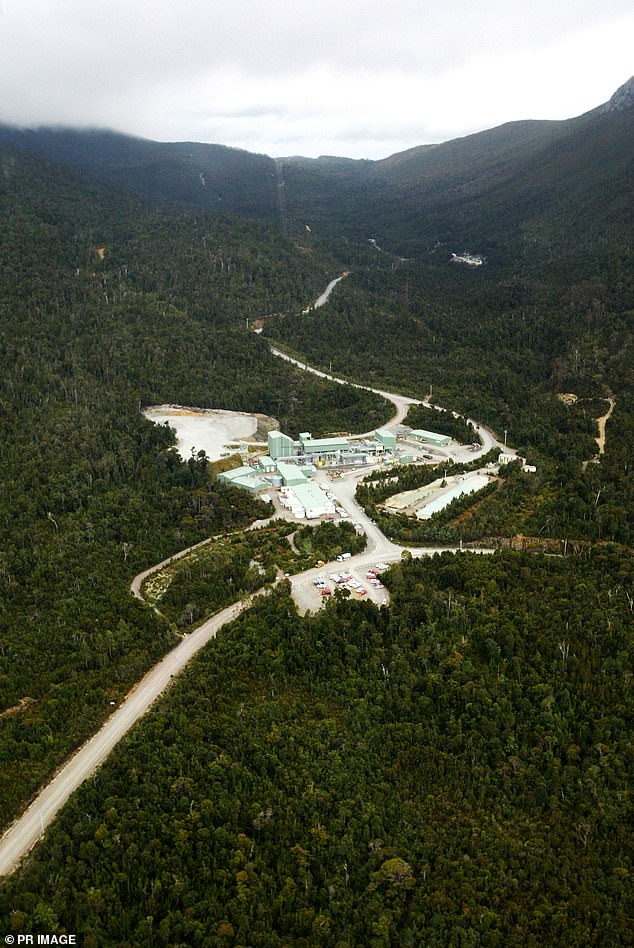 Mr Goss is presumed dead after the ground in the Henty Gold Mine (pictured) gave way, forcing him to fall into a deep hole

‘The loss of our valued colleague is having a devastating effect on our staff and we are encouraging them to make use of counselling services provided through the company,’ Mr Rouse said in a statement.

‘Our thoughts and prayers are with Cameron’s family at this difficult time’.

Tasmania Police Inspector Shane Lefevre said due to the amount of debris, Mr Goss was unlikely to survive.

‘The amount of debris that has fallen into that scene, we now think it’s highly unlikely that our missing miner has survived,’ Inspector Lefevre told reporters.

‘Our thoughts immediately have gone out to the family and friends.’

Counselling services have been offered to staff at the gold mine.

The tiny town was shaken seven years ago when three workers died at the Mt Lyell mine in two separate accidents within months of each other.

Michael Welsh, 55, died in January 2014 when the mine collapsed and his 19-year-old grandson is believed to have been working at the Henty Mine at the time of Mr Goss’s death.

‘They’re a tough mining town and they’ve been through incidents in the past … but everyone goes to work and expects to come home safely,’ Mr Walton said earlier. 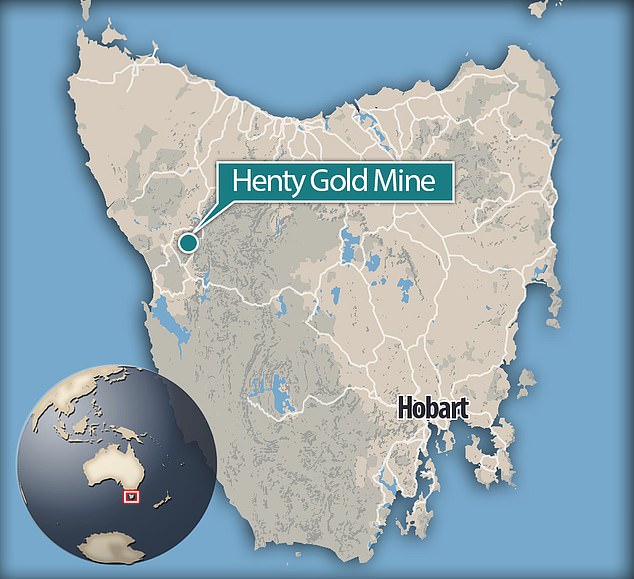 Mr Goss’s body is yet to be recovered by police fear it is ‘unlikely’ he would have survived (pictured: map of Henty Gold Mine in western Tasmania)