Two workers decided to take matters into their own hands when a customer reportedly ‘didn’t pay’ for an overloading skip.

In the jaw-dropping footage, Eddy Barby, from Kingston upon Hull, and Dan Harrison, who work for a skip company, decided to tip the contents of the ‘overloading’ skip into the customer’s front garden because they ‘didn’t pay the bills’.

The video was posted on Facebook and has been viewed 26,000 times so far, while being shared more than 400 times.

He then gives a signal and the waste in the skip starts to be dropped into the front garden.

Mr Harrison can be heard cheering in the background as the 15 tonnes of waste are completely emptied.

Explaining the reason for the drastic action, Mr Barby said the skip would have been too heavy for him to transport on the road.

‘We gave the custumer three weeks to pay for overloading the skip,’ he said.

‘Fifteen tonne was in the skip and would of been too heavy for me to carry on the road!

‘It’s my license at the end of the day.

‘They pulled the ‘we don’t understand card’ so I said understand this and tipped the bin. Causing no damage.’ 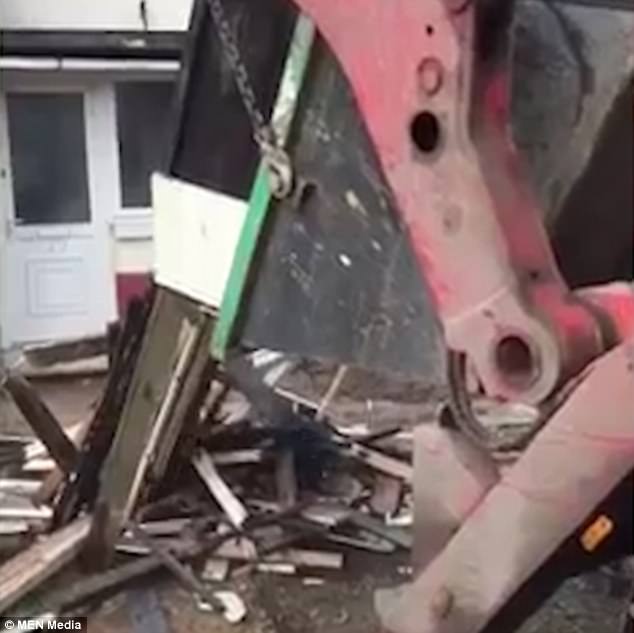 Mr Barby said that they had been waiting for three weeks for payment and said in the video: ‘This is what happens when you don’t pay for your skips’