Working from home, masks in shops and sport: DR ELLIE CANNON answers your questions on coronavirus

Is it safer to stay working from home, or should we be going back to work?

The short answer is both are safe – but some think staying at home would be preferable, just in case.

On Friday, Prime Minister Boris Johnson announced that, as of August 1, the Government will no longer be advising that Britons work only from home.

Boris Johnson has announced that, as of August 1, the Government will no longer be advising that Britons work only from home

But earlier in the week, the comments of the Chief Scientific Adviser, Sir Patrick Vallance, told MPs there was ‘absolutely no reason’ to change current guidance, which stated that working from home was preferable.

Mr Johnson has since said he agrees with Sir Patrick’s stance, but said the onus will be ‘very much on companies’ to decide what employees should do. If employees are called back to work, strict measures must be in place to ensure that this is safe. This includes keeping workers at least one metre apart at all times, and setting up one-way systems and frequent cleaning regimes.

Why is it necessary to wear a mask in a shop, but not in a takeaway?

From Friday, it will become mandatory to wear a mask or face covering in shops in England. Anyone who fails to do so could face a fine of up to £100. Children under 11, shop workers and people with certain health conditions are exempt.

Similar rules already apply in Scotland. However, many were surprised to hear, from the Prime Minister’s official spokesman, that the rules do not apply when visiting a shop to collect or order takeaway food in England. 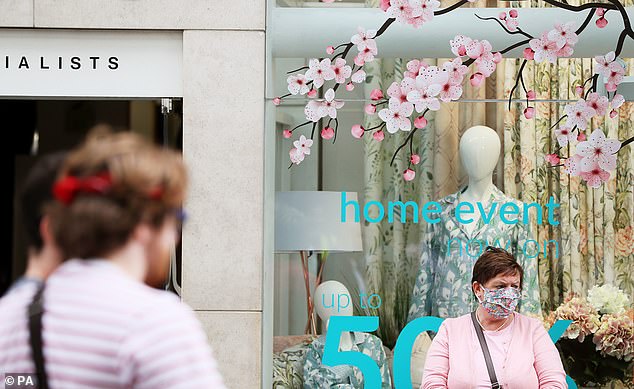 The full Government guidance on face masks and shops has not yet been published. But people are still encouraged to wear masks in enclosed public spaces where social distancing is not possible – even where they are not mandatory. Evidence suggests that wearing a face covering can stop an infected person passing it on to other people.

How close are we to finding a vaccine now?

Normally it takes years, if not decades, to develop vaccines, and they must be rigorously tested to ensure they are safe. However, some experts are hopeful that a vaccination for Covid could be found within the next 12 to 18 months.

According to the World Health Organisation, 140 possible vaccines are in the early stages of development and 23 candidate vaccines are being tested on humans.

In the US, two trials run by Pfizer and Moderna suggest their vaccines produce a good immune response in people.

Next week, scientists in Oxford are expected to report similar results. However, it’s not clear if these reported immune responses are strong enough to protect against Covid-19.

It’s also possible that the vaccines could stop symptoms, but not stop people from passing on the virus to others.

The team behind the Oxford vaccine has warned that news on whether it works is unlikely until the end of the year.

What are the rules for playing and watching sport?

Coronavirus restrictions are gradually being eased, and even more sport will soon be permitted. At the moment in England, you can exercise alone, with members of your household, or with up to five other people from outside your household as long as social-distancing is maintained, and sports such as golf and tennis are allowed.

Outdoor gyms and outdoor swimming pools can open too, and from July 25, indoor gyms, pools and leisure facilities in England will be added to this list. From August 1, skating rinks and bowling alleys can open. 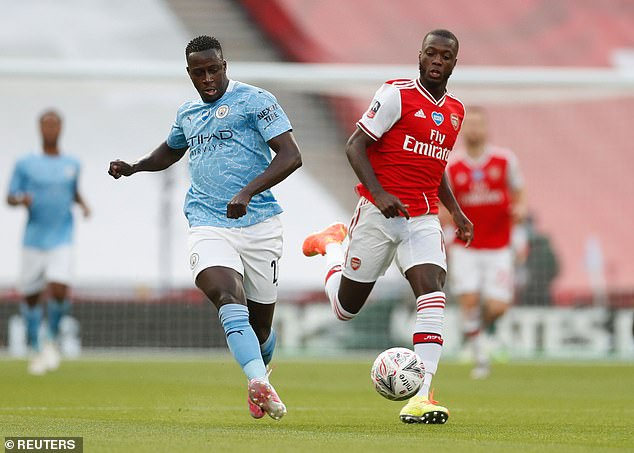 The Government will begin piloting large gatherings in venues, and if all goes well spectators may be able to return to English stadiums from October. Pictured: Manchester City and Arsenal in action at an empty Wembley on Saturday night

The Government will begin piloting large gatherings in venues, and if all goes well spectators may be able to return to English stadiums from October. Social distancing will have to be observed, and one-way systems and additional hygiene measures put in place.

In Wales, all outdoor sport facilities are now open – with the exception of gyms, which open on Monday. You may exercise with only members of your household and one other, unless it is an organised class or team sport. In Scotland, you can exercise outdoors with members of up to 15 people from four other households.