A man has died after becoming trapped under a collapsed warehouse storage unit for almost 24 hours.

Emergency services had searched for Dzintars Klementjevs, believed to be in his 40s, for over 17 hours before he was found dead at the scene.

Culina Logistics confirmed the death of Mr Klementjevs and said he had worked at the depot for six years.

Staff were sent home from the Culina Logisitcs depot in Surrey on Thursday afternoon, after emergency services were called to the warehouse following reports of fallen shelving.

The multi-response incident was being led by Suffolk police and included Suffolk Fire and Rescue as well as the East of England Ambulance service.

Steve Winwood, CEO of Culina Logistics, said: ‘On behalf of the Culina Logistics business and further to the statement made yesterday, it is with the deepest regret that I am now in a position to confirm that a serious accident occurred on 22nd November 2018, which tragically resulted in the fatality of a Culina Logistics employee, Mr. Dzintars Klementjevs at our Haverhill site.

‘Dzintars had worked with the company for 6 years in total, initially through an agency and then appointed directly, and was a highly valued and respected member of the warehouse team. He will be sadly missed.

‘Our thoughts are with his family, friends and colleagues at this extremely sad time.

‘The Management Team is cooperating fully with the authorities to establish the circumstances surrounding this tragic accident.’ Culina had previously issued a statement confirming the incident.

A Suffolk Police spokesman said: ‘A man, in his 40s, had suffered fatal injuries and had died at the scene.

‘Next of kin have been informed. No one else was injured and there is no wider threat to the public.

‘Officers are continuing to investigate alongside colleagues from other organisations. Emergency services are still at the scene.’

The warehouse, which is reportedly around the size of eight football pitches, stores products from brands such as Alpro, GU chocolate puds, Vimto and Tyrrells. 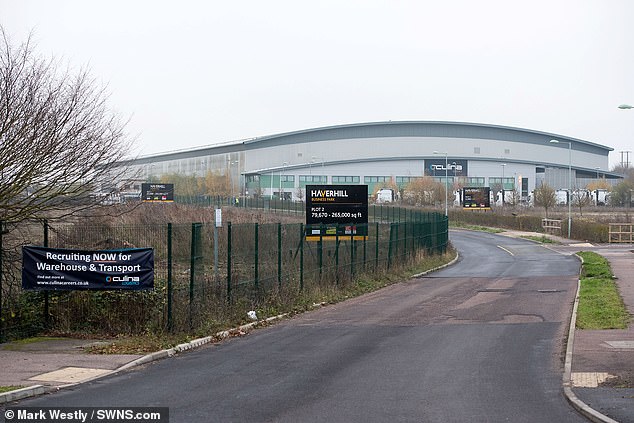