Xavier Equihua, the CEO of the WAO said that trendy restaurants are ditching the once popular snack   – a key indigent for guacamole – and making alternatives with the likes of fava beans, which he claims takes almost 10 times the water needed to produce per kilo.

It comes as Wahaca – the biggest Mexican chain in the UK –  introduced a fava bean ‘Wahacamole’ on its menu.  Created by co-founder Thomasina Miers in response to the environmental and social damage that avocados can cause, the dish uses locally-grown organic fava beans.

On one hand, growing fava beans takes slightly more water per kilo than avocados, and the WAO claims that new farming methods can reduce the amount of water needed per kilo to grow the food by around 1,400 litres.

That said, fava beans can be grown in the UK, and therefore the carbon footprint from transporting them is less.

However, speaking to FEMAIL  Dr Jim Scown, Farming Transition Lead for the Food, Farming and Countryside Commission said that it’s best to get locally-grown vegetables.

‘Avocados are a mainstay of plant-based diets in the UK, but are mostly grown thousands of miles away. It’s understandably a thorny issue for anyone wanting to pursue a sustainable diet.

‘There’s no easy answer: it’s not just a question of less and better meat, but also more, and better, UK-grown fruit and vegetables, nuts and pulses.

‘Government needs to support farmers and growers to produce food in a way that uses less water, supports an abundance of species, and produces fewer greenhouse gases while helping to capture and store carbon.

‘The latest Farming for Change research shows that it’s possible to do this, and feed everyone in the UK healthy, affordable food.’

Wahaca’s move to reduce avocado from its menu follows a group of independent cafes in the UK which have ditched avocados altogether.

Speaking to Femail, Xavier claimed avocados have a ‘small water footprint’ and ditching meat is a much better move for the environment.

‘It is comical to see how these few London-based chefs propose to eliminate or substitute avocados with other products as is the case with the ‘fake’ guacamole made with a product that requires the equivalent of almost 10 times more litres of water to produce a kilo of avocados,’ he explained.

‘It is equally difficult to understand how they can talk negatively about a product with such a small water footprint when their menus are full of products that require thousands and thousands of litres of water to produce a single kilo.

‘If they really wanted to be allies of the environment they would stop serving meat and dairy products and only serve products with a water footprint like avocados or less’.

He added the ‘hypocrisy does not stop with the fake guacamole’  as the chefs also keep ‘dozens of ingredients on their menus with a much larger water footprint than the avocado’. 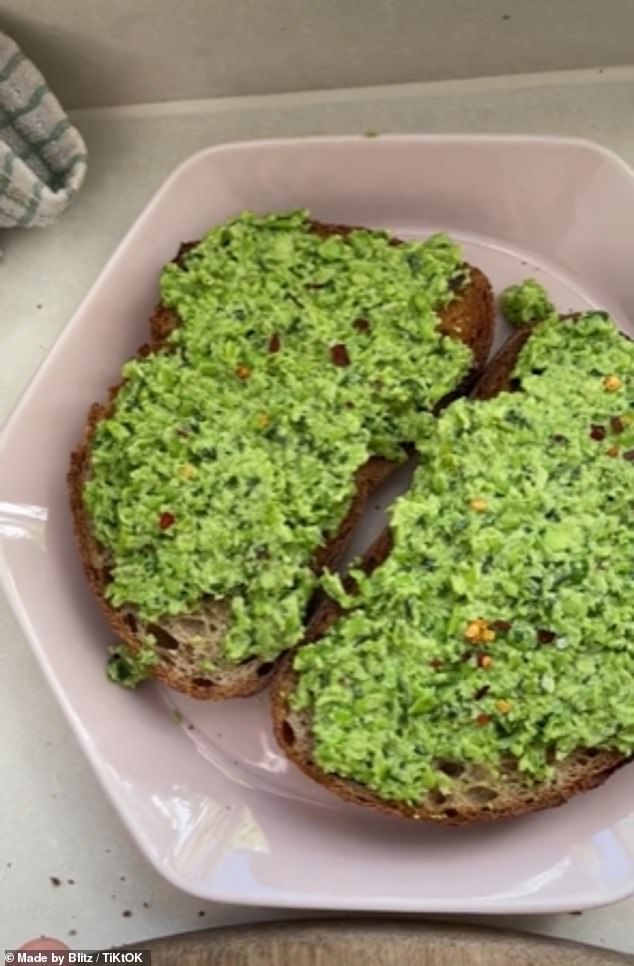 The avocado dip! Millenials have ditched their beloved fruit and are making frozen peas on toast instead

Xavier cited meat – claiming it requires up to 14,000 litres to produce one kilo –  and livestock production being the main agricultural source of greenhouse gases in the world.

‘Avocados are grown on trees which are considered the lungs of the earth because they convert carbon dioxide into clean oxygen,’ he added.

How much water does it take to produce avocados vs fava beans?

According to HEAL label, an organisation that looks at sustainability in food and the water footprint network avocados need just under 2,000 litres of water per kilogram to grow, while fava beans is just over 2000.

However, some new farming methods show the avocados can be grown for as little as 600 litres per kilogram in areas where the land is suited to the crop.

The WAO told FEMAIL that some of their members have been able to make advances across the board from water irrigation innovation to capturing water from the snow capped Andes in Peru (which is the largest supplier of avocados to Europe).

This is all in addition to the rain water that naturally irrigates the avocado production of several producing countries such as a Colombia and Mexico.

While avocados carbon footprint is very high compared to other fruits. It’s still much lower than meat of dairy.

Last year, Tincan Coffee in Bristol replaced ‘avo’ with pea guacamole after they were judged not to ‘fit’ with it’s ‘core beliefs’. The Wildflower Restaurant in South London followed suit, citing the violence in Mexico.

Elsewhere, hashtag ‘noavocado’ has racked up more than 3,000 posts on Instagram – while the Wild Strawberry Cafe in Buckinghamshire substituted avocados, its most popular item, with garlic-sauteed mushrooms on toast last year.

Its owner cited the ‘demand on avocado farmers, pushing up prices to the point where there are even reports of Mexican drug cartels controlling lucrative exports’.

Gen Z have also ditched the fruit  with foodies on TikTok making frozen pea guacamole in a move to lower their carbon footprints.

The WAO was founded in 2016 and represents the producers, exporters and importers of avocados globally.

They added that litre for litre, the water used to produce one kilo of avocados results in one of the highest nutritional returns for humans, and that all avocados sold in Europe and the UK are GLOBALGAP certified – meaning they meet standards for safe, socially and environmentally responsible agricultural production practices.

Avocado sales in the EU, UK and US have grown exponentially in recent years – with it hailed for its health and healing benefits.

But recently there’s been a backlash against the fruit due to it’s harmful impact of the environment.

The labour to make avocados is very water intensive – with some studies stating a  kilo of avocados requires 2000 litres of water to grow.

However, in recent years, the global avocado industry has managed to produce avocados with less water using an average of 600 litres of water, while for popular foods such as rice, pork or chicken, this amount rises to 4,000, 4,300 and 6,000 litres respectively, according to studies by the Water Footprint Network.

While avocados have also been branded bad for the environment, the surging popularity has lead to it being linked with water shortages, human rights abuses, illegal deforestation, ecosystem destruction and general environmental devastation in Mexico.

The problems that come from the West’s trendy fascination with avocados have a lot to do with geography. Some 40 per cent come from Mexico and almost all of that is grown in the rural western state of Michoacan. 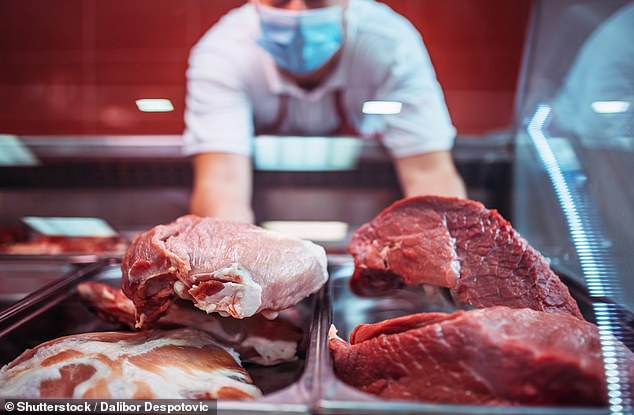 The region’s fertile volcanic soil and temperate climate allow avocados to be harvested all year round (in other countries they can only be harvested in summer). The rich soil means the notoriously thirsty avocado trees need only a third as much water as they do elsewhere.

What’s a climatarian diet and what foods should be avoided?

Dr Alona Pulde suggests being mindful about the following everyday items, including coffee, sugar and palm oil, as they also contribute to increased carbon emissions and deforestation.

● Beef and lamb. Consider limiting or eliminating as they are primary contributors to environmental damage. In fact, beef, mutton and milk production contribute 80% of total greenhouse gas emissions amongst livestock6

● Farmed fish. Require more wild fish consumption than actual fish production. Their feces contribute to water pollution, while the crowding of fish can breed bacteria and other disease

● Coffee. Increased demand has resulted in production that contributes to deforestation, heavy water usage and runoff that pollutes waterways and destroys natural habitats

Mexico’s avocado industry is also accused of damaging the health of locals with the chemicals sprayed on the orchards. Experts are concerned that the fumigation of the trees is behind growing breathing and stomach problems, and may be polluting water supplies.

A Mexican government study concluded that soaring avocado production has caused a loss of biodiversity, environmental pollution and soil erosion. It has also damaged the natural water cycle and threatened the survival of animal species only found in the area. Farmers exacerbate deforestation by using trees for avocado crates.

It comes as local British butchers are thriving despite the rise of vegan and vegetarianism as people are searching for higher quality meat despite cutting down their overall consumption.

Spending on beef, lamb and pork in British butchers jumped by 28 per cent to £338.5 million in 2020 and grew even more in 2021 where sales rose £438million, according to research from Kantar.

However, daily meat consumption in the UK has fallen by 17 per cent across the last ten years, with vegan meat imitations thriving at supermarkets and estimated to be worth £1billion to the UK economy.

A recent report by Waitrose found middle class Brits are ditching meat and adopting a ‘climatarian diet’ in a move to reduce their carbon footprint.

Dubbed the ‘new 5:2 diet’ – a reference to a popular weight loss method where people only diet two days a week – eco-conscious Britons are spending five days a week veggie and treating themselves to meat at weekends.

But it’s not just cutting down meat consumption to be more green, Waitrose shoppers are also looking for other ways to be more eco-friendly with their diets, including minimising food waste by donating excess food and not buying groceries wrapped in excess packaging.

Nearly 70 per cent of Waitrose customers said reducing their climate footprint was either ‘very’ or ‘somewhat’ important.

Meanwhile,  Lifesum, the leading global nutrition app has launched a ‘climatarian’ diet for its users which  focuses on reducing the carbon footprint with plant-based, locally sourced produce.

It isn’t the same as a vegan diet – as it includes eco-friendly meats like chicken – but avoids plants that are environmentally damaging like almonds.