World Cup 2022 play-offs: How do they work? When is the draw? Which teams are involved?

The 2022 World Cup qualifying groups are quickly coming to a close, with the focus now starting to shift towards next year’s play-offs.

A total of four groups have completed their set of fixtures, with the winners and runners-up confirmed, while the remaining six groups will be decided on Monday and Tuesday this week.

The 10 nations qualifying directly for next winter’s tournament in Qatar will then be confirmed, while the 12 play-off contenders – who will battle for a place next March – will also be decided.

Portugal, Scotland and Wales are among eight teams to have already guaranteed spots in the play-offs, while European heavyweights England and Italy wrap up their groups on Monday.

With the group stage now approaching its conclusion, Sportsmail takes you through everything you need to know about the World Cup qualifying play-offs.

Cristiano Ronaldo’s Portugal lost to Serbia on Sunday and will be forced to fight for a World Cup place in next March’s play-offs, while their conquerors progress automatically 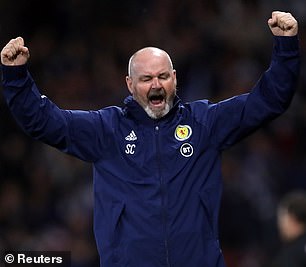 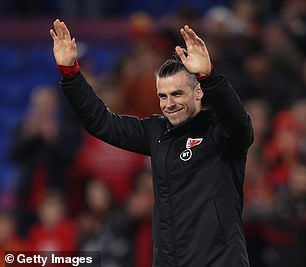 What exactly are the play-offs?

A total of 32 teams will compete at next winter’s World Cup, with Europe set to have 13 representatives, the most of any of the six confederations.

A total of 55 nations were split into 10 groups of either five or six teams, with the winners of each qualifying directly for the World Cup, while a further three places will be determined through the play-offs.

They will take place from March 24 to 29 next year and will consist of the 10 runners-up from the qualification groups, as well as the two best group winners from the 2020/21 UEFA Nations League overall rankings, who have not already qualified or finished in second in their respective World Cup group.

The 12 teams will be drawn into three play-off paths, with one-off semi-finals and finals taking place and the three winners then qualifying for Qatar.

How does the draw work and when is it?

There will be six seeded nations for the play-offs, with the two sides joining via their Nations League ranking coming in unseeded.

Those seeded will be afforded the luxury of playing at home in their semi-final clash.

Of the 10 nations to qualify for the play-offs as group runners-up, seedings will be determined first by the number of points they have amassed, before goal difference, goals scored, away goals scored, number of wins and number of away wins come into play – in that order.

Should any nations still be inseparable, seedings will be determined by disciplinary records. And finally, should that still not be enough, the access list for the UEFA Nations League 2020/21 – which initially ranked the 55 teams – will be used.

A further draw will also be conducted to determine which semi-final winners will play at home for the three finals.

The play-off draw will take place on Friday November 26, which is 10 days after the final European group stage qualifiers.

It will be held at FIFA headquarters in Zurich, Switzerland and will commence at 4pm UK time.

Which nations have confirmed a play-off spot?

As stated, four groups have already been completed, being A, B, H and J, with Portugal, Sweden, Russia and North Macedonia finishing as the respective runners-up and therefore booking a place in the play-offs.

Though Group F still has one game to play, Scotland are guaranteed to finish in second place and will therefore progress to the play-offs.

Meanwhile, Austria – who can’t finish higher than third in Group F – are already guaranteed to be one of the teams competing due to their Nations League ranking. 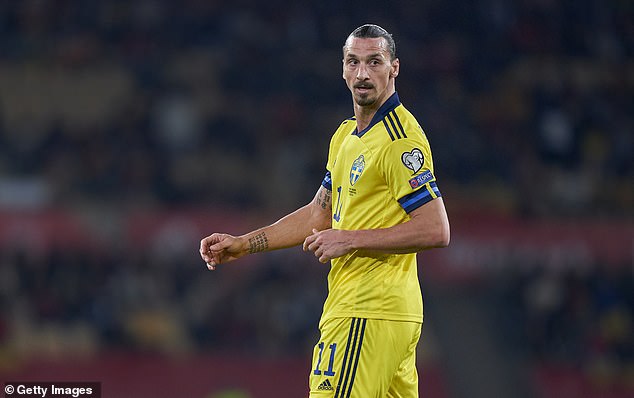 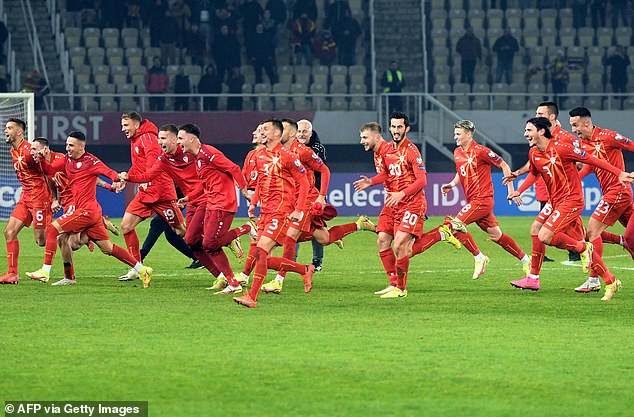 The order in which the two teams would enter via the Nations League, should they be required to do so, is Wales, Austria and the Czech Republic, with no other nation now in contention.

Wales and the Czech Republic are currently battling for second place in Group E, with one guaranteed to finish as runner-up and the other in third. Neither can catch group winners Belgium.

The team who finishes in second will progress to the play-offs and put themselves in contention to be seeded, while the team in third will progress due to their Nations League ranking.

Who are the current runners-up still in play?

There are six groups still to be completed, though as stated Group F has already been decided, with Denmark taking top spot and Scotland progressing to the play-offs as runners-up.

In Group C, Italy and Switzerland – who sit in first and second place respectively – cannot be caught, with at least one qualifying for Qatar and the other settling for a play-off place.

The group will be decided on Monday evening, with both sides separated by goal difference alone as things stand. Italy travel to Northern Ireland, while Switzerland host Bulgaria.

In Group D, France have already been confirmed as winners, with Finland and Ukraine left to battle it out for second place.

They complete the group on Tuesday with Finland hosting France and Ukraine playing Bosnia and Herzegovina away.

Group E has already been explained, with Wales and the Czech Republic guaranteed a play-off spot but still fighting it out for second place.

Group G is set for the most exciting finish, with the Netherlands, Norway and Turkey all still able to qualify in first place.

The Netherlands take on Norway at home in Tuesday’s exciting finale, while Turkey travel to Montenegro.

Finally, we have Group I, with England expected to confirm their qualification on Monday night as they play San Marino at home. Unless there’s a truly shocking result, Poland will progress to the play-offs as runners-up. 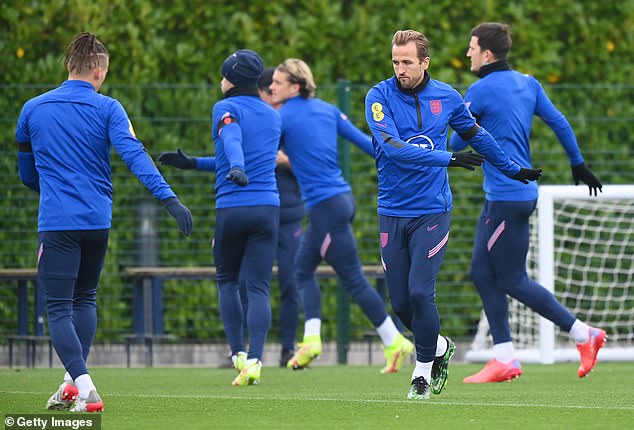 Who has already qualified as group winners?

While there are a number of teams still battling it out for both automatic qualification and a place in the play-offs, let’s quickly list those who have already booked a spot in Qatar.

The first to do so was Germany, who went on to win nine of their 10 games as they topped Group J with ease.

Following them was Denmark, who have won all nine of their Group F games to date, conceding just one goal.

Elsewhere, France, Belgium, Croatia, Serbia and Spain have all confirmed their spots in Qatar. 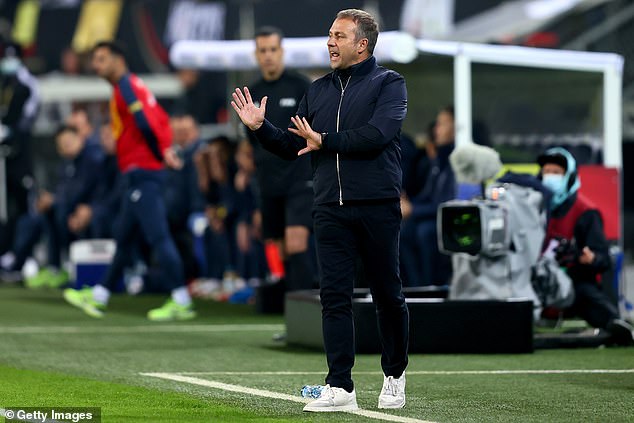 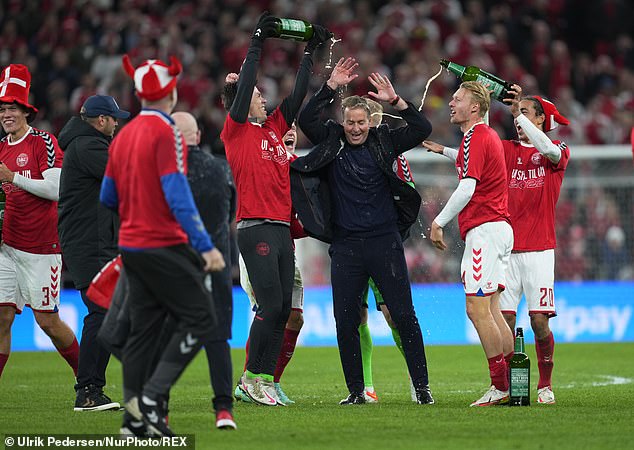 Denmark, who have won all nine of their games to date, were the second nation to qualify

When does the World Cup start and how will it work?

The first ever winter World Cup will take place between November 21 and December 18 next year with a total of 32 teams – initially split into eight groups of four – competing for the grand prize.

The group stages will begin on November 21 and will run for 12 days, with four matches being played on each.

Typically, the top two teams from each group will progress to the round of 16. There won’t be any third-place teams progressing to the knockouts, as we saw at Euro 2020 this summer.

In another difference to Euro 2020, there will be a third-place play-off taking place at the World Cup.

The group stages will come to an end on December 2, with the round of 16 then played from December 3-6.

The quarter-finals will then take place from December 9-10, before the semi-finals are played on December 13 and 14.

The final of the 2022 World Cup will take place on Sunday, December 18.