Tite’s men cruised past the Asian side 4-1 in their last-16 tie on Monday night, with the star forward on the scoresheet as he returned to the team after suffering an ankle ligament injury in the group stage.

And during the match, Neymar appeared to copy an outrageous Messi-esque piece of improvisation as he used the referee to beat two opponents, in an echo of the Argentine doing the same thing at Barcelona. 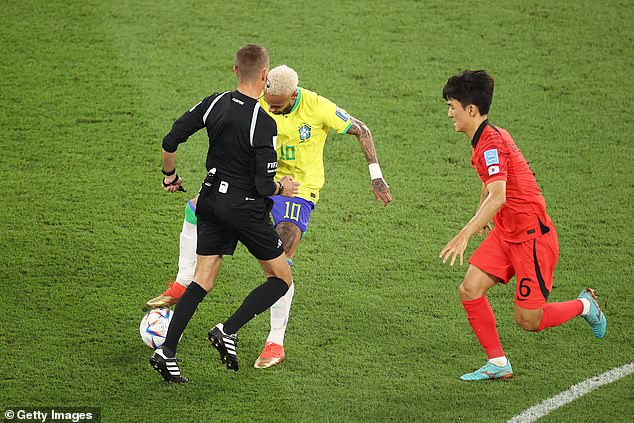 In a 4-1 win over South Korea in the World Cup last 16, he used the ref to beat two defenders

Neymar, with his back to the South Korea goal, received a pass from a team-mate, with official Clement Turpin a yard away and facing him.

The 30-year-old then deliberately took a touch towards Turpin, so that the ball was almost between the referee’s legs and the pair were face-to-face as defenders close in from both sides.

As the opposing duo sprinted closer and the ref backed away, Neymar dragged the ball back and with a quick flick had escaped the press and burst forwards. 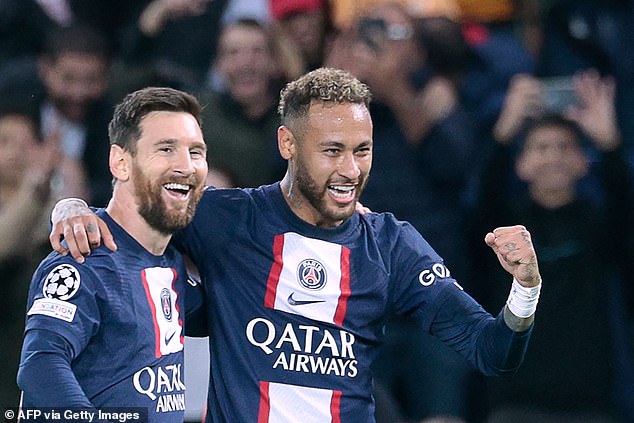 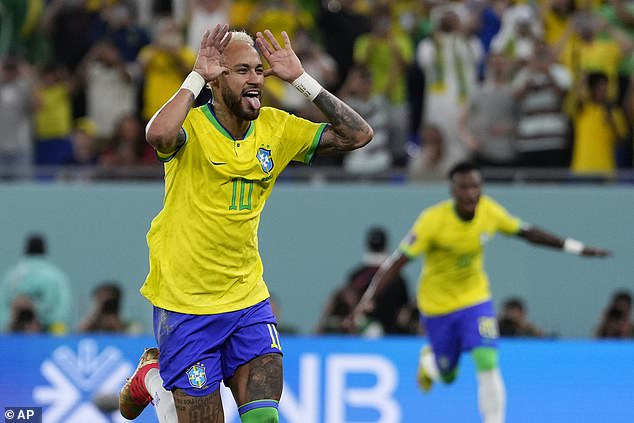 Vinicius Junior opened the scoring for Brazil against the South Koreans, with Neymar netting from the spot six minutes later, with Richarlison and Lucas Paqueta making it 4-0 at the interval, before Paik Seung-ho scored after the break.

Neymar’s return to the side, after missing the group-stage games against Switzerland and Cameroon, is a massive boost for the Selecao, who now face Japan’s conquerors Croatia in the quarter-final on Friday.