Kylian Mbappe has opened up on why he has failed to appear at several World Cup press conferences – and claimed he will pay the resulting fines to the French FA personally, as Les Bleus face a looming quarter-final date with England.

The France forward has been a standout performer at the Qatar tournament and finally spoke to the media after being named man-of-the-match due to a scintillating two-goal showing in their 3-1 win against Poland in their last-16 tie on Sunday.

Amid a media circus over his PSG future amid links to Real Madrid, Mbappe told RMC Sport his no-shows were because he wanted to remain totally focused on his team’s matches – and insisted he will step up and pay the federation’s fines himself. 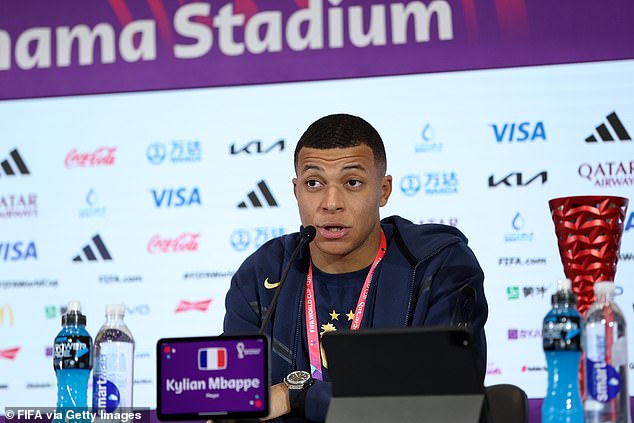 ‘It was just that I always have this need to concentrate on my competition and when I want to concentrate on something, I need to do it at 100 per cent and not lose energy to something else. That’s why I didn’t want to present myself (to the press).

‘I learned recently that the Federation (French FA) was going to have a fine. I undertake to pay it personally, the Federation must not pay a decision which is personal.’ 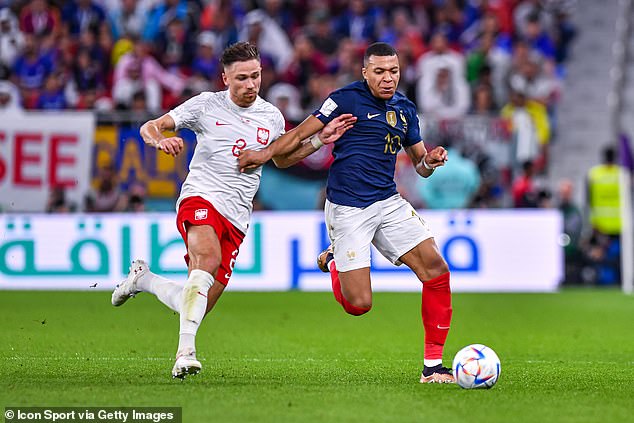 Mbappe is the competition’s top scorer with five, two clear of rivals in the Golden Boot race

The 23-year-old superstar was also named man-of-the-match in group-stage wins against Australia and Denmark, meaning he would have compulsory media duties after those games.

Mbappe is the top scorer in the competition with five after a brace against Poland, following a goal against the Socceroos and a double to beat the Danes, two clear of any other player in the Golden Boot race.