Morocco made a late change to their starting line-up for their World Cup semi-final match against France, replacing Nayef Aguard with defender Achraf Dari.

According to the BBC, the West Ham defender ‘was a doubt’ ahead of the game and may have been injured in the warm up.

Aguerd had been taken off during Morocco’s last-16 win against Spain last week and missed their epic quarter-final win against Portugal, but was handed an injury boost earlier this week, making a recovery to be eligible for selection against France. 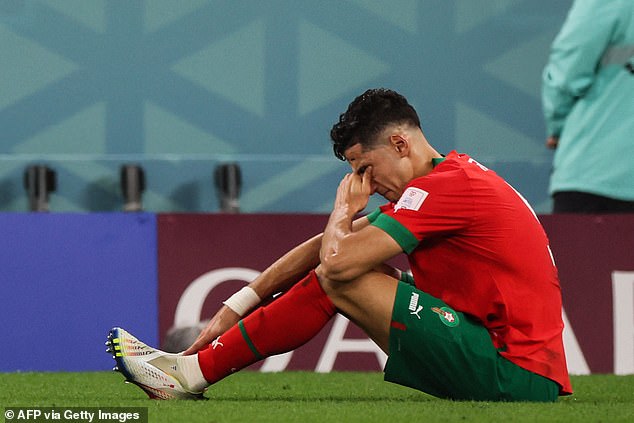 He was included in the starting line up, but Morocco had to withdraw him before the anthems, with reports suggesting he had suffered an injury ahead of the match.

‘They can’t worry and overthink about that now but he is one of their first choice defenders. We thought [Romain] Saiss might be the one missing out.’ 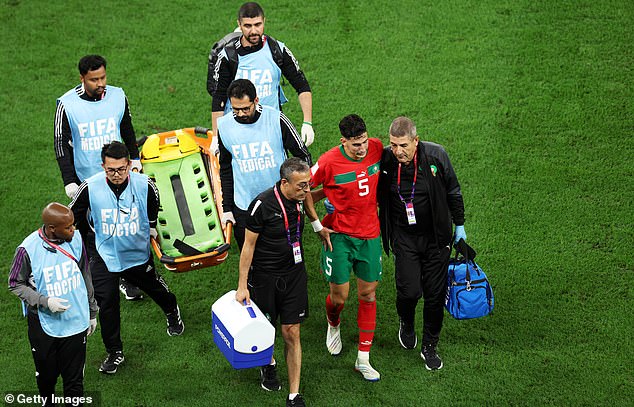 Danny Murphy, who was on pundit duty for the BBC, echoed his comments: ‘Very late change wasn’t it, they’ve obviously given him every opportunity to play, it is a blow for them because he’s been terrific.’

It comes as not the first time during the tournament that Walid Regragui has been forced to make a last minute change before the anthems, with goalkeeper Yassine Bounou disappearing in strange circumstances just moments before they kicked-off against Spain. 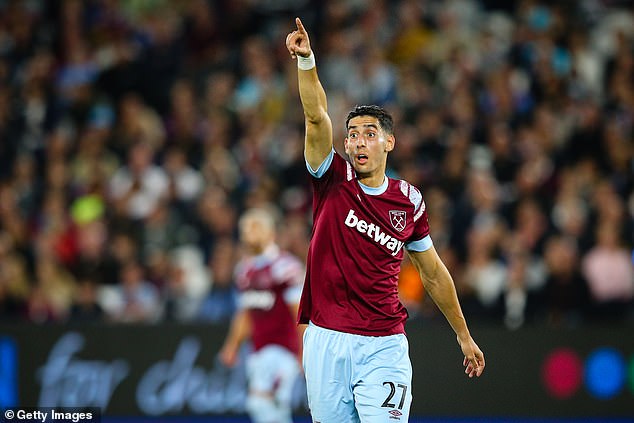 Despite being included in the starting line-up, was subsequently replaced by their second ‘keeper Munir Mohamedi who kept a clean sheet during their round of 16 upset against Spain.

Meanwhile, West Ham fans will be concerned at the fitness of Aguerd, who joined from Rennes last summer, but had to wait for his first Premier League debut, after an ankle injury sustained in pre-season left him needing surgery.