Violent Russian thugs who attacked Liverpool fans in Ukraine have issued a stark warning to England supporters planning to attend the World Cup.

The group’s followers have released a string of messages on social media claiming responsibility for the violence in Kiev, which saw Brits hospitalised.

Violent Russian thugs who attacked Liverpool fans in Ukraine have issued a stark warning. Pictured: The French ultras known as the Orel Butchers 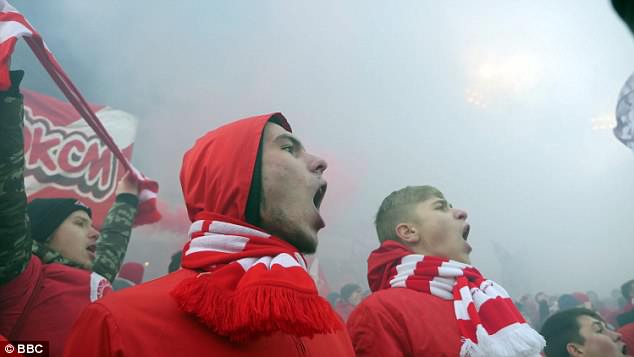 ‘F**k em up CSKA’, wrote one Ukrainian hooliugan, referring to the Russian football club CSKA Moscow (whose fans are pictured)

The Trouble Company is made up of fans of the CSKA Kiev team, which disbanded in 2009 after financial troubles – however, its support have close ties with Russian team.

Fans have also been warned about the neo-nazi White Boys Club – who follow the city’s successful Dynamo Kiev team.

It is feared Troubled Company hooligans have forged links with other firms across the continent, including Russia. 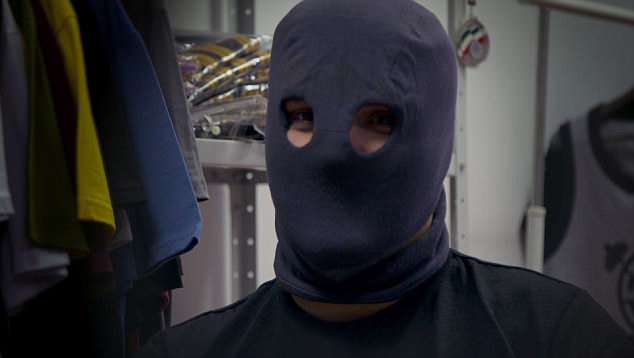 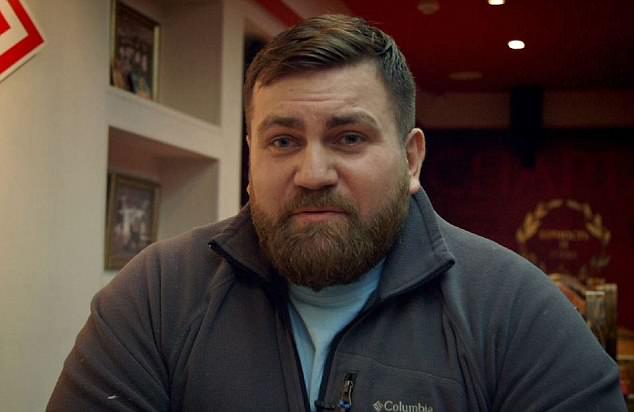 Vasily Stepanov (pictured), one of the most notorious hooligans, in his heyday wore a gum shield branded with his nickname ‘killer’ 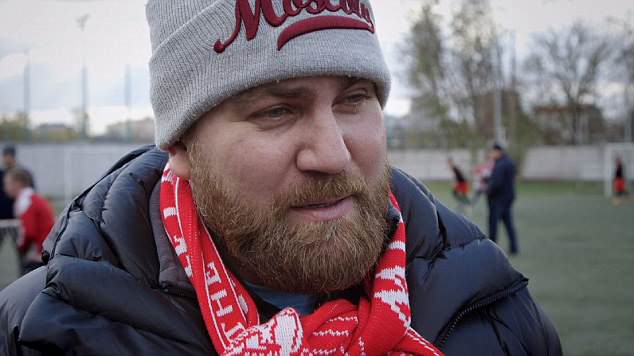 Many members speak Russian and the men who attacked Liverpool supporters in Kiev wore shirts which Russian slogans.

On Thursday vicious thugs wearing skull bananas attacked a group of Liverpool supporters in Kiev as they enjoyed a quiet diner.

And the same day a blood-soaked suspect was pictured in handcuffed wearing a T-shirt emblazoned with the Trouble Company emblem.

Police began to explore the possibility Russian hooligans were to blame.

Callum Pearce, a Liverpool fan in Kiev, wrote on Twitter: ‘Just been attacked by three lads dressed in black, one took me down and robbed our flag, left my phone and wallet which was lucky.

‘Another lad got smacked in the face, seems like they are only after banners.

‘Happened outside Shevchenko Park [in central Kiev] police nowhere to be seen.’

It comes as thousands of England fans prepare to travel to Russia in support of the Three Lions. Fans will arrive in the cities of Nizhny Novgorod, Kaliningrad and Volgograd.

All three Russia cities are a 15-hour drive from the Ukrainian border and it is feared organised hooligans was converge on in order to launch attacks.

At Euro 2016 England and Russia clashed the two nations met in France and England fans were injured in the fracas. 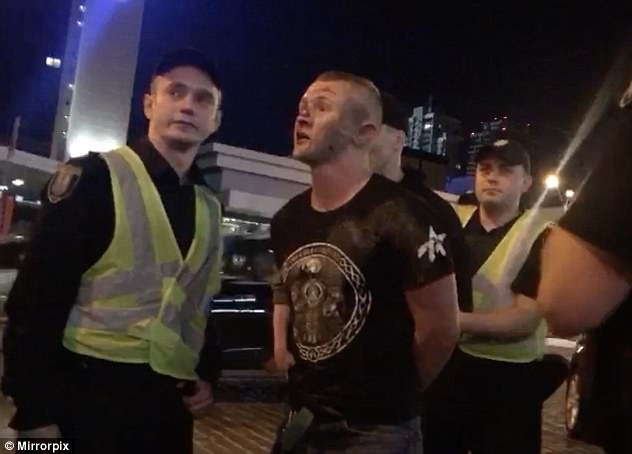 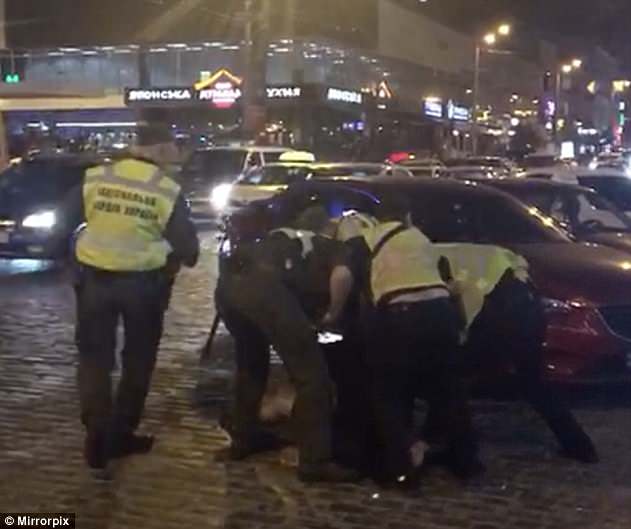 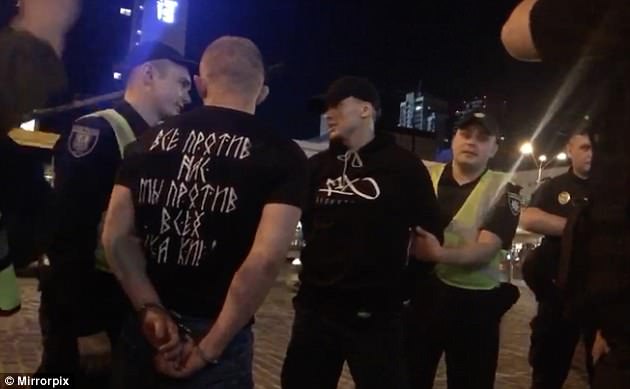 And Liverpool fans who were due to fly out to Ukraine had their flights cancelled – prompting the city’s mayor to brand it an ‘utter shambles’.

Almost 1,000 supporters already faced missing the game of a lifetime after operator Worldchoice Sports cancelled three flights because it did not have sufficient landing slots at Boryspil Airport.

Liverpool then said a further flight booked through Myriad Travel and Crown Travel had also been cancelled.

City mayor Joe Anderson said he was working with his Kiev counterpart – former boxer Vitali Klitschko – and airlines to find a solution for all those who face missing out, but sent an update on Wednesday afternoon saying he was ‘gutted’ he was unable to find a solution.

He wrote on Twitter before the latest cancellation: ‘Hugely disappointed that our efforts to sort #LFC fan flights has not worked @Vitaliy_Klychko & airport directors did all possible with landing slots and planes but not able to get over the line. Frustrated by utter shambles faced by loyal fans.’

‘The company has said it can’t resolve it, we have to respect that. Gutted we got so close,’ he added.