On some levels, the USA’s performance in this World Cup wasn’t that eye-opening.

The USMNT have now made it to at least the Round of 16 in four of the last five World Cups they’ve qualified for, so the result was a familiar one in Qatar despite some fresh faces.

Nonetheless, Gregg Berhalter’s squad – the second-youngest at the tournament – featured just one player with World Cup experience and much of the current core have a future with the team.

While the USA’s stay in the tournament was shorter than they would’ve liked, it did provide us some valuable insight into the squad.

Here, Sportsmail takes a look at what we’ve learned from the USA’s World Cup journey…

Tyler Adams is the captain of the future

The USA entered the tournament without a set captain, and Berhalter waited until the night before they began their tournament against Wales to announce Adams as his man.

But while the official decision may have felt delayed, it was certainly not incorrect.

Adams proved both on and off the field why he deserved to captain the USMNT, and at just 23 years old, it’s a role that he can expect to hold for quite some time.

The Leeds United midfielder was a standout performer in the group stage, as the USA allowed zero goals from open play and outplayed England in an impressive 0-0 draw. 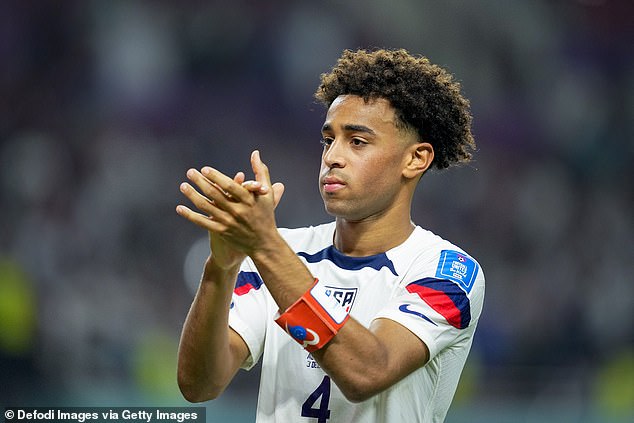 Adams ran more than anyone else through the US’ first two games as part of an impressive midfield three.

But the Wappingers Falls, NY native also shined off the field, as he maturely responded to being told he was mispronouncing ‘Iran’ and being asked a host of politically charged questions.

There were mistakes in his play against Holland but this tournament was overwhelmingly positive for him as he starred on the world stage.

Depth is still a major problem

While the USA boasted a fairly formidable starting lineup in Qatar, the drop off in quality to their bench was significant and played a role in their exit from the tournament.

Only 13 outfield players started a match in the tournament, and the team ran out of gas against Holland in their 3-1 Round of 16 exit.

And when Berhalter did call on his bench to make an impact, the results weren’t great. 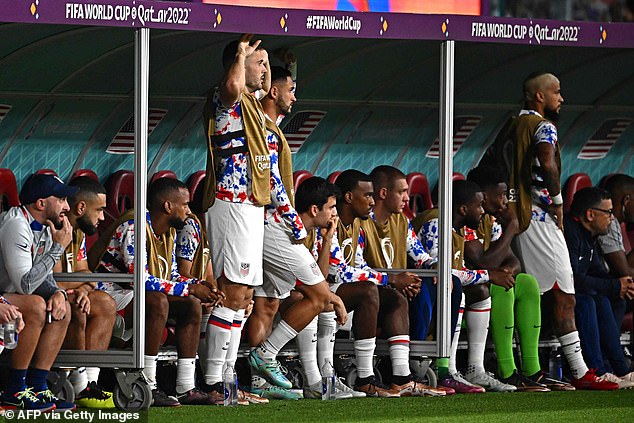 Shaq Moore struggled on the ball, Haji Wright didn’t offer much up front (besides his accidental goal vs. Holland) and even the Premier-League tested Brenden Aaronson lacked final product.

In a tournament where teams like Brazil, France and England have been able to keep their squads fresh without consequences, Berhalter clearly lacked trust in a good portion of his roster.

While the US should feel good about their top talent, soccer is often a weak link sport and this tournament showed they have a ways to go in that department.

Berhalter evidently wasn’t enamored with his substitute options, but even his starting choices at striker left a lot to be desired.

All three of his No. 9 options were given starts in Qatar, with none of them particularly impressing.

Josh Sargent started the Wales tie and Iran win and probably emerges with the best reputation among himself, Wright and Jesus Ferreira, but it will frankly be hard for the USA to seriously compete at a World Cup with a Championship striker. 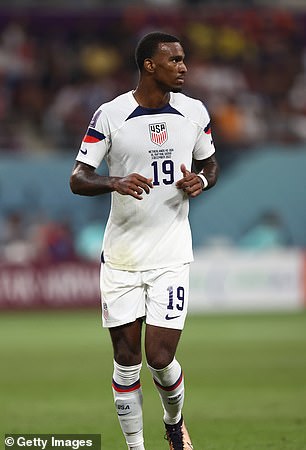 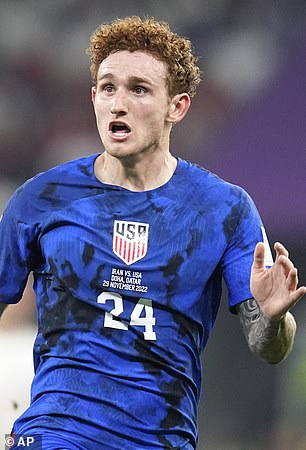 While this issue should improve itself in time for the USMNT, some would argue Berhalter’s selection choices were part of the problem.

Ricardo Pepi was left at home after starting eight qualifiers, Jordan Pefok didn’t make the cut after a Bundesliga goal drought and Brandon Vazquez was not rewarded for a breakout 18-goal season in MLS.

Whether any of the above names improve or someone else emerges, the USA will need a bigger threat from their No. 9 in 2026.

No worries at full-back

Among the cadre of young players in the USA squad were full-backs Sergino Dest and Antonee Robinson, who are 22 and 25 years old respectively.

With Dest entering the tournament woefully short of game time on loan at AC Milan, and Robinson recovering from an ankle injury, you wouldn’t have been faulted for worrying about them prior to Qatar.

But both held up just fine.

Dest, the more creative of the pair in Qatar, assisted Pulisic’s winner against Iran and was a constant possession outlet on the right. 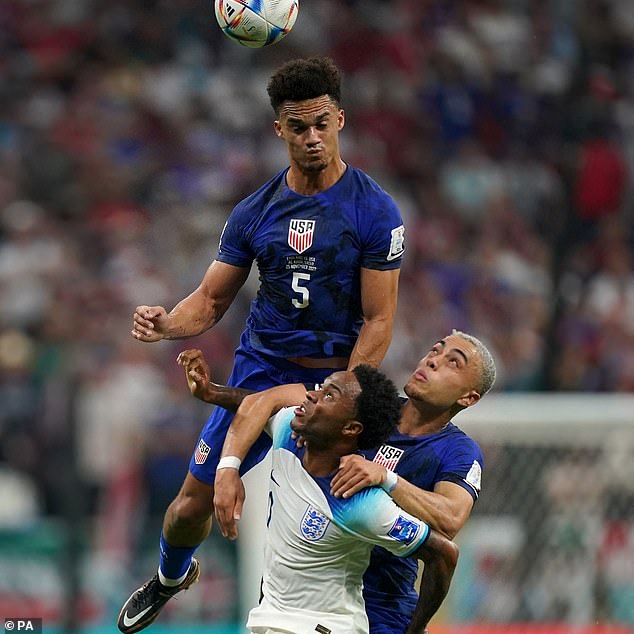 Robinson was solid defensively on the left while also providing forward running on that side.

You’d expect both to continue improving – just how much is to be determined – but in a tournament where Adams and Pulisic got the headlines, Dest and Robinson quietly looked assured and ready for this level as well.

Though he entered the tournament in many people’s preferred XI’s, Gio Reyna hardly played a role in Qatar.

The Borussia Dortmund winger didn’t start a single game and totaled just 52 minutes played in the tournament as he was limited to two appearances off the bench.

And while we don’t exactly know what was going with Reyna amid rumors of a rift with Berhalter and claims of an injury, what became evidently clear during the tournament was that the USA are just not good enough to be leaving him out. 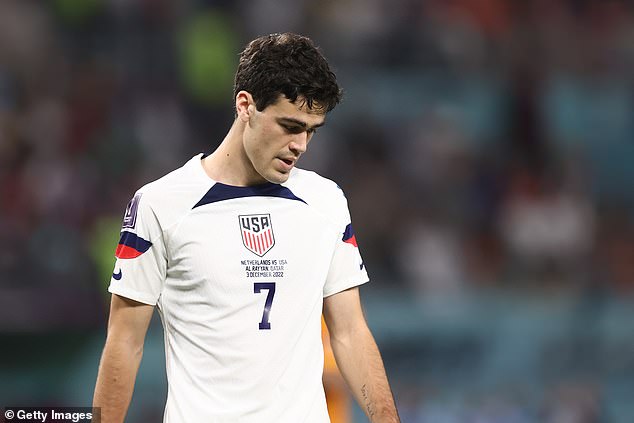 Gio Reyna was curiously given a tiny role in Qatar, despite the side’s lack of end product

The Americans desperately lacked creativity and final product in much of the tournament, and yet the 20-year-old was not given a decent run out until the team was losing 2-0 to Holland.

Behind an organized defensive structure, Berhalter did get results in Qatar and perhaps Reyna was the necessary sacrifice to make that work.

Nonetheless, the decision to use him so sparingly was bizarre and you’d still expect him to play a vital role for the team in the future.

When the final whistle blew on the loss to Holland, there was a sense of disappointment but also finality: this would be the hardest competitive match the USA would play for a while.

While South American countries have the Copa America, European nations have the Euros and so on, the US are not tested to the same degree at the Gold Cup or CONCACAF Nations League.

It’s them or Mexico favored for virtually every regional trophy  – although, maybe Canada will have something to say about that now. 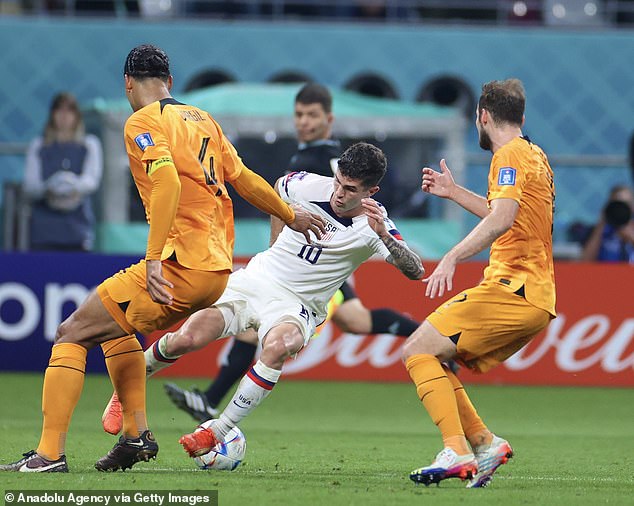 That could change soon, however, as the USA have reportedly made progress  in getting into the 2024 version of the Copa America.

Friendlies are ultimately no substitute for competitive matches, and playing real games vs. non-CONCACAF teams only every four years certainly makes it hard to improve.

Ultimately, that gap in quality (and savvy) was evident vs. Holland, as the Oranje outclassed the USA en route to a 3-1 win, with the Americans spurning chances on the other end.

Copa America games vs. the likes of Brazil and Argentina could be tough lessons, but will ultimately help the USA in the long run and better prepare them for top sides.