World Cup: USMNT coach Gregg Berhalter will NOT be using youth as an ‘excuse’

USMNT coach Gregg Berhalter says inexperience is NOT an ‘excuse as his side prepares to start its World Cup vs. Wales – and adds ‘the truth will come out’ in Qatar over how good his team is

USMNT head coach Gregg Berhalter will not be using the youth of his team as an ‘excuse’ if they fail to make the grade in Qatar.

The USA’s roster is the second youngest at the World Cup with DeAndre Yedlin the only player to have featured at the tournament before.

It’s a case of an unknown quantity for Berhalter’s side, led by Leeds midfielder Tyler Adams, ahead of their opening group game with Wales Monday (2:00pm ET).

The current squad is viewed as the nation’s Golden Generation with Leeds boss Jesse Marsch and USA legend Clint Dempsey excited by their potential.

And Berhalter isn’t prepared to point to inexperience if things don’t go their way in the competition, admitting the ‘the truth is going to come out’ against Wales.

‘We can speculate on whether it is an advantage or disadvantage (being so young), but the truth is going to come out when we play the game,’ he said to reporters Sunday.

‘What I would say is we are just not making any excuses for ourselves. We want to go out and compete. 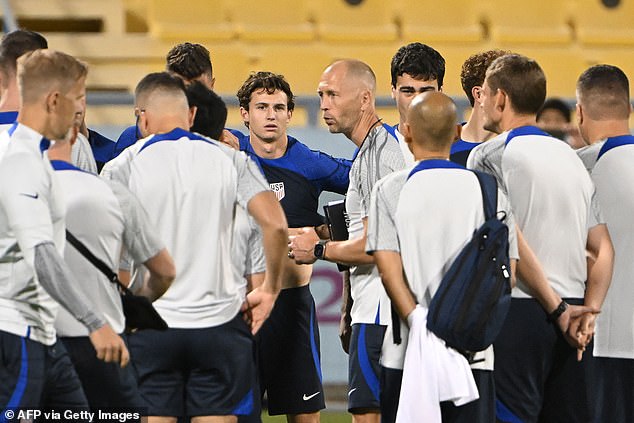 USA had a final training session Sunday before the World Cup opener vs. Wales on Monday 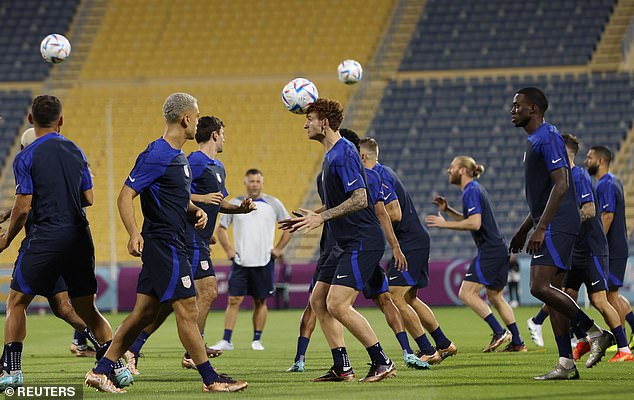 After playing against Wales, USA will take on England and Iran in Group B at Qatar World Cup

‘I see a tremendous amount of focus in the team, and that focus is going to allow us to go for success.

‘Time is going to tell if we are able to play with the best teams in the world. It is a talented group, a young group, but also a group filled with character.’

England are considered as the favorites to progress to the knockout rounds from Group B with the runner-up spot viewed as a straight shootout between Wales and Berhalter’s team, while Iran are outsiders.

The USMNT makes its World Cup bow at the Al Rayyan Stadium vs. Wales following England’s matchup with Iran earlier in the day.

‘You have this game plan that you hope the group can execute, and you have these moments that are unscripted. Moments where you are forced to compete in duels and win duels and win second balls.’

The USA held one last training session at 10:00pm in Doha ahead of the World Cup opener to mirror the late kickoff. 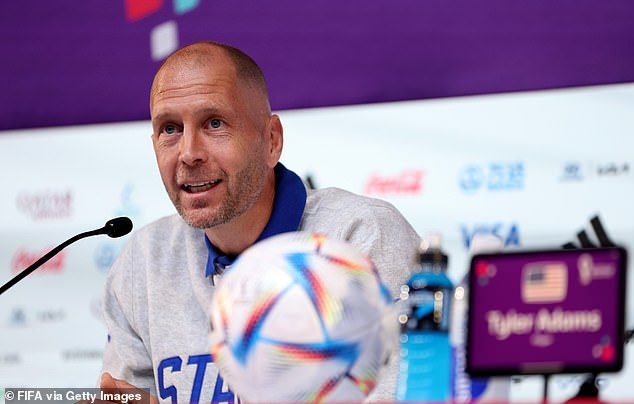