Ending the heartbreak of sudden infant death syndrome could soon be within reach after scientists found a simple blood test could identify babies at risk.

SIDS, also known as cot death, is the unexpected and unexplained death of a healthy baby in their sleep in the first year of life.

Now a ‘game changing’ study by Australian researchers could provide answers after finding babies who died of SIDS had a lower level of butyrylcholinesterase, an enzyme that helps humans rouse themselves from sleep.

Lead researcher Dr Carmel Harrington, a child sleep expert whose own young son died in his sleep, said she hopes the find could make the heartbreak of SIDS ‘a thing of the past’.

‘Usually, if a baby is confronted with a life-threatening situation, such as difficulty breathing during sleep because they are on their tummies, they will arouse and cry out,’ she said.

‘What this research shows is that some babies don’t have this same robust arousal response.

‘Now that we know that butyrylcholinesterase is involved we can begin to change the outcome for these babies and make SIDS a thing of the past.’ 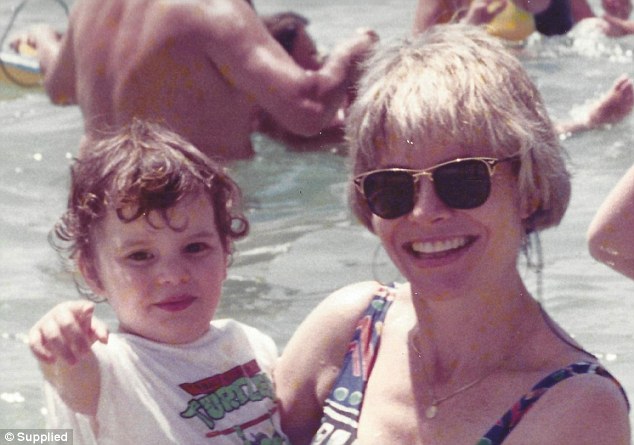 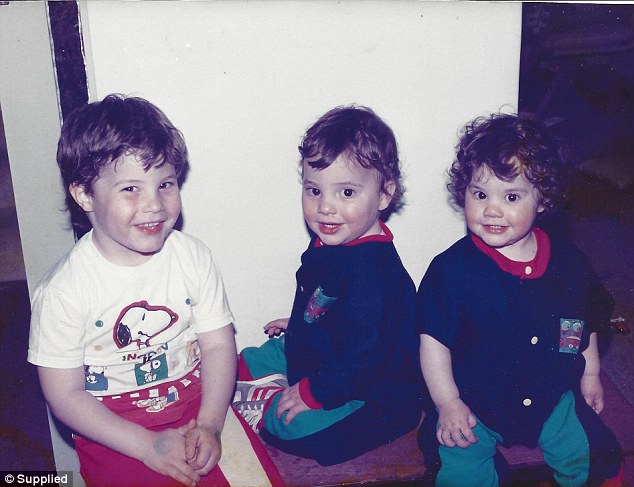 WHAT IS COT DEATH AND HOW CAN IT BE PREVENTED?

Sudden infant death syndrome (SIDS), or cot death, is the sudden, unexpected and unexplained death of an apparently healthy baby.

It usually occurs within the first six months of an infant’s life and is more common in those born prematurely or of a low birth weight.

The exact cause of SIDS is unknown, however, it is associated with tobacco smoke, tangled bedding, co-sleeping with parents and breathing obstructions.

Parents can help reduce the risk of SIDS by:

The study was conducted by a team of researchers at the Children’s Hospital at Westmead in Sydney.

Through health records, the team found 26 of these babies later died of SIDS.

Researchers found the victims had significantly lower levels of butyrylcholinesterase in their blood at birth compared to the other infants.

The scientists set out to explore if babies with SIDS had any measurable differences in butyrylcholinesterase levels based on the enzyme’s role in the automatic bodily functions.

Butyrylcholinesterase is one of the enzymes which play a role in the body’s cholinergic system, a name for various brain functions that regulate things like attention, sleeping, and waking.

Dr Harrington said the next stage will be to make measuring levels of this enzyme a part of routine health checks of newborns.

The team will also look at ways to boost the enzyme in babies.

She said this process will take about five years but added further research is required.

‘An apparently healthy baby going to sleep and not waking up is every parent’s nightmare and until now there was absolutely no way of knowing which infant would succumb. But that’s not the case anymore,’ she said.

Dr Harrington added that while the study could go on to help save babies in the future, it may also give closure to grieving parents.

This search for answers is something the former lawyer-turned-sleep expert is keenly familiar with after the death of her one-year-old son Damien.

‘He was absolutely perfect – I hate to say the word but to all intents and purposes he really was,’ she said.

But, just days before Damien’s second birthday, Dr Harrington found her son lying face down and dead in his cot.

‘Almost thirty years later, it still takes my breath away – he was laughing and giggling hours before,’ she said.

Seeking answers on the tragedy she found no adequate explanation for SIDS and went back to university to become an expert in child sleep to help find possible treatments.

Dr Harrington’s study was published in The Lancet’s eBioMedicine.

Most SIDS deaths (86 per cent) occur within the first six months of a baby’s life with boys, babies born prematurely or underweight, or whose mother’s smoked in pregnancy, at greater risk.

SIDS usually occurs when babies are asleep, but can also occasionally happen when they are awake.

To reduce the risk of SIDS the NHS advises parents always place babies on their back when they sleep.

Their feet should touch the end of their cot, basket or pram with their head uncovered and their blanket tucked in no higher than their shoulders.

Parents are also advised to have their newborn sleep in the same room as them for the first six months to reduce the risk of SIDS.

However, they should not sleep with their baby on a sofa or armchair, not smoke or allow people to smoke near the child and ensure the child does not get too hot or cold.