The brickie that never goes on smoko: World first as Australian robot builds a house in development hailed as a ‘turning point’ for the construction industry

A Western Australian construction company has created a world first robot that can lay more bricks in an hour than two people can in a day.

Construction startup FBR started working on the Hadrian X robot five years ago and earlier this month finally put it to work to build the walls of a display home in Perth.

Hadrian X is a 30 metre long robotic arm that can be mounted on a truck or car to lay bricks in a precise and much faster way than human bricklayers.

Upon finishing the display home two weeks ago, Hadrian X finished the project in just three shifts and was laying up to 200 bricks an hour.

The robot uses Dynamic Stabilisation Technology which means it can react to wind, vibrations and other environmental factors in real time so it can precisely lay each brick.

The device uses specially made blocks that are around 12 times bigger than standard bricks.

These blocks are also lighter and designed to minimise waste.

‘We’ve all been working on this project for so long and so hard now this is the first real opportunity to prove what we’re doing,’ he said.

‘We’ve been locked away in the shed for so long and finally now we get to come out and show the world what we’re doing.’ 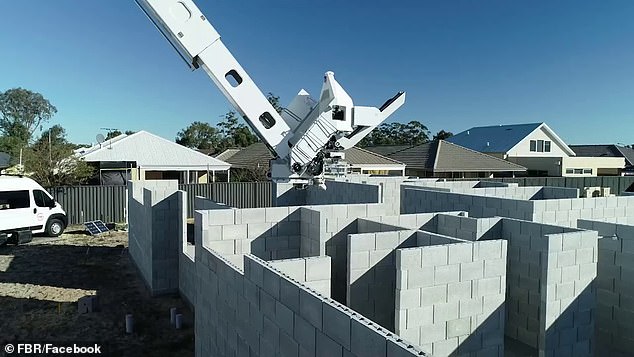 Mr Mckrill said Hadrian X could be used in any country and is even able to detect when there is a misalignment in the bricks.

‘It’s been such a long time coming and this is the proof we’ve all been working for so I think there’s going to be a variety of emotions for myself,’ he said.

‘I’ve known the guys for a long time, we’ve all worked hard and we are looking forward to the finished product.’

Hadrian X is controlled by a computer-aided design system which creates a 3D model of the home.

The materials needed are then calculated and the robot is told what to do. 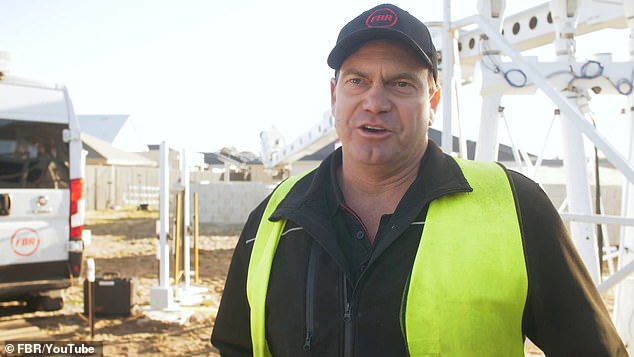 At the beginning of last year, Hadrian X built a 180 square meter house with three bedrooms and two bathrooms in just three days.

If the same task was being carried out by humans it would take several weeks.

Hadrian X is currently laying up to 200 bricks an hour but aims to increase this to 1,000.

Bricklayers can lay round 500 a day.

FBR estimated in 2017, the cost to make the robot for other companies would be around $2million.

The developers of the world first robot are hoping it can free up workers for other tasks and turn tedious brick laying into a much faster job. 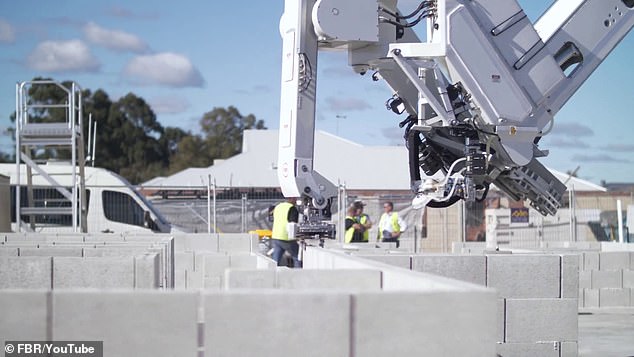 Hadrian X is currently laying up to 200 bricks an hour but aims to increase this to 1,000