World No. 1 tennis player Robert Farah kicked out of the Australian Open after failing a doping test

World No. 1 doubles tennis player Robert Farah is kicked out of the Australian Open after testing positive to steroids – but blames the failed doping test on MEAT he ate

World doubles No.1 tennis player Robert Farah has pulled out of the Australian Open after testing positive to steroids.

The 32-year-old athlete blamed his failed doping test on eating meat in his home country of Colombia.

Farah said the International Tennis Federation (ITF) had informed him he had tested positive to the anabolic steroid Boldenona.

World doubles No.1 tennis player Robert Farah pulled out of the Australian Open after testing positive to the anabolic steroid Boldenona. Pictured with his partner Belen Mozo

‘A few hours ago the ITF informed me of the presence of Boldenona in a test that I did on October 17, 2019 in California,’ he said.

‘I will not be able to play at the Australian Open, an event for which I had been preparing since December.’

The doubles star, who was crowned ATP’s doubles team of the year in 2019 with his doubles partner Juan Sebastian Cabal, then went onto defend his previously clean record.

‘Two weeks before the test mentioned, I did an anti-doping test in Shanghai which had a negative result,’ he said.

‘And I was also tested at least 15 other times randomly in the international circuit throughout the year with the same negative result.

‘As stated by the Colombian Olympic Committee in 2018, this substance is found frequently in Colombian meat and may affect athletes’ test results,’ he said. 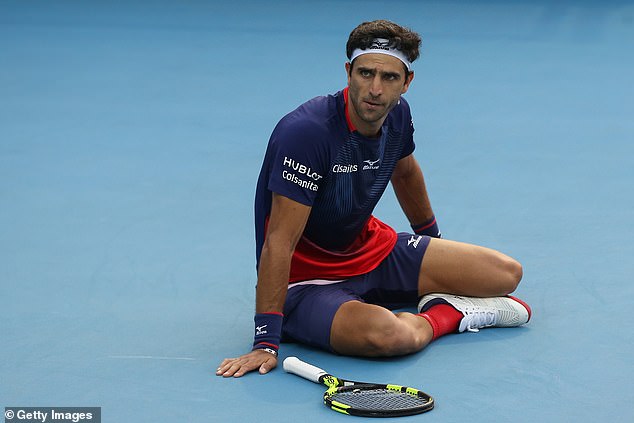 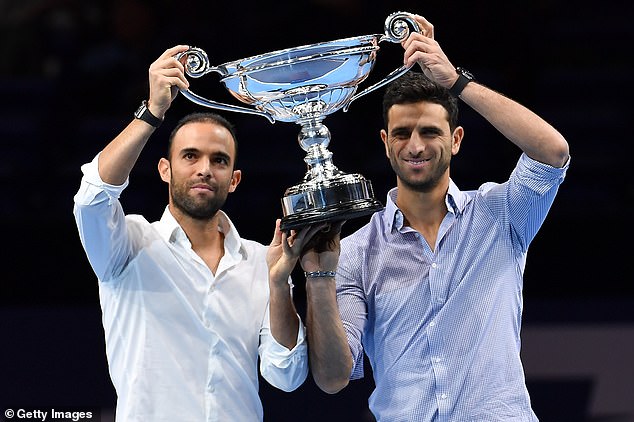 Farah went onto promise his fans he would be working to prove he had not taken steroids.

‘I am calm and confident in the results of this process since I have always acted correctly and honestly in my life,’ he said.

‘I will work harder than ever to return to the courts in the shortest time possible.’ 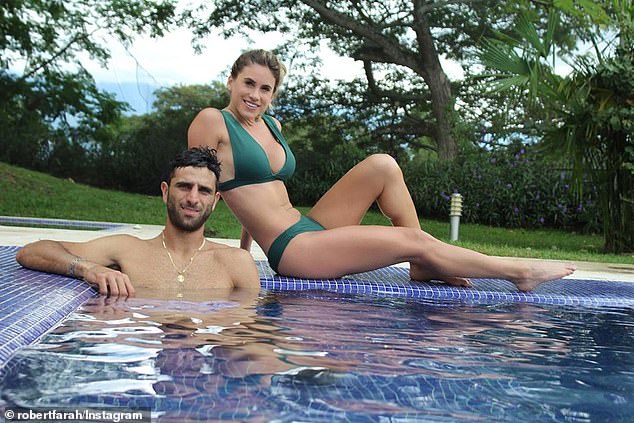