World No 392 Alejandro Del Rey catapults himself into golfing folklore after firing a record-breaking round of 58, carding eight birdies and three eagles on his way to 14-under

By Isabel Baldwin For Mailonline and Pa Sport Staff

Alejandro Del Rey penned his name into the golfing history books as he shot a record-breaking 58 in a major European event.

The World No 392 carded eight birdies and three eagles on his way to shooting golf’s lowest ever score in round two of the Swiss Challenge on the Challenge Tour.

The Spaniard breezed through the par-72 Golf Saint Apollinaire in France in the sport’s first ever 14-under effort.

Four other players have carded 58s on major tours but they all came on par-70 courses meaning they were only 12-under, two worse than Del Rey’s effort.

It is the second time a 58 has been fired in 2021 after South Korea’s Kim Seong-hyeon achieved the feat in the final round of May’s Golf Partner Pro-Am Tournament on the Japan Golf Tour.

Starting on the 10th, Del Rey birdied his opening hole before following an eagle on the par-four 11th with another on the par-five 12th.

Back-to-back birdies on the 14th and 15th saw him turn in 29 and he then started the front nine with a hat-trick of gains before adding two more on the fifth and sixth. 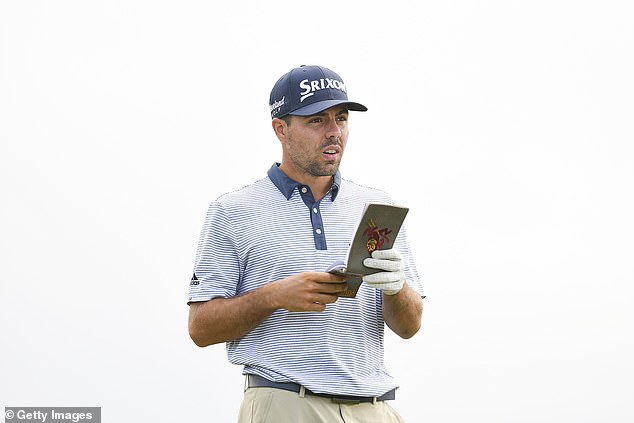 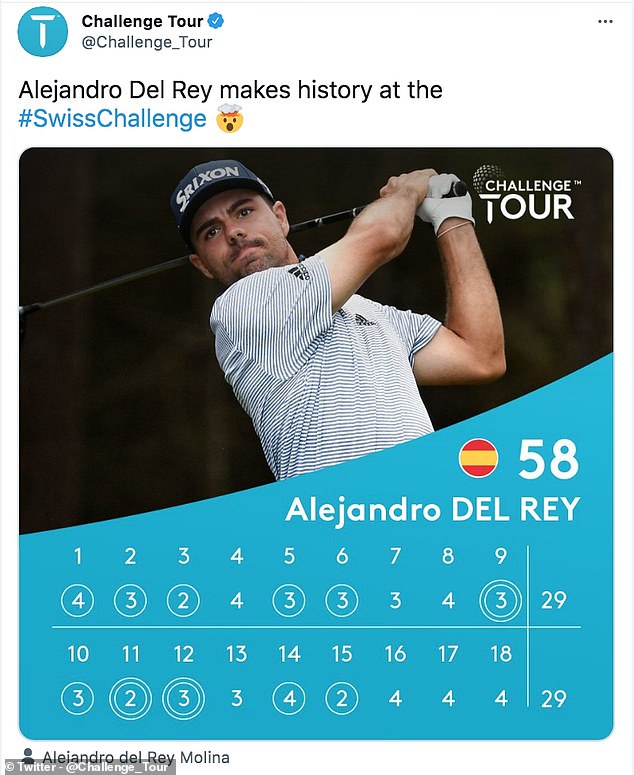 Pars on the seventh and eighth looked like they may have taken away the 23-year-old’s shot at history but he spectacularly eagled the par-five ninth to catapult him into golfing folklore.

A product of Arizona State, Del Rey turned professional in June 2020 after playing college golf and won on the Alps Tour that September before claiming three top-10 finishes across the European and Challenge Tours in 2021.

‘I am a guy who makes a lot of eagles but three in a round, it’s kind of crazy,’ he said.

‘It was just great golf all around and for a round like that you need a couple of good bounces which I got today. 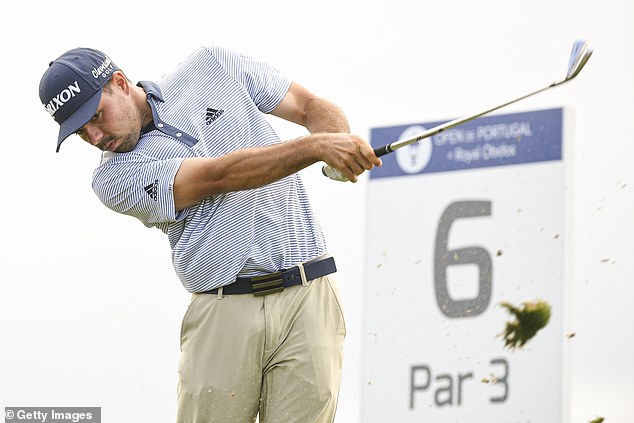 ‘I definitely managed to drop some putts out there but I think the key was that my driving was just great today, I hit every fairway super deep and every hole I managed to hit wedges in and managed to hit some chips, it was just a great all-round golf performance.

‘Tomorrow is a whole new day and that’s golf. I shot a 74 yesterday which is kind of crazy, so it’s just another round, I’m just going to go out there and shoot as low as possible.’

The Japan Golf Tour witnessed the first 58 on a major tour when Ryo Ishikawa went 12 under in 2010, before it was remarkably shot in back-to-back weeks in 2016 by German Stephan Jager on the Web.com Tour and famously Jim Furyk on the PGA Tour.