World stocks head for worst losing streak in over half…

Global stocks slid lower on Friday and were set for their worst week in more than five years, as anxiety over corporate profits added to fears about global trade and economic growth.

The leading index of euro zone stocks fell 1.5 percent. Germany’s DAX was down 1.7 percent and France’s CAC 40 down 1.8 percent. 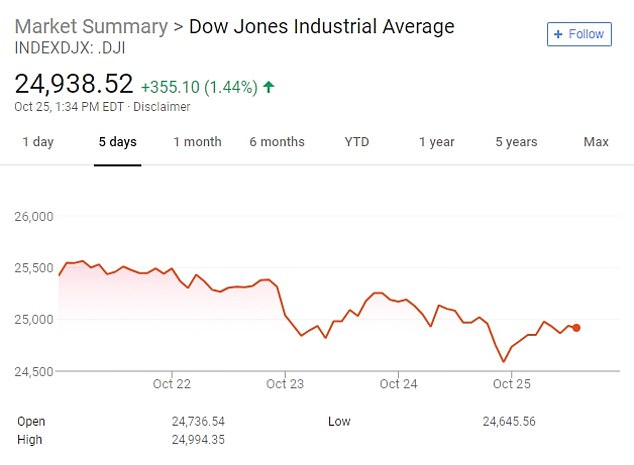 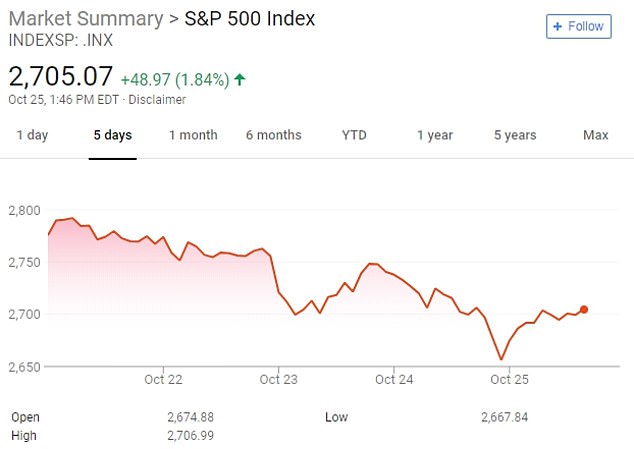 HOW ARE STOCKS DOING?

The MSCI All-Country World Index, which tracks shares in 47 countries, was down 0.3 percent after trading began in Europe. It was set for its fifth straight week of losses, its worst losing streak since May 2013.

‘Expectations for US company earnings are quite high, so whenever they are not being met, the reactions are quite severe,’ said Miraji Othman, credit strategist at BayernLB.

Tech firms also fell in South Korea, where the broader market slid 1.75 percent. The Kospi had earlier touched its lowest level since December 2016.

Financial markets have been whipsawed in recent sessions amid concern over global growth, a mixed bag of U.S. corporate earnings, Federal Reserve rate increases and an Italian budget dispute. 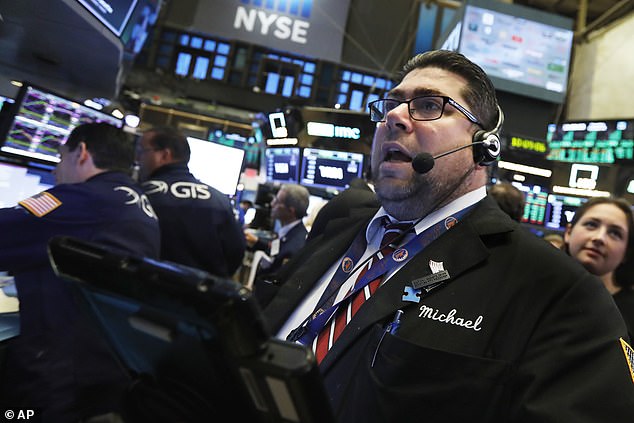 Investor fears mount as disappointing results from Amazon and Google add to a cocktail of risks, sending US and European markets sharply lower 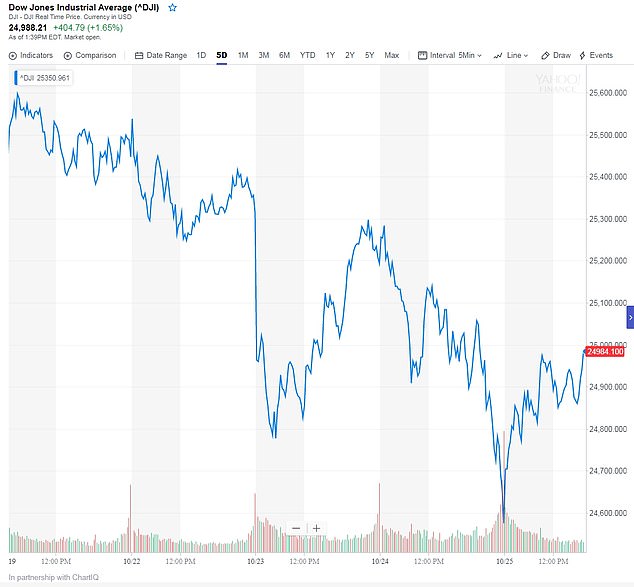 On Friday morning, despite stronger-than-expected US growth in Q3, the news failed to cheer investors sending stocks lower

Bear markets – a price drop of 20 percent or more from recent peaks – have increased across indexes and individual stocks since the start of this year.

‘The first, and most important (worry) is that Fed tightening and fading fiscal stimulus will cause the US economy to take a turn for the worse … The second is that China’s economy will continue to struggle,’ analysts at Capital Economics said in a note to clients.

‘As we have been arguing for a while now, these worries are likely to get worse over the next twelve months or so.’

Traders expect a strong reading of U.S. gross domestic product data on Friday, which could see the dollar strengthen.

‘Today’s robust U.S. GDP will illustrate to the market the deep division between the U.S. and the euro zone when it comes to growth performance,’ said Commerzbank analyst Thu Lan Nguyen.

Bloomberg, citing people familiar with the matter, reported on Friday that Brexit talks were on hold because Prime Minister Theresa May’s cabinet was not close enough to agreement on how to proceed.

U.S. Treasury yields fell as equity markets plunged. The 10-year yield fell to 3.0920 percent compared with its U.S. close of 3.136 percent on Thursday.

Oil prices headed for a third weekly loss after Saudi Arabia warned of oversupply and the slump in stock markets and concern about trade clouded the outlook for fuel demand.