Nasa’s James Webb Telescope that could spot extra-terrestrial life has completed a critical series of tests in anticipation of its launch in early summer 2019.

The $8.8 billion (£6.5bn) telescope has been successfully tested in a giant vacuum chamber at the Johnson Space Centre – proving it will function in deep space.

Engineers are now confident it will be able to capture starlight in focus and track astronomical targets describing the completion of tests as a ‘significant milestone’.

Nasa’s James Webb Telescope that could spot extra-terrestrial life has completed a critical series of tests in anticipation of its launch in early summer 2019. Pictured is the optical system being tested inside thermal vacuum Chamber A

When it is launched in 2019, it will be the world’s biggest and most powerful telescope, capable of peering back 200 million years after the Big Bang.

‘The successful completion of this test represents a very significant milestone for JWST’, said Bill Ochs, the telescope project manager.

‘We now have verified that NASA and its partners have an outstanding telescope and a spectacular set of science instruments’, he said.

To detect infrared light from faraway objects, the telescope must be kept very cold, according to Nasa.

But, the mid-infrared instrument (MIRI) must be kept even colder.

This instrument uses a cryocooler to keep it below 7 Kelvin, or minus 447 degrees Fahrenheit (minus 266 degrees Celsius). 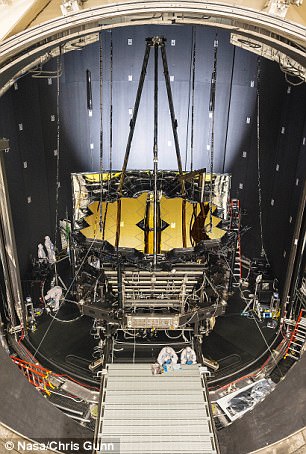 The vault-like door was closed off on July 10, allowing researchers to assess the telescope in conditions simulating deep space

During additional tests last year, the 18 gold primary mirror segments were tested as well, to ensure they act as a single mirror.

The test even managed to continue as Hurricane Harvey battered the Texas coast.

Inside the chamber, the team monitored the telescope using thermal sensors and specialised cameras, to track the temperature and the physical position as each component moved.

‘After 15 years of planning, chamber refurbishment, hundreds of hours of risk-reduction testing, the dedication of more than 100 individuals through more than 90 days of testing, and surviving Hurricane Harvey, the OTIS cryogenic test has been an outstanding success,’ said Dr Ochs.

The engineers began cooling the chamber on July 20 after removing the air.

The process that took roughly 30 days; then the telescope remained in a cryo-stable state for another 30 days. 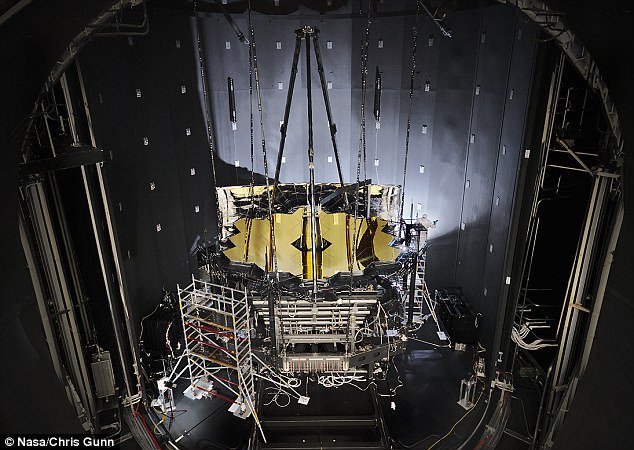 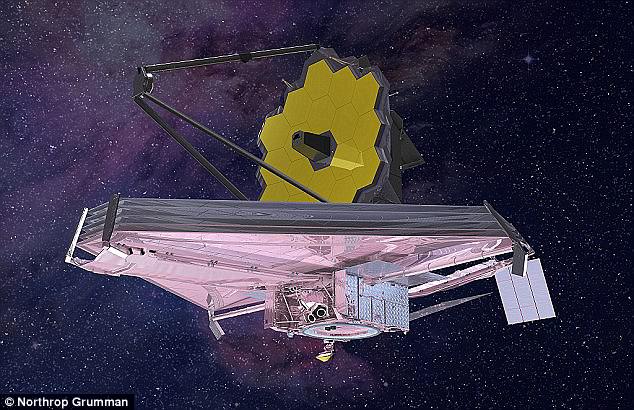 The massive golden mirror is made up of 18 hexagonal components which will work together as one structure. Each coffee table-sized mirror segment is made from beryllium sheet and weighs roughly 46 pounds 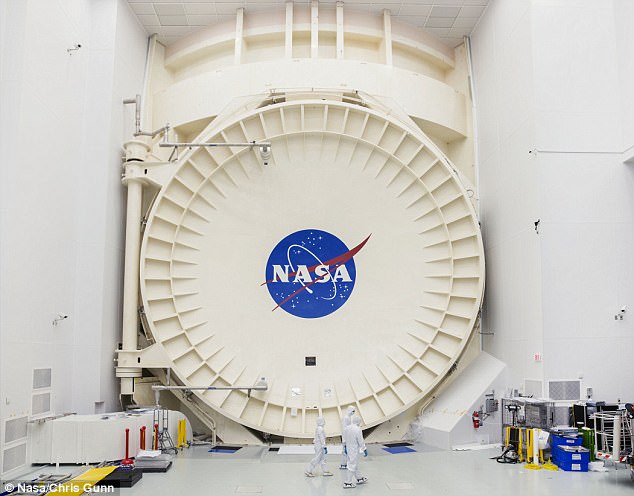 The team unsealed the 40-ton door (pictured) of Chamber A in November. The telescope went through 100 days of cryogenic testing where temperatures dipped hundreds of degrees below the freezing point to ensure it functioned in extreme cold

The team began to warm the chamber back up on September 27, before pumping air back in.

Then, on November 18, they unsealed the door.

‘With an integrated team from all corners of the country, we were able to create deep space in our chamber and confirm that Webb can perform flawlessly as it observes the coldest corners of the universe,’ said Jonathan Homan, project manager for Webb’s cryogenic testing at Johnson.

‘I expect [Webb] to be successful, as it journeys to Lagrange point 2 [after launch] and explores the origins of solar systems, galaxies, and has the chance to change our understanding of our universe.’