The world’s first statue of David Bowie has been unveiled in the town where he premiered Ziggy Stardust.

The rock star made his debut as Ziggy Stardust at Friars music club in the Buckinghamshire town.

The life-size statue features a likeness to Bowie in 2002 alongside his alter egos, with Ziggy at the front.

The world’s first statue of David Bowie (pictured) has been unveiled in Aylesbury, Buckinghamshire, the town where he premiered Ziggy Stardust

Speakers mounted above it will play a Bowie song every hour. Singer-songwriter Howard Jones revealed the piece and called it a ‘result for Aylesbury’.

Money was raised for the project through grants and a £100,000 crowdfunding campaign by music promoter David Stopps.

‘The reaction to the statue has been so positive,’ Mr Stopps told The Daily Telegraph.

‘When you get something like this people either love it or hate it. If people say ‘I hate it’ or ‘I absolutely love it’ then you know it’s real art. That’s the definition of art.’

Earlier this month Mr Stopps launched a petition to rename Aylesbury ‘Aylesbowie’ to honour the singer’s ‘strong connection’ to the town. 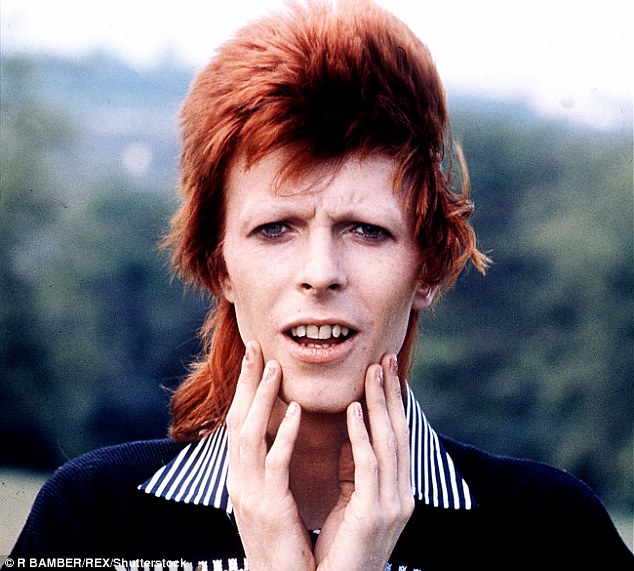 The statue was designed by sculptor Andrew Sinclair, who used the mask taken from Bowie’s face during the filming of The Man Who Fell to Earth to forge its features.

Rob Stringer, CEO of Sony Music, described it as ‘beautiful’.

‘I thought it would be one figurine and it’s actually a complete compendium of his life,’ he said.

‘To work with him on the last two records was very emotional but I got to work with somebody who, when I was growing up in Aylesbury in the 70s, was the pop culture legend.’

It comes after news that Bowie’s Lazarus musical is to be released as a film, with a special screening in New York.

The singer wrote the musical with Irish playwright Enda Walsh shortly before his passing in 2016. 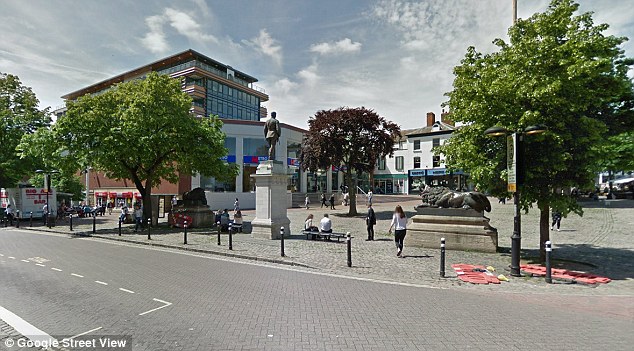