The world’s first jaguar cub born through artificial insemination has been eaten by its own mother just days after its birth.

Vets at the environmental organisation Mata Ciliar in Jundiaí, Sao Paulo, Brazil delivered the cub earlier this year and hailed the birth as a landmark scientific breakthrough.

But just two days later it was revealed the mother jaguar had eaten her cub.

Despite the cub’s premature death, however, scientists say its birth increases the conservation prospects of the wild cats.

The birth was supervised by a veterinary team at the environmental organisation Mata Ciliar in Jundiaí, Sao Paulo, Brazil 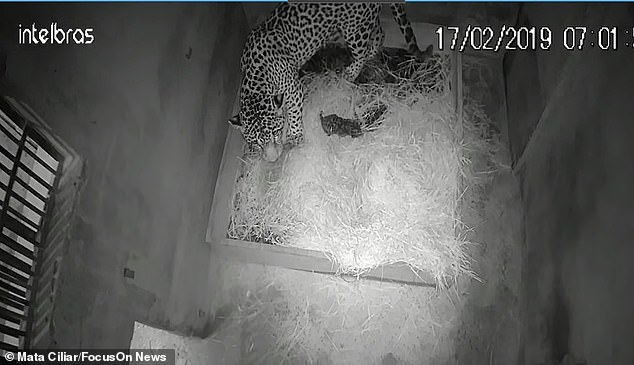 The majestic felines are an endangered species with rapidly diminishing numbers surviving in limited Amazonian territory where 90 per cent of the animals are found.

The unexpected death of the baby, while a gruesome fact, is not regarded as a setback by experts who explained that it is ‘not uncommon for this to happen, both in captivity and in nature, especially in the case of carnivores.’

The cub was born this year on February 16, 104 days after her mother, a five-year-old jaguar called Bianca, was successfully inseminated.

Scientists released details of the historic project on Monday after finalising their research.

The little jaguar, a female, was born ‘healthy and vigorous’ and Bianca demonstrated ‘excellent maternal care’ for her newborn on the first day, vets said.

Samuel Nunes, spokesperson for Mata Ciliar said: ‘Unfortunately after two days the cub died. We don’t know why and cannot say if it was killed by the mother because it was not seen on the monitors on the second day. 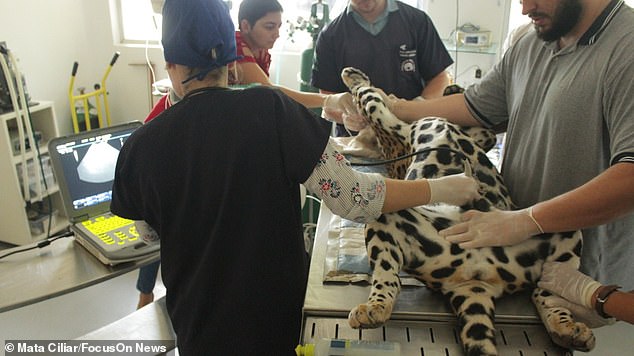 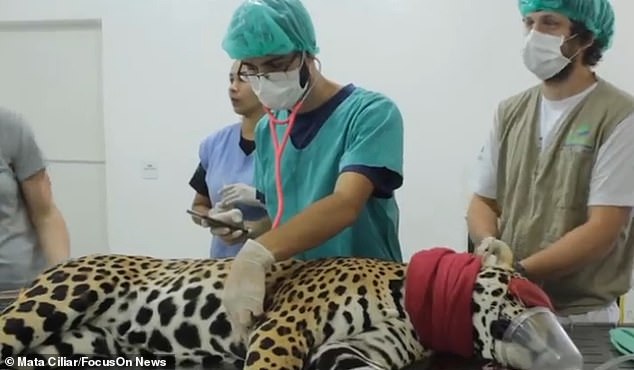 Despite the mother jaguar eating her cub, scientists believe the experiment was a huge breakthrough for conservation

‘Bianca was a first time mother and this may have influenced the outcome of the event. The veterinary team could not conduct a necropsy because the baby had already been eaten.’

A video captures the historic birth and shows some of the stages of the pioneering process. Vets are filmed sedating a healthy mature male, extracting fresh semen, analysing the sperm in the lab, inserting the selected reproductive cells into the female and carrying out ultrasound scans.

The Mata Ciliar project, which has been ongoing since 2017, was developed in partnership with world-renowned scientists at the Centre for Conservation and Research of Endangered Wildlife (CREW) based at the Cincinnati Zoo and Botanical Gardens in the United States, and a leading researcher in the field, Regina Paz, from Brazil’s Mata Grosso Federal University (FUMG).

Bianca was one of five female jaguars chosen to participate in the project on account of their good health, age, suitability for reproduction and ‘favourable behaviour’. 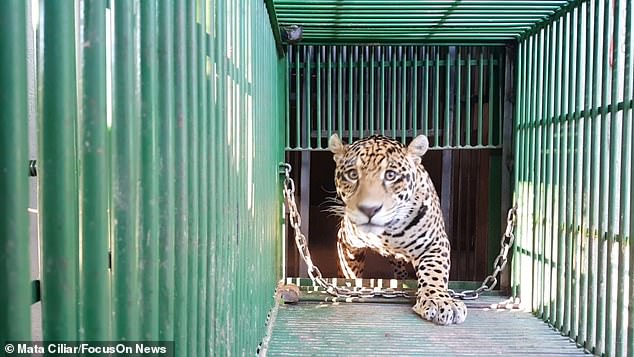 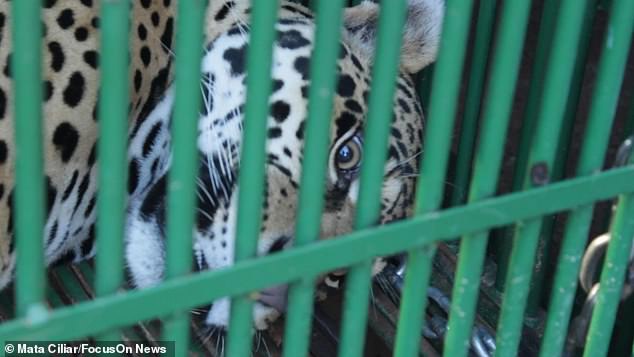 Professor Paz of FUMG’s Faculty of Veterinary Medicine explained: ‘Over the past few years we have made several attempts at artificial insemination with the females, but they have not worked.

‘But in November last year we achieved a positive result.’

Just over three months later, the live birth of the single cub was captured on CCTV and shows the doting mother caring for her newborn which snuggles up to her and feeds.

Nunes said: ‘The project required intensive preparation even before artificial insemination could be started.

‘The five females selected to participate in the project had to undergo a conditioning process that aimed to reduce their levels of stress. This limited the need to anaesthetise them particularly during procedures such as ultrasound, administering hormones and medications.’

Paz revealed that researchers developed a procedure for synchronising the females’ hormonal body heat and monitoring of their behaviour. 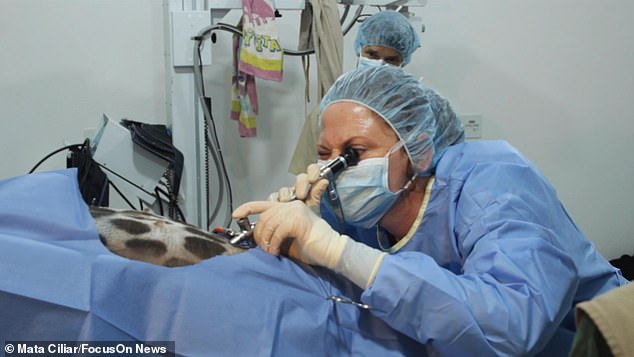 The cub was born this year on February 16, 104 days after her mother, a five year old jaguar called Bianca, was successfully inseminated

Bianca was inseminated using laparoscopic artificial insemination developed by CREW researchers, a method used in previous work with other species of wild cats.

Dr Bill Swanson, a researcher at CREW said: ‘The jaguar is the last of the seven species of large-sized felines to undergo artificial insemination (AI).

‘The birth of this cub is an important historical landmark. It invigorates the possibility of the use of assisted reproduction as a management tool that increases the genetic variability of (captive and wild) populations and the conservation of these endangered iconic cats.’

Despite what happened to the newborn, research team leaders said they are happy with the result. They are already planning to carry out more procedures throughout this year.

Dr Lindsey Vansandt, a CREW researcher said: ‘From a scientific perspective, we are celebrating the fact that the baby was born healthy and that AI was a success.’

Due to poaching and habitat loss, the jaguar population has dwindled dramatically throughout its natural environment which stretches from southwestern United States, through Brazil and into Argentina. 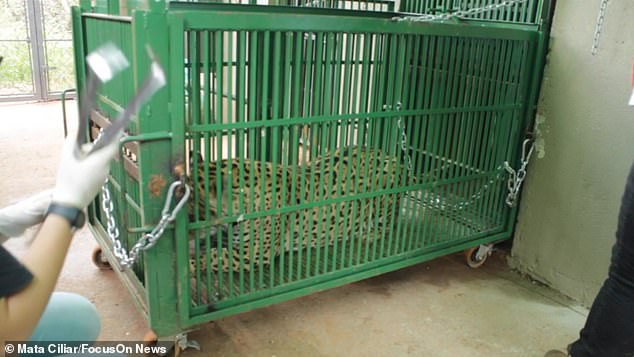