The emission-free luxury car of the future, complete with a cashmere finish, has been unveiled by Aston Martin.

The high-end British company are hoping to release two new electric models, under the Lagonda brand, in five years.

Aston Martin claim it will be the first luxury car brand to offer an electric vehicle (EV) line with autonomous technology.

Production will begin in 2021 and the vehicle will be powered by batteries under the under car with an electric motor powering all four wheels. The expected range is 400 miles.

The high-end British company are hoping to release two new electric models, under the Lagonda brand, in five years

Aston Martin President and Chief Executive Officer, Dr Andy Palmer said: ‘We believe people associate luxury in their cars with a certain traditional and even old-fashioned approach because, to date, that is all that’s been available to them.

‘Lagonda exists to challenge that thinking and prove that being modern and luxurious are not mutually exclusive concepts.

‘Whether by a person or a computer will be up to them. And if they want to drive themselves, the car will ensure that is a delightful and memorable experience too.’

Marek Reichman, Aston Martin EVP and Chief Creative Officer, said: ‘The Lagonda Vision Concept is an incredibly bold design statement. The electrification revolution means there is no longer any need for horse and carriage design, and our new concept shows the scope of design opportunities that open up once you no longer need to provide space for a large power source directly in front of the passenger compartment.’

Both of the Lagonda vehicles were unveiled at the Geneva Motor Show. Both vehicles will be shorter and lower than traditional limousines and will be able to fit in four people, the Mirror reports. 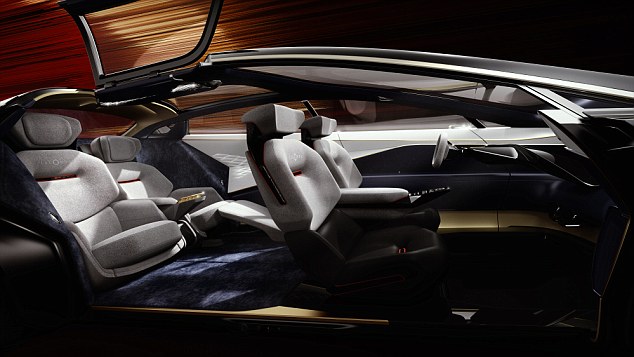 The interior of the car will be finished with silk, cashmere and carbon fibre by Savile Row tailors 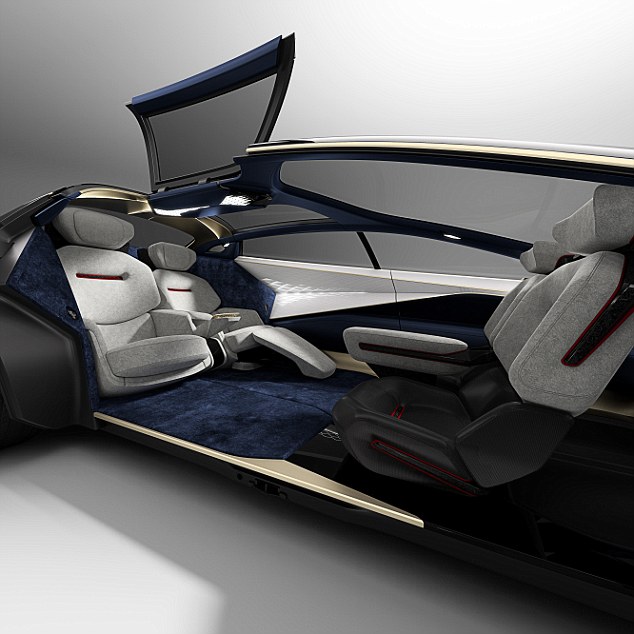 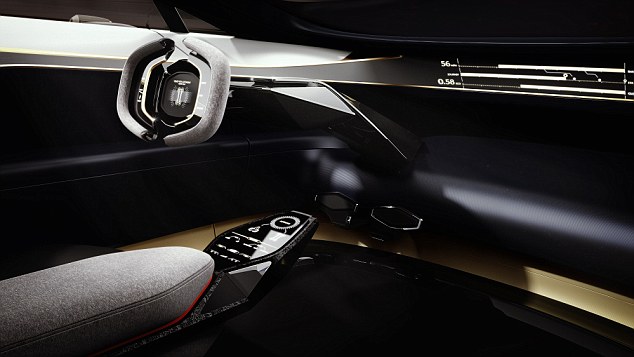 The wheel of the vehicle can be put so it is in either a right or left hand drive, or even completely retracted 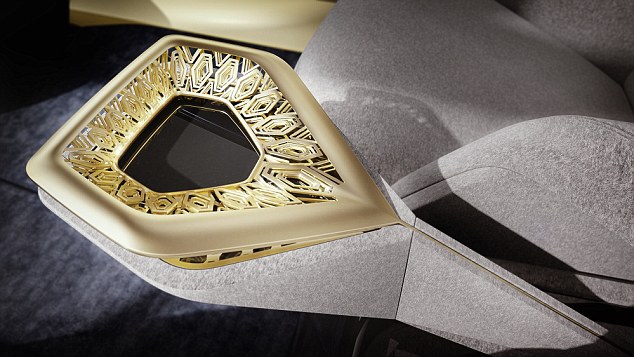 The car, which does not yet have a price tag, has been given a luxury finish

Neither vehicle has a bonnet and the front seats are designed in such a way so the passenger seats can reverse around to face the rear passengers.

Savile Row tailors have been brought in to add a luxury finish to interior of the vehicle, which features expensive materials such as carbon fibre, cashmere and silk.

Meeting four level autonomous driving standards means the car will be able to drive itself on conventional roads. The car steering can be on either the left or right hand side, or even pushed back completely if not in use.

The price for the vehicle is yet to be revealed. 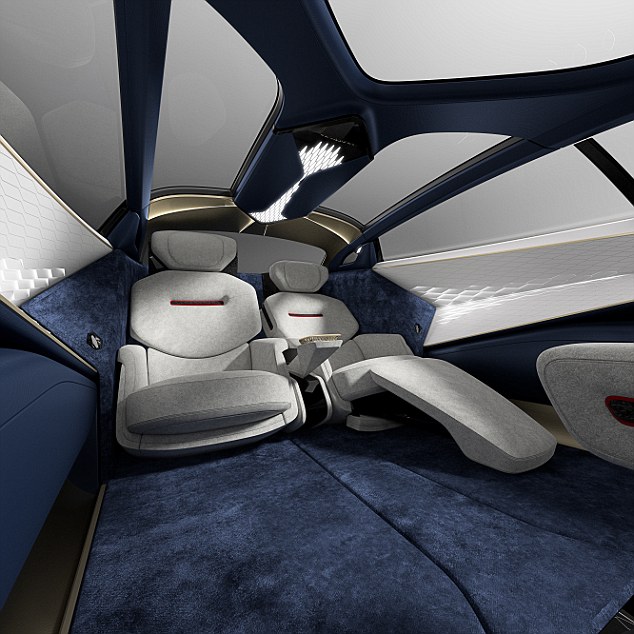 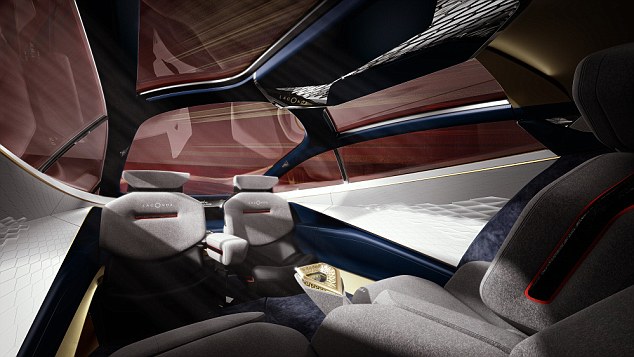