World’s highest ER battles to save lives on Everest

As word came over the radio that a Sherpa had been struck on the head by a falling rock high on Everest, the three doctors at base camp jumped into action, fully aware that saving him would be a life-or-death race against the unpredictable mountain.

Wary of the fading light that would ground the medevac helicopter overnight, they administered emergency treatment on the helipad where the chopper brought him in — enough, they hoped to give him a fighting chance of surviving the 20 to 30 minute onward flight to a hospital in Lukla, down the valley.

“He was bleeding, so we had to stop that and then get him down,” said Suvash Dawadi, one of three doctors who has spent the last two months at the Everest ER.

The doctors staffing the sole emergency room on the roof of the world battle high altitude, freezing conditions and violent weather every climbing season to save the lives of sick and injured mountaineers.

Medics running the tent clinic at 5,364 metres (17,600 feet) must compete with medicines freezing overnight, winds that threaten to blow the clinic´s tent away and a cardiac monitor that gives up due to the cold. 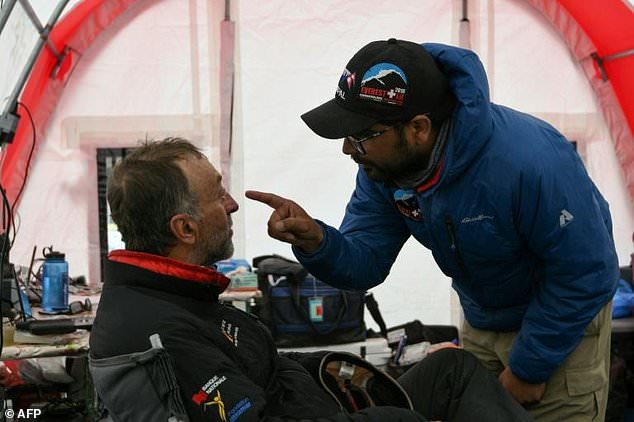 Countless foreign climbers who have run into trouble on Everest’s unforgiving slopes have been saved from the brink by the rudimentary clinic since it was set up 15 years ago.

But the ER has served a higher purpose: providing affordable medical care for Nepali Sherpas, the guides who are the backbone of the lucrative Everest industry.

“Before Everest ER was set up the Sherpas didn’t have any proper coverage,” explained Subarna Adhikari, an orthopaedic surgeon.

Established by an American doctor and now run by the Nepal-based Himalayan Rescue Association, the ER charges foreign climbers for treatment and in return provides subsidised care to the Sherpas.

The ER has helped chip away at the stark imbalance between the foreigners who pay a small fortune to summit Everest and Sherpas who take on much of the risk to get them there.

A Sherpa can earn up to $10,000 — more than 14 times the average annual salary in Nepal — during the brief two-month climbing season that runs from early April to late May. 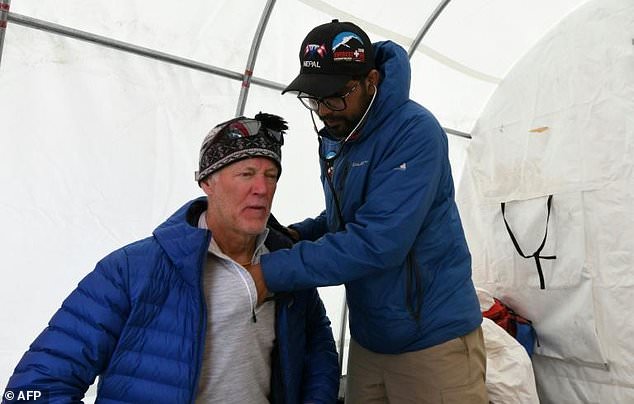 Established by an American doctor and now run by the Nepal-based Himalayan Rescue Association, the ER charges foreign climbers for treatment and in return provides subsidised care to the Sherpas

But that means many ignore medical issues for fear of being forced out of a season’s work.

“For them to lose that job, for them not to complete the season, is disastrous,” said Dawadi.

A routine morning at the ER was shattered as an injured sherpa was rushed into the clinic — he had fallen 60 metres into a crevasse in the treacherous Khumbu icefall.

Doctors quickly assessed him for internal bleeding — a life-threatening injury so far from a fully equipped hospital.

But the Sherpa’s sobs of pain gradually gave way to relief as doctors confirmed no bleeding or broken bones.

A few days’ rest, and he would be back at work.

Doctors say attitudes are changing among Sherpas and other Nepalis working on the mountain.

More are seeking early intervention for health conditions, ensuring their problems don´t worsen and cost them a season´s work. 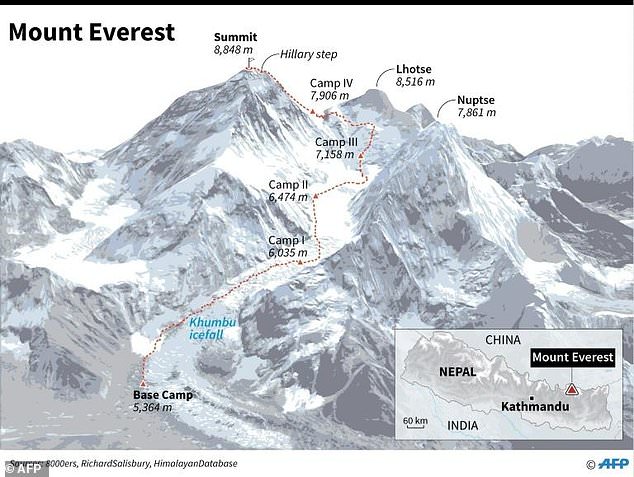 More than 60 percent of the nearly 400 patients treated at the clinic this season were Sherpas or other locals working on Everest.

Despite its life-saving work the clinic scrambles to stay afloat, reliant on the $100 fee it charges foreign patients and donations, mostly in the form of medical equipment.

Attempts to persuade the Nepal government to fund the clinic through the hefty $11,000 permit paid by every climber heading for Everest’s summit has fallen on deaf ears.

Sometimes, emergencies are beyond the doctors’ reach. News came over the clinic´s radio that a Russian climber was stranded at 7,250 metres, alone and disorientated.

Teams heading for the summit had passed Rustem Amirov and radioed for help, but none would turn back and aid the stricken man.

The doctors tried to persuade climbers on the mountain to help Amirov.

Someone gave him water, another a steroid that alleviates altitude sickness.

“You feel quite frustrated and useless. You’re standing by. Help is potentially available if these teams get their act together,” said Australian doctor Brenton Systermans.

Eventually two climbers dragged Amirov to the nearest tent, just 100 metres away. They radioed down to the doctors and then left him.

“If he was evacuated within an hour he would have survived,” said Adhikari. But no help came for the lone mountaineer. He died on 17 May.