Busted! The World’s Hottest Grandma Gina Stewart, 51, is caught with a very suspicious item in the background of one of her sexy selfies… so can you guess what it is?

The World’s Hottest Grandma Gina Stewart has racked up hundreds of thousands of followers on social media with her sexy selfies.

But her latest photo left some of her fans scratching their heads after a suspicious item popped up in the background.

In the image, the 51-year-old flaunts her cleavage in a tube top while twirling her tousled blonde hair.

Can you spot it? Something suspicious popped up in the latest Instagram selfie from model Gina Stewart, a.k.a. ‘The World’s Hottest Grandma’

Although the fact she wasn’t wearing any underwear in the picture certainly stood out, there was something else that was impossible to miss.

Reflected in a glass window in the background was a glowing circle that appeared to be a high-powered ring light.

Ring lights are often used by influencers determined to achieve the most perfect selfie possible. 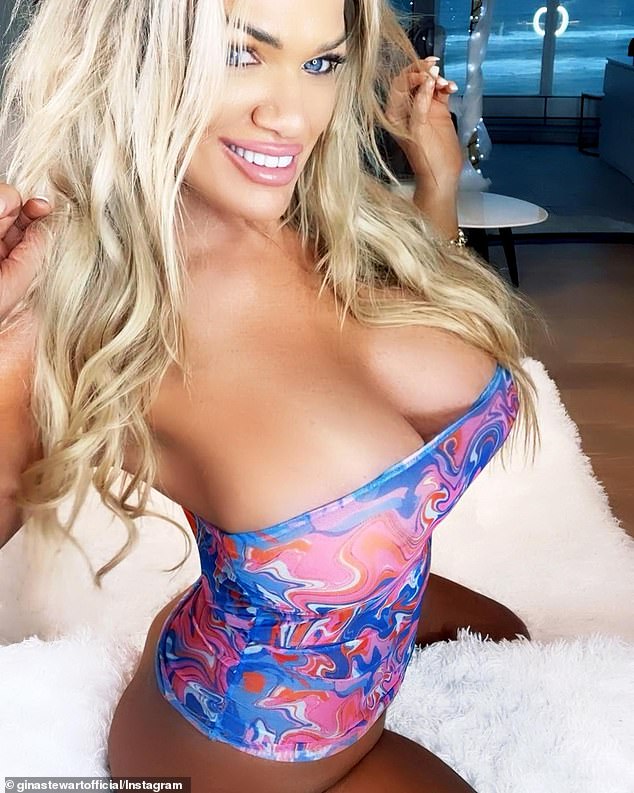 Shining bright! Reflected in a glass window in the background was a glowing circle that appeared to be a high-powered ring light

Gina’s fans didn’t seem to mind that she had a little help to look her best, with many leaving gushing comments praising her good looks.

‘So good looking and beautiful and a beautiful body,’ wrote one follower.

‘You are so beautiful where have you been the world has missed you,’ added another. 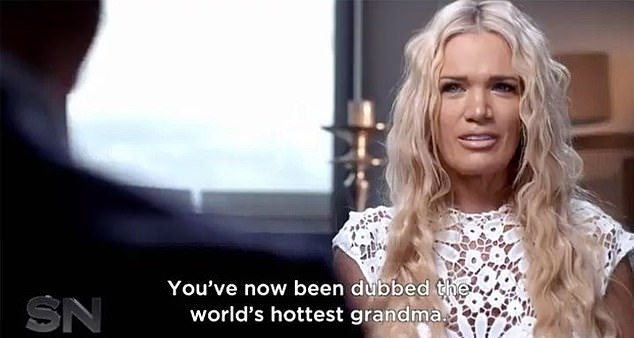 Natural: The stunner was previously forced to deny accusations she airbrushes her photos following an appearance on Channel Seven’s Sunday Night in 2018

Back in 2018, the mother of four was forced to deny rumours that her stunning appearance on social media was the result of Photoshop and airbrushing apps.

To prove her good looks weren’t just smoke and mirrors, Gina shared an exclusive unfiltered video with Daily Mail Australia at the time.

‘Some of my pics are smoothed and some aren’t,’ she said.

‘You definitely can’t airbrush a video so that’s why I put them up frequently.’ 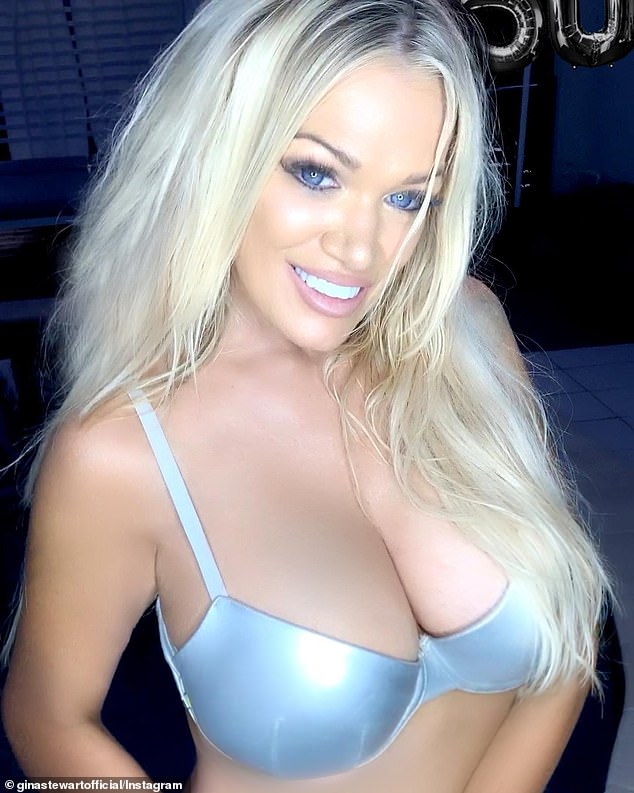 Glowing: ‘Some of my pics are smoothed and some aren’t,’ she told Daily Mail Australia at the time. ‘You definitely can’t airbrush a video so that’s why I put them up frequently’

Viewers noticed she looked different on TV compared to her social media accounts.

However, it now appears her looks on Sunday Night may have been down to unflattering lighting and camera angles.

Gina is now one of the biggest names on OnlyFans and leads a lavish lifestyle from her earnings. 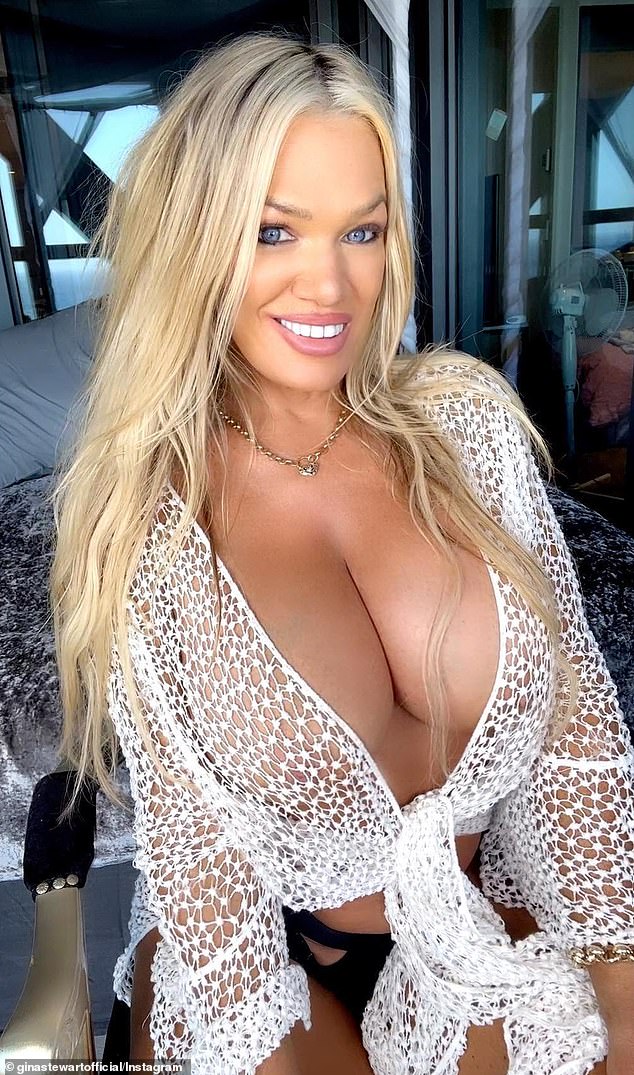 Star: The 51-year-old has become one of Australia’s biggest OnlyFans stars in recent years