While holidays have been off the cards recently, many countries are beginning to allow tourists back again, and it could be time to consider where in the world you want to travel next.

To help inspire you, CEWE has released a collection of new images taken by photographers on their travels as part of the 2019 edition of the CEWE Photo Award, the world’s largest photo competition.

The 23 snaps were submitted as part of the travel & culture category of last year’s competition, which aims to celebrate the best in photography across the globe.

This year’s competition, now in its fourth edition, recently launched for entries and is open to everyone – from keen amateur photographers to established professionals. Entrants are asked to submit photos which celebrate the competition’s ‘Our world is beautiful’ theme.

There are 10 categories for budding photographers to enter – from aerial shots and animals to landscapes, travel & culture – and entrants have until May 2021 to submit their photos.

Here, FEMAIL reveals the top most beautiful images in the travel & culture category from last year’s competition to inspire this year’s hopefuls.

Hungarian photographer Péter Hoszáng submitted ‘Neverland’, which was taken in Manarola, Italy which is a small town,in the province of La Spezia. The tiny town has a population of 353 and may be the oldest of the towns in the Cinque Terre 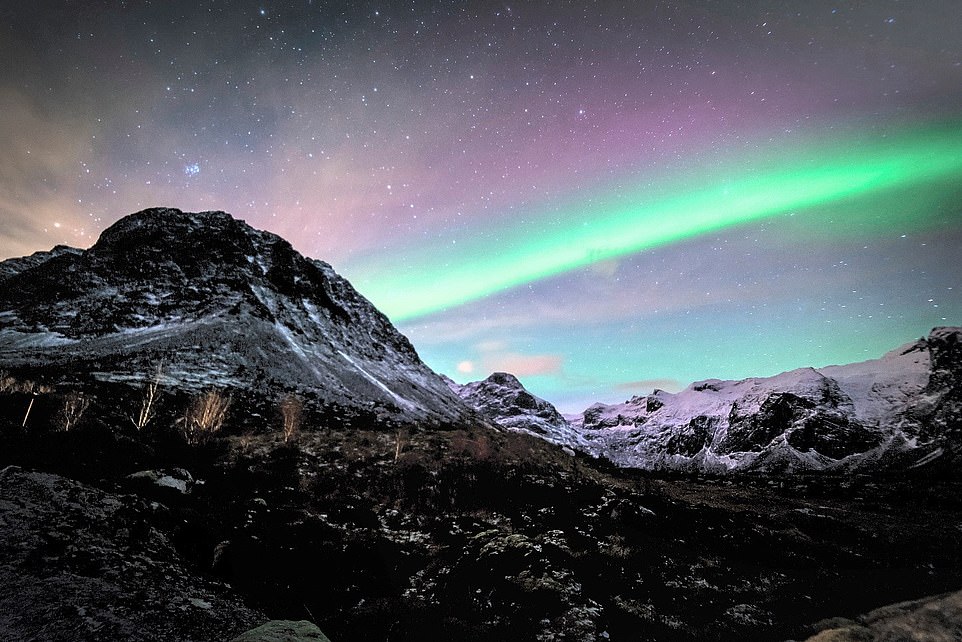 British photographer Bob Riach shared his photo, titled ‘The Northern Lights’ taken in Tromso, Norway.  An aurora, sometimes referred to Northern Lights or Polar Lights is a natural light display in the Earth’s sky, predominantly seen in high-latitude regions such as the Scandinavian coast 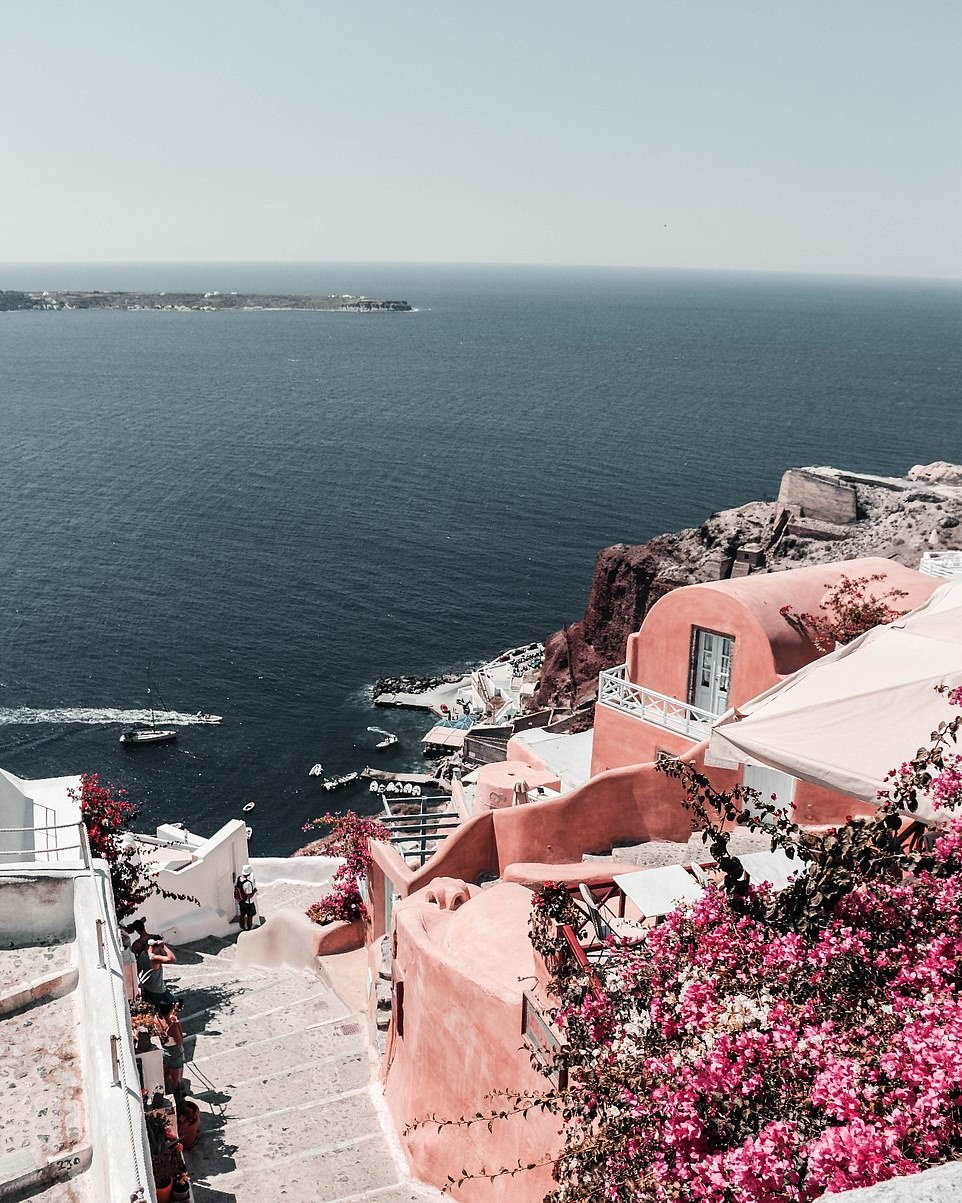 Lithuanian student Gabija Kuseliauskyte, who currently lives in the UK, submitted this photo taken in Santorini, Greece. The image is titled ‘Day in Santorini’ and captures one of the Cyclades islands in the Aegean Sea overlooking the sea and other small islands 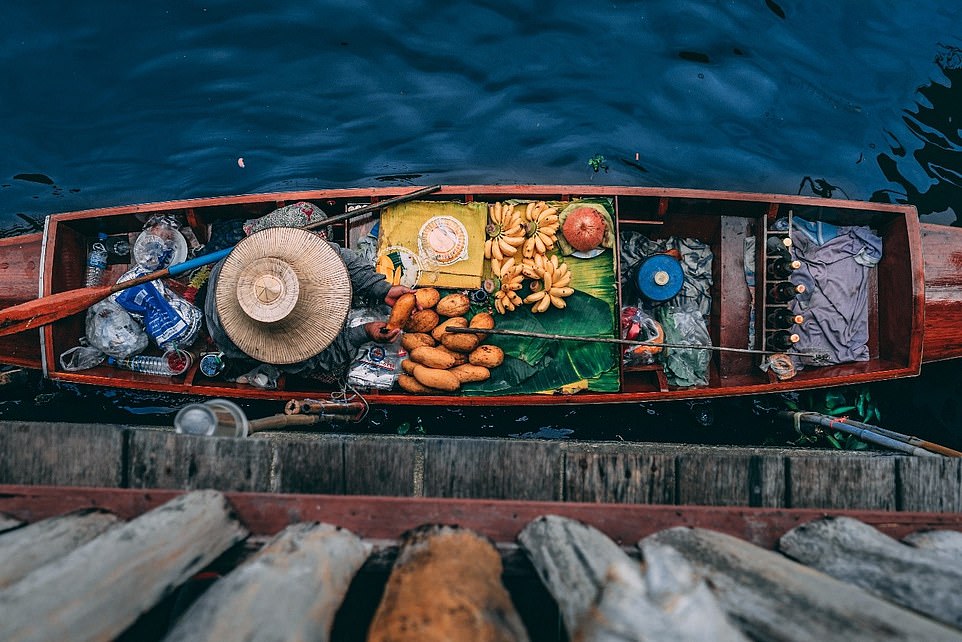 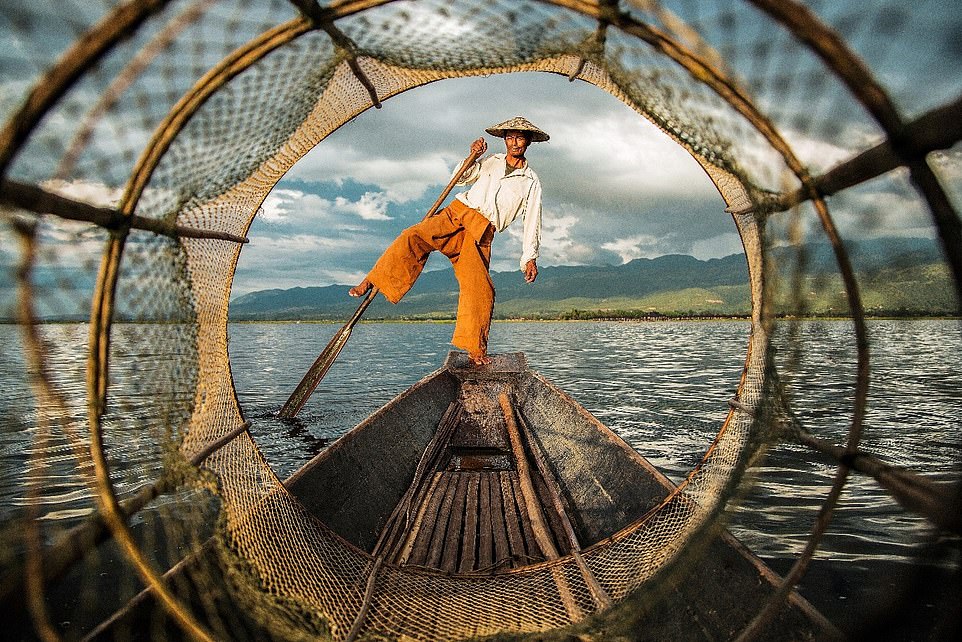 German photographer from Havixbeck submitted ‘Balance’ taken in Inle-See, Myanmar. It is the second largest lake in the country with an estimated surface area of 44.9 square miles. The freshwater lake is located in the Shan Hills of Myanmar, which at it’s southwestern edge is decorated with gilded Buddha statues 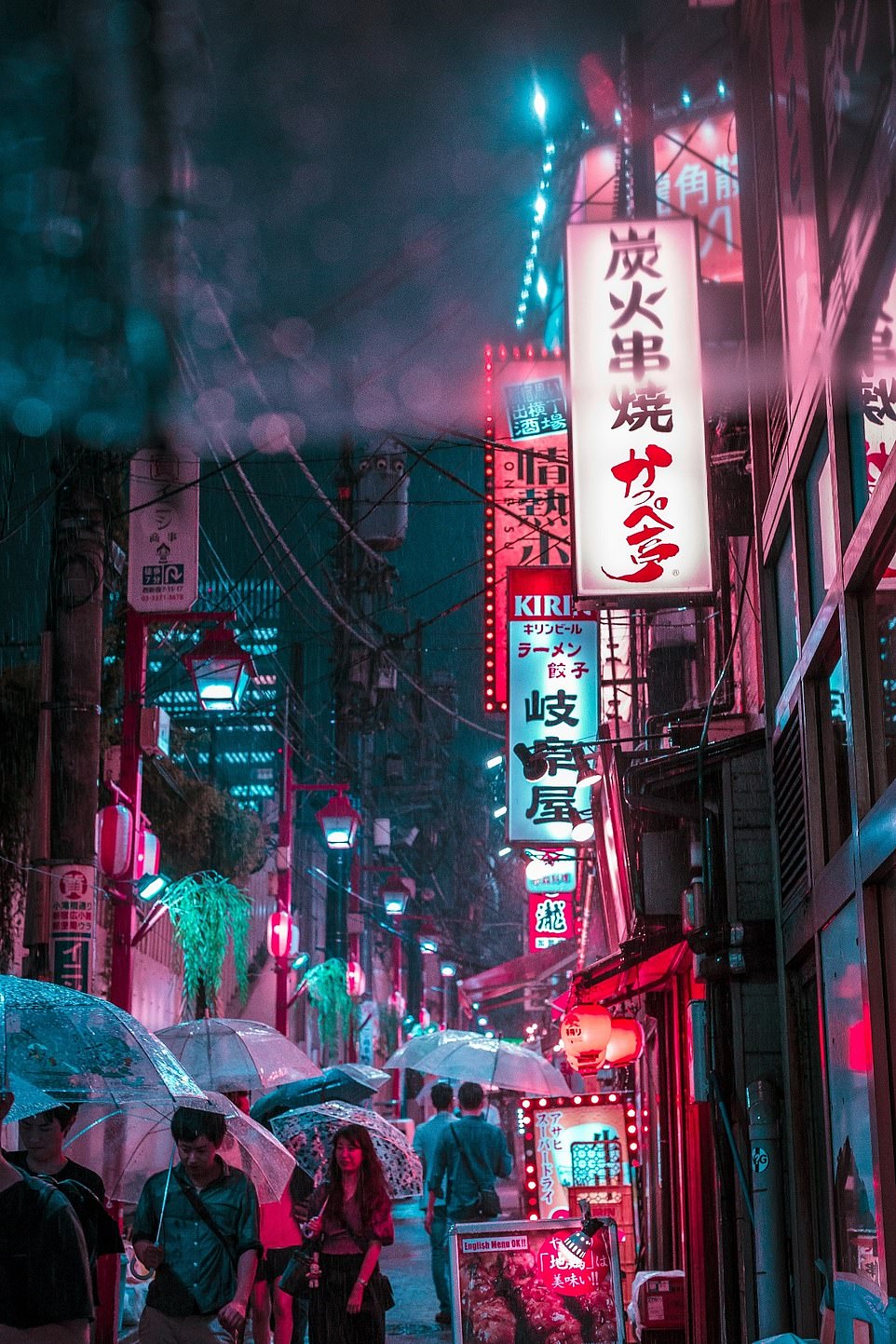 French photographer Jeremy Jacquemoire, shared ‘One night in Tokyo’ which was taken in Tokyo, Japan. The image shows the bustling night life of Japan’s busy capital, which features ultramodern from neon-lit skyscrapers among the traditional historic architecture of the city 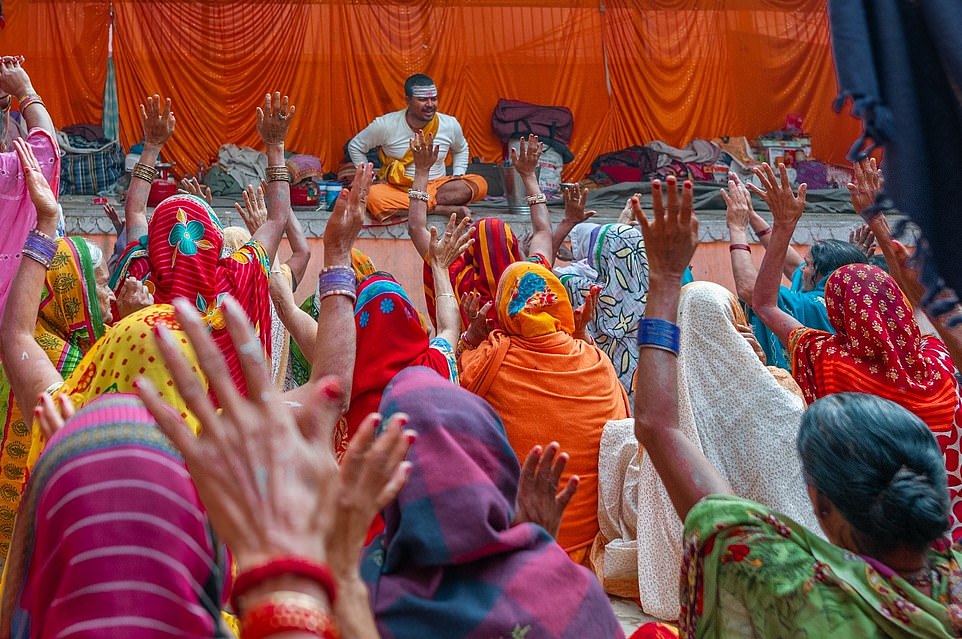 Louise Waldron of, Northborough, Peterborough shared ‘Varanasi Joy’ taken in India. Varanasi is a city in the northern Indian state of Uttar Pradesh,  dating back to the 11th century B.C. and is regarded the spiritual capital of the country 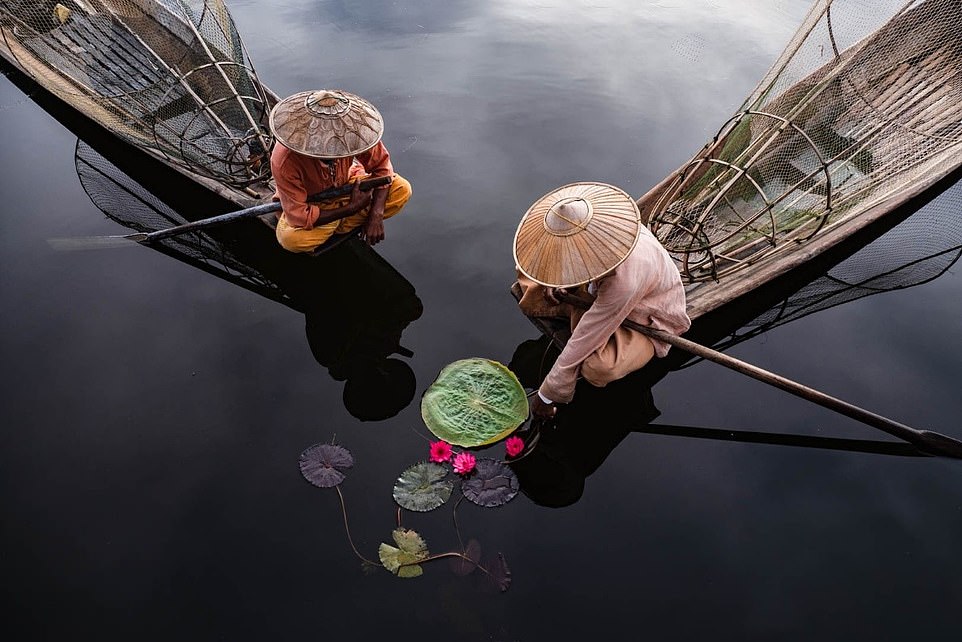 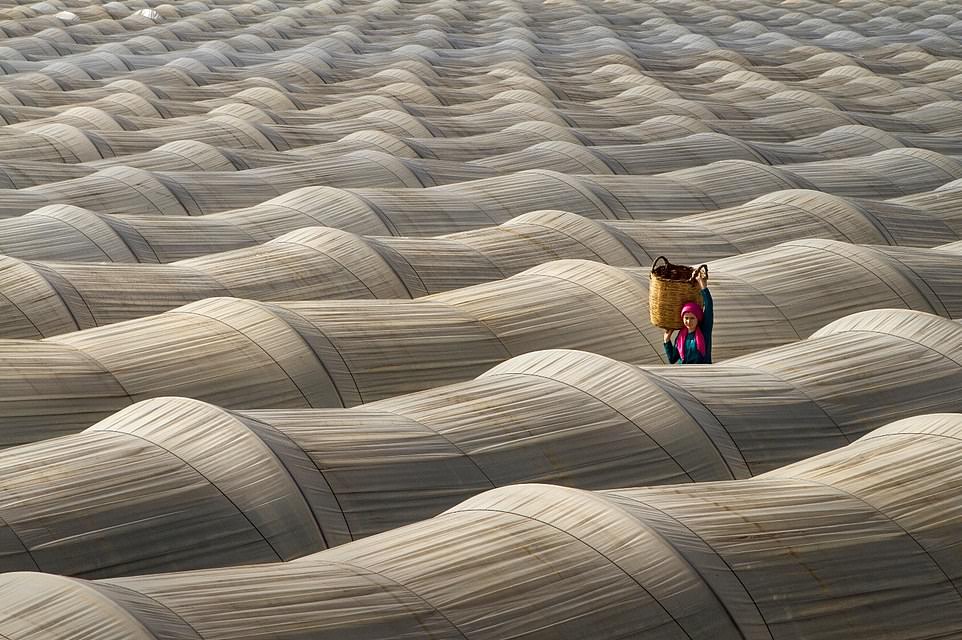 Photographer Leyla Emektar submitted ‘Light and rhythm’ taken in Aydın, Turkey. The ancient Greek Tralles is a city in and the seat of Aydın Province in the Aegean Region. The city is located along a region which was famous for it’s fertility and productivity of crops since ancient times. 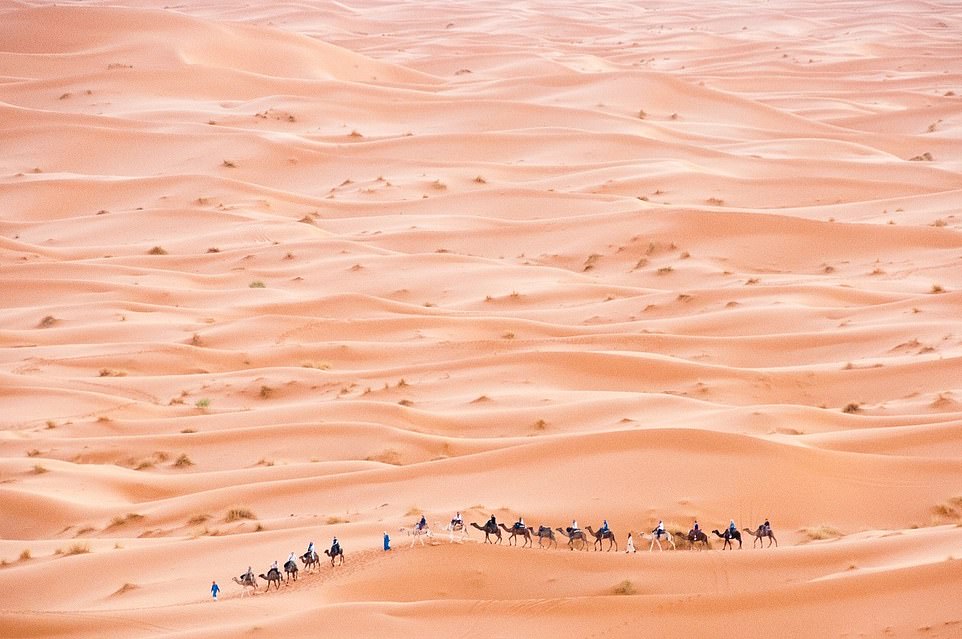 Croatian photographer Saša Huzjak shared ‘Desert caravan’ taken in Erg Chebbi, Morocco. Erg Chebbi is one of Morocco’s several ergs, a large se of dunes formed by wind-blown sand. These dunes rise up to 150 meters from the surrounding rocky desert and altogether it spans an area of 28 kilometres 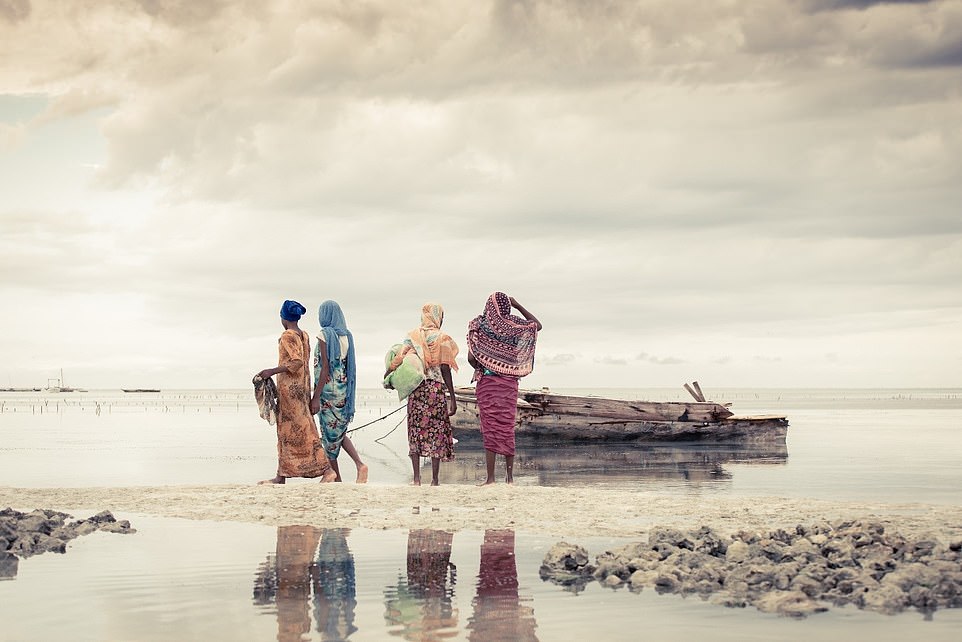 ‘Jambiani’ by Dariusz Ociepa, taken in Jambiani, Tanzania captures women in the village on the island of Unguja,It is located on the southeast coas and has a strong seaweed culture with many farms dotting the coastline and employing 15,000 locals, mainly women 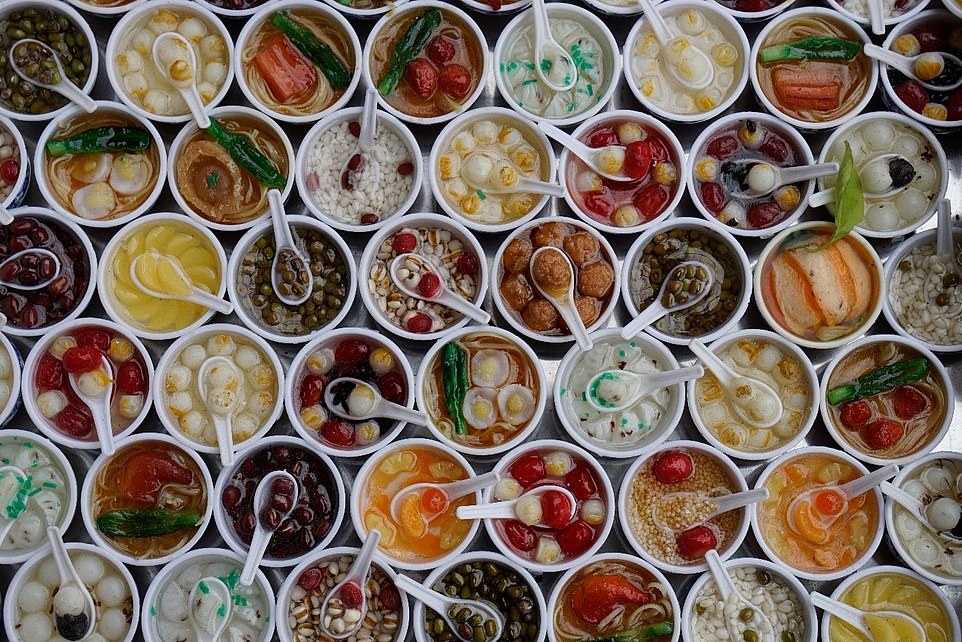 ‘Souvenir’ by Gustav Müller, taken in Hoi An, Vietnam shows an array of Vietnamese dishes. The image was taken on Vietnam’s central coast known for its well-preserved Ancient Town. One of the most famous dishes in Hoi An is cao lau, which translates to Hoi An’s secret noodle 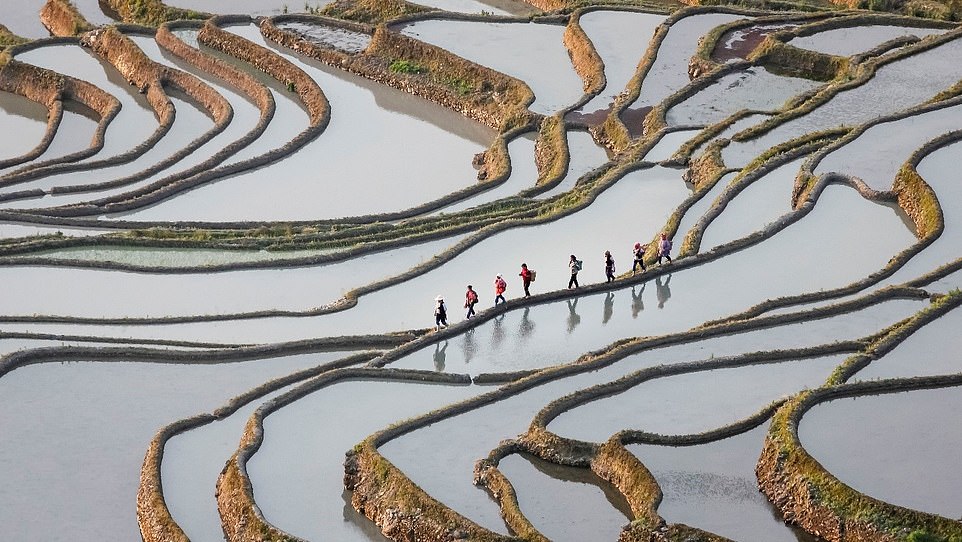 ‘Off to work’ by Sofie Rysheuvels, was taken in Yuanyang, China, a southeastern provence well known for its spectacular rice-paddy terracing and part of the area forms one of the country’s World Heritage Sites 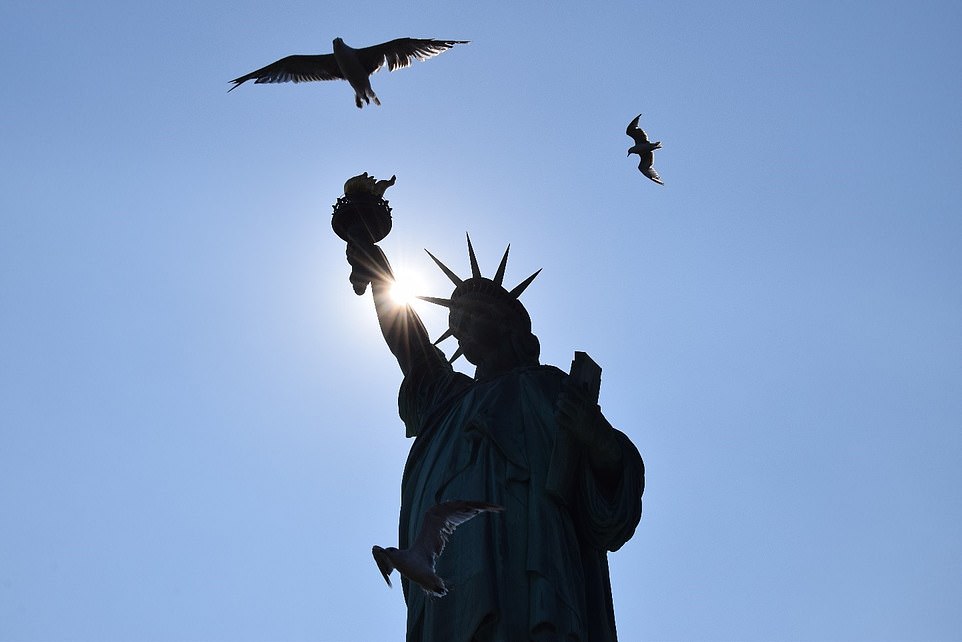 ‘Wings of Liberty’ by Ben Cole, taken in New York, USA depicts the famous Statue of Liberty National Monument on on Liberty Island alongside Bald eagles, a bird of prey found in North America synonymous with the idea of freedom and the ‘American dream’ 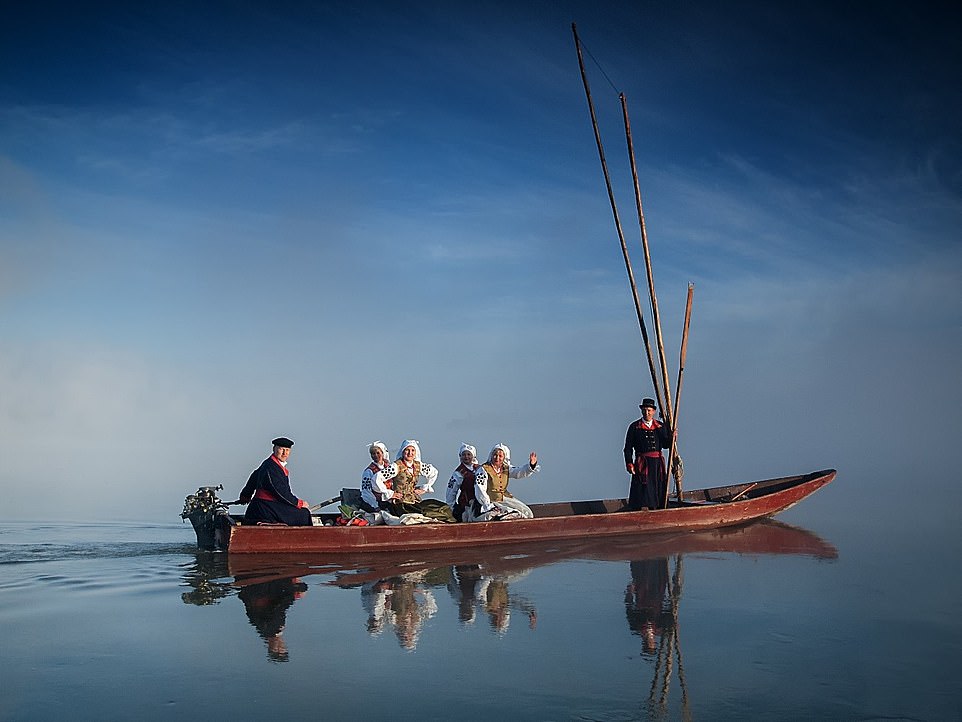 ‘Urzecze’ taken by Jakub Chmielewski in Gassy, Poland shows locals in a wooden boat on a river off a village in the administrative district of Gmina Konstancin-Jeziorna 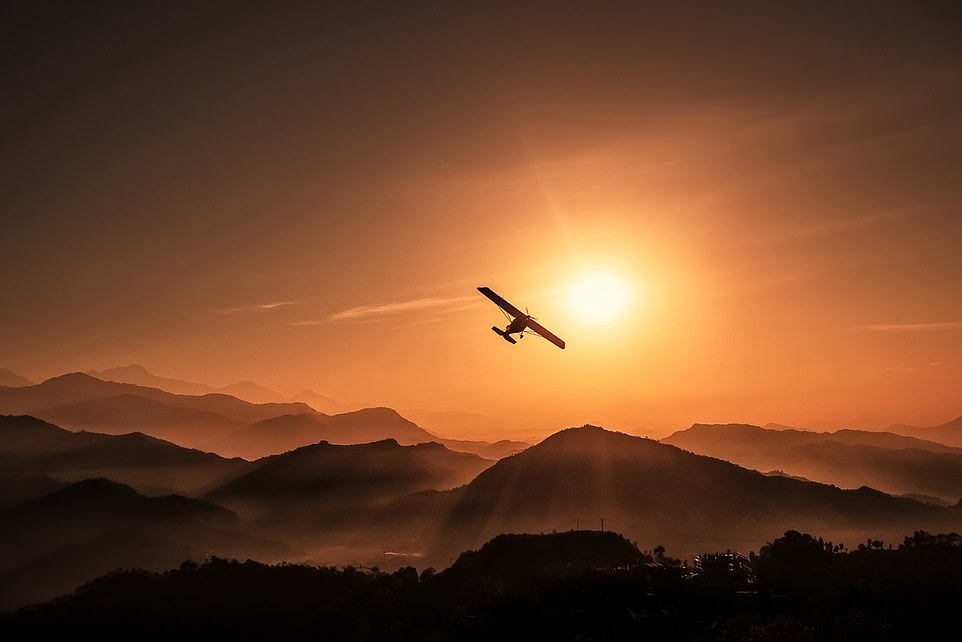 ‘Flying to the sun’ by Yevhen Samuchenko was taken in Pokhara, Nepal – a city on Phewa Lake known as a gateway to the Annapurna Circuit, a popular trail in the Himalayas 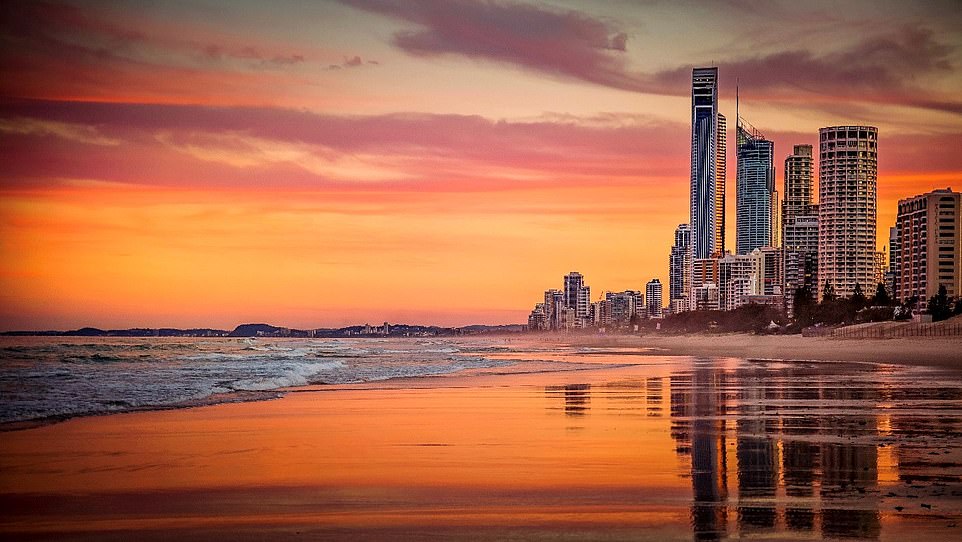 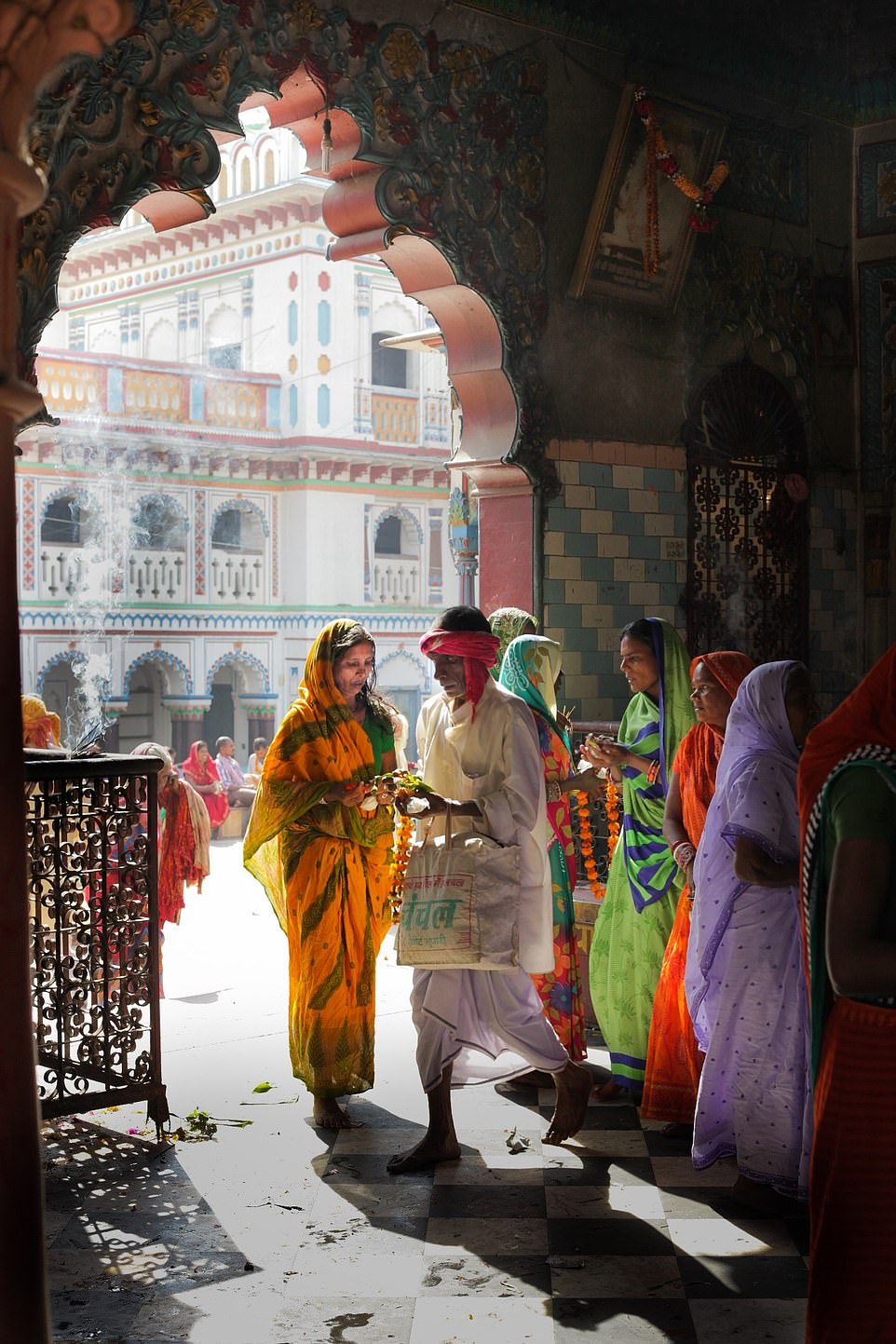 Susana Lopez’s ‘Temple of Sita’ was taken in Janakpur, Nepal, a sub-metropolitan city in Dhanusa District. The district is a centre for religious and cultural tourism recently declared the province’s temporary capital 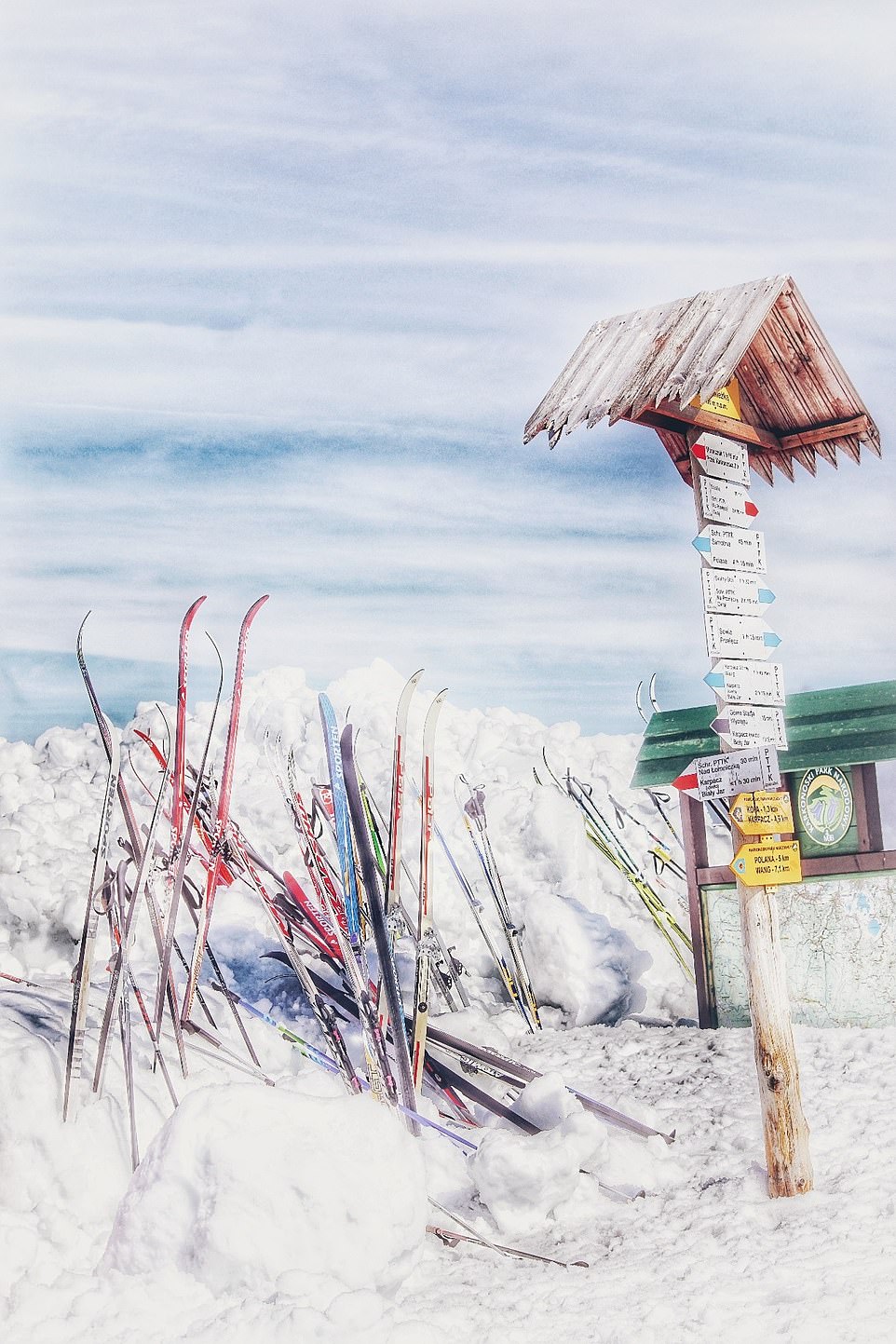 ‘Signpost’ by Marcin Drajem was taken in Karpacz, a ski-town in southwestern Poland. Nearby is an entrance to the Karkonosze National Park, with its peaks and lakes 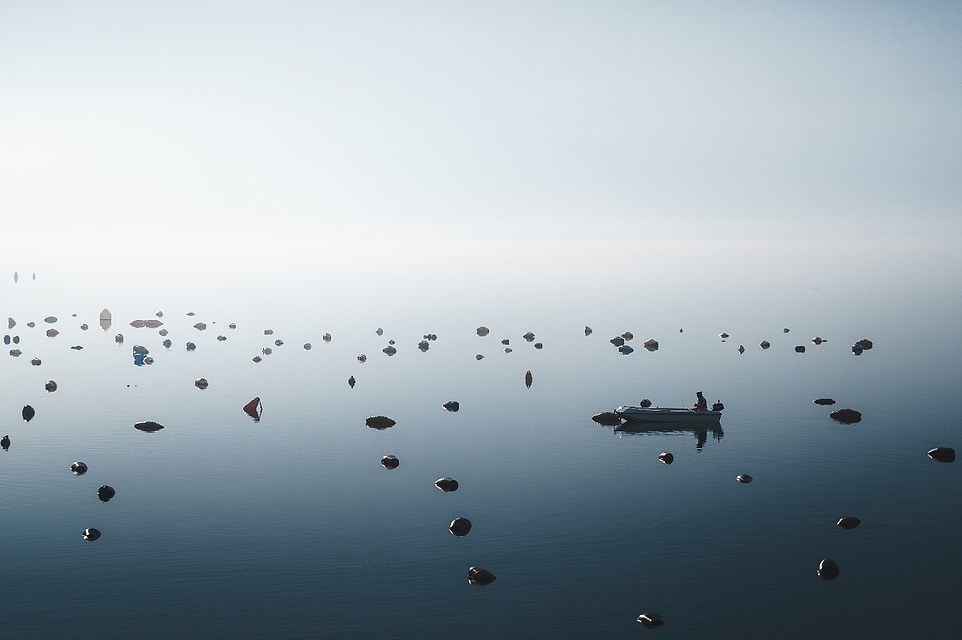 Anskar Lenzen’s ‘A fishers job’ was taken in Perast, Montenegro. The image shows a local fisherman of the town on the Bay of Kotor, known for it’s proximity to the islets of St. George and Our Lady of the Rocks 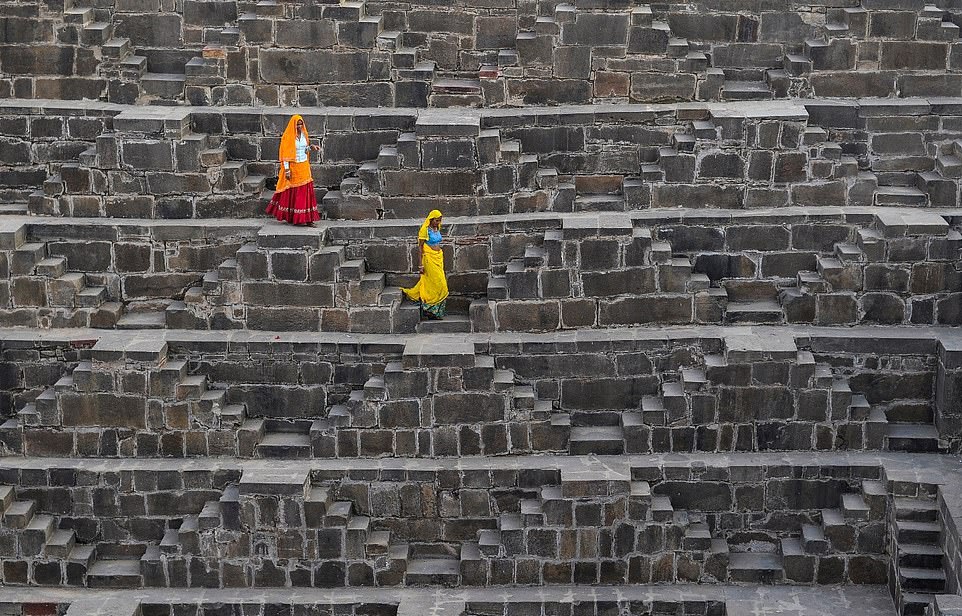 Tor Olav Olsen’s image ‘Stepwell’ was taken in Jaipur, India – the capital of India’s Rajasthan state. Jaipur is a popular tourist destination in India and forms a part of the west Golden Triangle tourist circuit along with Delhi and Agra 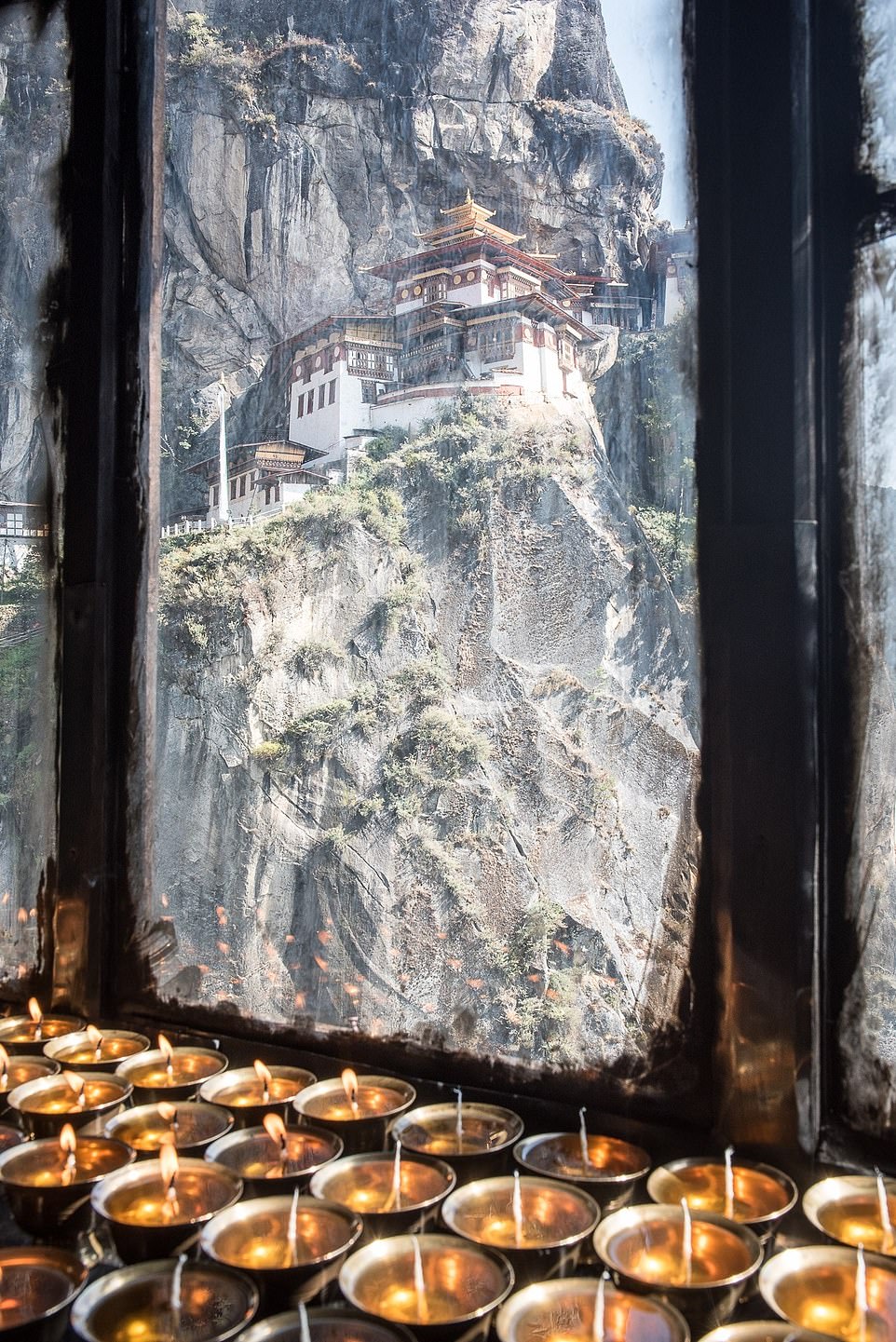 ‘Tiger nest’ by Christian Sauter, taken in Paro, Bhutan, shows Taktsang Palphug monastery  located in a valley town in Bhutan, west of the capital, clinging to cliffs above the forested Paro Valley