A mother-of-one who has spent over £25,000 on plastic surgery to become the UK’s oldest Barbie still can’t find her Ken.

However, despite her best efforts to look like the doll, Rachel explains that she still hasn’t been able to find her Ken.

Rachel Evans has spent £25,000 emulating a Barbie doll and now she says she is on the hunt for her ‘Ken’

And although she has had her heart-broken by her dream man before, Rachel is still on the search for the classic Ken type – plastic, with a six-pack yet still intelligent.

Rachel said: ‘During my transition into Barbie, I realised that I had to love myself before I would be able to love anyone.

‘So now that I have finally become confident in myself I’ve realised it’s time for me to find Ken, to complete my Barbie journey.

‘I’ve had my heart broken by people I’ve thought were Ken before – but the fact I’m not with them now shows they’re not the one. 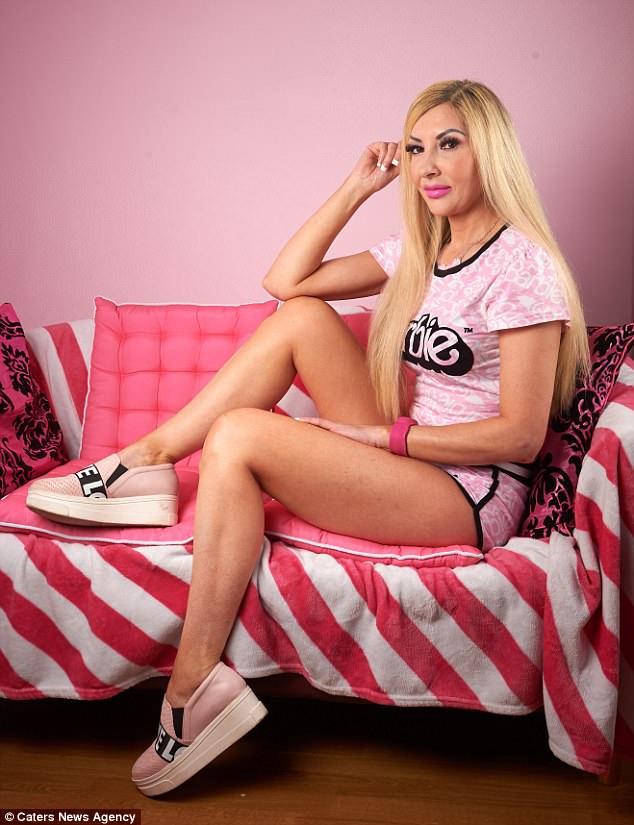 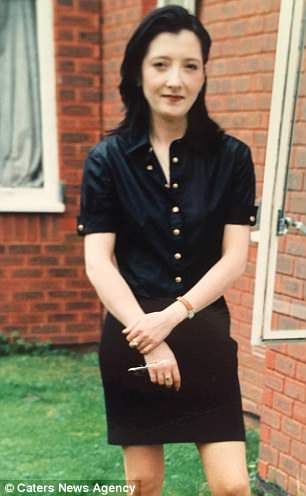 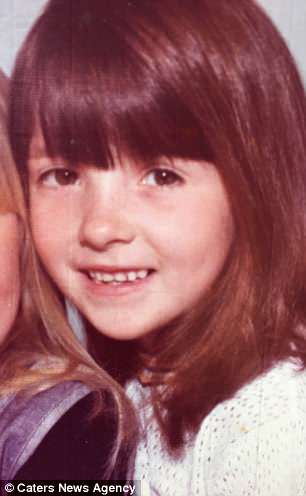 When Rachel (seen in her younger years) was growing up, she had serious identity issues where she claims she went through a gothic, china doll, tomboy and ‘blokey’ phase

‘Despite all of the glamour, I get lonely, and that’s part of the reason I want my dream Ken.

‘But also I’m not going to settle for anyone or lower my standards when I want my dream Ken and he has to be perfect.’

Rachel has been single for six years having separated from her fiancé after a whirlwind relationship that started in 2012 and lasted 15 months.

She admits that her ex was not supportive of her Barbie obsession.

Rachel said: ‘I started my last serious relationship when I was 42. I thought he was my perfect Ken.

‘He was very wealthy and we led a great lifestyle at the start of our relationship but it became very toxic. 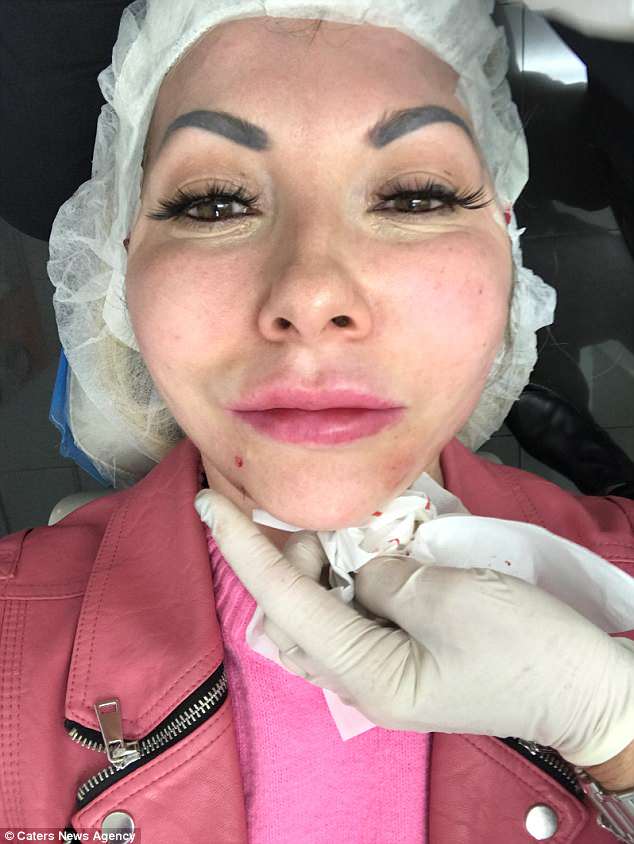 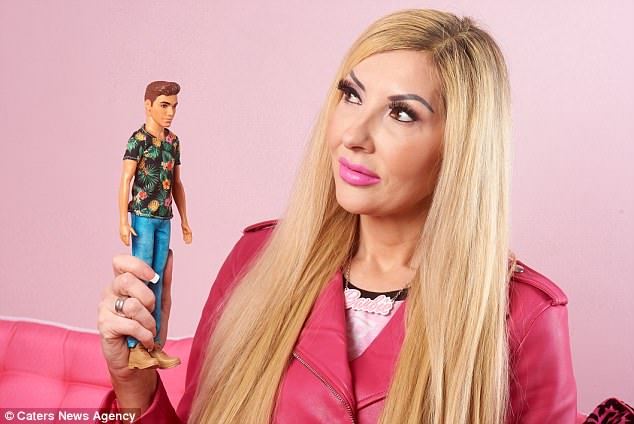 ‘I decided to end the relationship in 2013 as I was never going to not pursue my passion of leading a Barbie lifestyle and copying her image.’

Rachel didn’t date anyone for two years after this as her confident hit rock bottom.

But during this time she dedicated her life to become a bikini model and got into the best shape of her life for competitions on stage.

She said: ‘I have dated three or four guys in the last few years that I thought could have been my Ken but have soon realised they aren’t.

‘I have very high standards and often go for men under 35 years old as the older generation see my Barbie look as a challenge. Younger men are far more accepting of it.’

When Rachel was growing up, she had serious identity issues where she claims she went through a gothic, china doll, tomboy and ‘blokey’ phase. 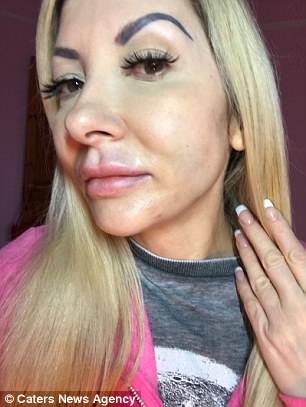 Rachel first started redesigning her face after she suffered depression, following the loss of her son’s identical twin brother at birth and her relationship with her partner was coming to an end.

However since the age of 30, Rachel has been very confident in her new look which she has surgery to maintain every three-months.

She said: ‘I struggled with my gender when I was younger, I dressed like a boy for most of my twenties and I really struggled to see myself as a girl.

‘I didn’t know how I wanted to look and I didn’t feel comfortable in my own skin which made me suicidal.

‘After being very much a toy-boy, I turned very gothic and moody and this made me really down also.

‘But after hearing Barbie’s ‘You Can Do Anything!’ slogan, I realised that I could be whoever I wanted to be.

‘Once I had my son, Rees, 17, I decided that it was time to leave the sad looks behind and focus on reinventing myself into a real-life human Barbie.’

Since making this decision Rachel has spent a total of £25,000 on numerous cosmetic procedures.

However despite spending such a large sum to perfect her look, Rachel suggests that she will continue to top up her surgery forever.

Rachel said: ‘I will never stop topping up my face body, I see myself as a work in progress and I can always improve.

‘Even when I’m 80-years-old I’ll still be having Botox and fillers because I want myself to be perfect.

‘But even though I’ve spent so much money on my appearance and trying to make myself the best human Barbie, I still haven’t managed to find my Ken.

‘I’ll want my dream man to love surgery and take care of his face – I wouldn’t settle for a man with wrinkles.

‘The hair and eye colour doesn’t matter as much, but he’s got to have the plastic look and definitely need a six-pack.

‘I’ve invested so much in my own look that I’m not going to settle for any less than what I deserve – and that is Ken.’