The ‘world’s oldest man’ has announced plans to give up smoking at the ripe old age of 114.

Fredie Blom, from Cape Town, South Africa, has been smoking ‘pills’, local cigarettes made from tobacco wrapped in newspaper, for decades.

But after recently celebrating his 114th birthday – Mr Blom, recognised as the unofficial ‘world’s oldest man’, is on a mission to prove it’s never too late to change.

‘Every day I still smoke two to three “pills”. I use my own tobacco because I don’t smoke cigarettes,’ he told the BBC.

Fredie Blom pictured with a ‘pill’, tobacco rolled in newspaper, hanging out of his mouth at his home in Cape Town 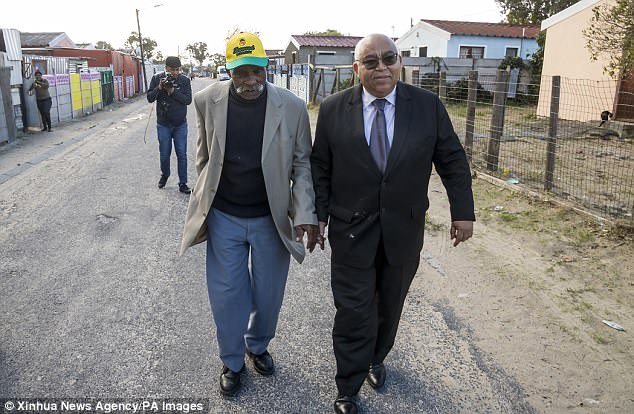 ‘The urge to smoke is so strong. Sometimes I tell myself I’m going to stop but it’s just me lying to myself. My chest chases me to have a puff and I’m then forced to make a “pill”.

‘I blame the devil for that because he’s so strong.’

Mr Blom is a former farm worker who, at 114, is believed to be the world’s oldest living man.

However, he is yet to be verified by the Guinness World Records who have strict criteria for verifying age claims.

In April, the Guinness World Records named Masazo Nonaka the oldest living man at the age of 112. 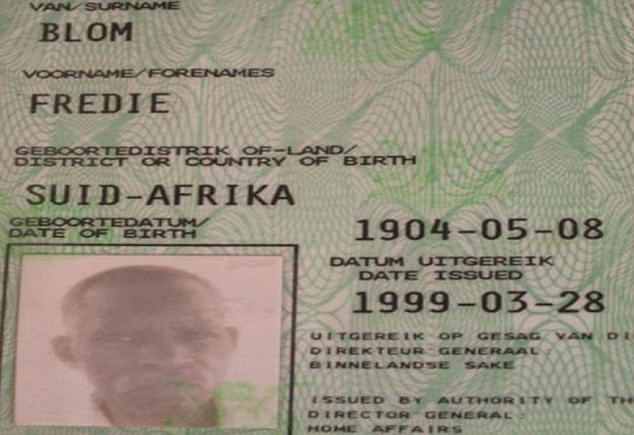 Mr Blom’s passport shows his birth date as 1904, well before the beginning of both world wars Despite his smoking havit, Mr Blom says he believes he will be capable of living a few more years.

‘I feel very healthy, I’m good,’ he said, ‘My heart is strong but it’s only my legs that are giving in – I can’t walk the way I used to.’

Mr Blom credits his faith for his longevity and said that God would decide when he eventually passes away.

‘There’s only one thing – it’s the man above,’ he said when asked what keeps him going.

‘He’s got all the power. I have nothing. I can drop over any time but He holds me.’