World’s sexiest woman and semi-pro golfer Paige Spiranac has made a precautionary last hoorah on Twitter – ‘sharing her cleavage for the last time’ in the wake of a mass Twitter exodus which could spell the end of the platform.

On Thursday, hundreds of Twitter staff resigned from the online social media tycoon after their new CEO Elon Musk laid out a tough work motto ‘commit to a ‘hardcore’ work environment or be fired by 5pm’.

Many employees chose the latter as the hashtag ‘RIPTwitter’ went viral, with Spiranac choosing to address her followers of a new place they could find her if the platform was to cease operations.

‘Here’s my cleavage for the last time on Twitter if it shuts down,’ the 29-year-old posted in a skimpy gingerbread onesie.

‘Make sure to sign up here so you don’t miss anything I’m doing – https://paigespiranac.com/.’

The former division one golfer at both the University of Arizona and San Diego State recently hit back at critics who claimed female athletes over-sexualise their bodies.

The ‘OG Insta golf girl’ appeared as Maxim’s 2022 Sexiest Woman, but is facing competition on the followers front. 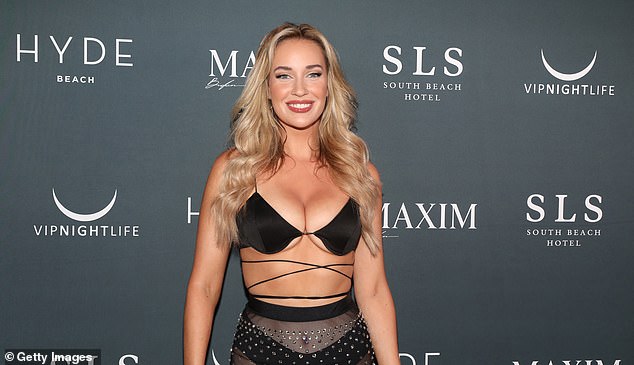 She was the first sportswoman to take top spot in the magazine’s hot 100 list, which first appeared in 2000.

The Pointsbet USA ambassador has since posted on Twitter after her dramatic reveal, sporting a crop top with the caption ‘World Cup! Who are you rooting for?’ 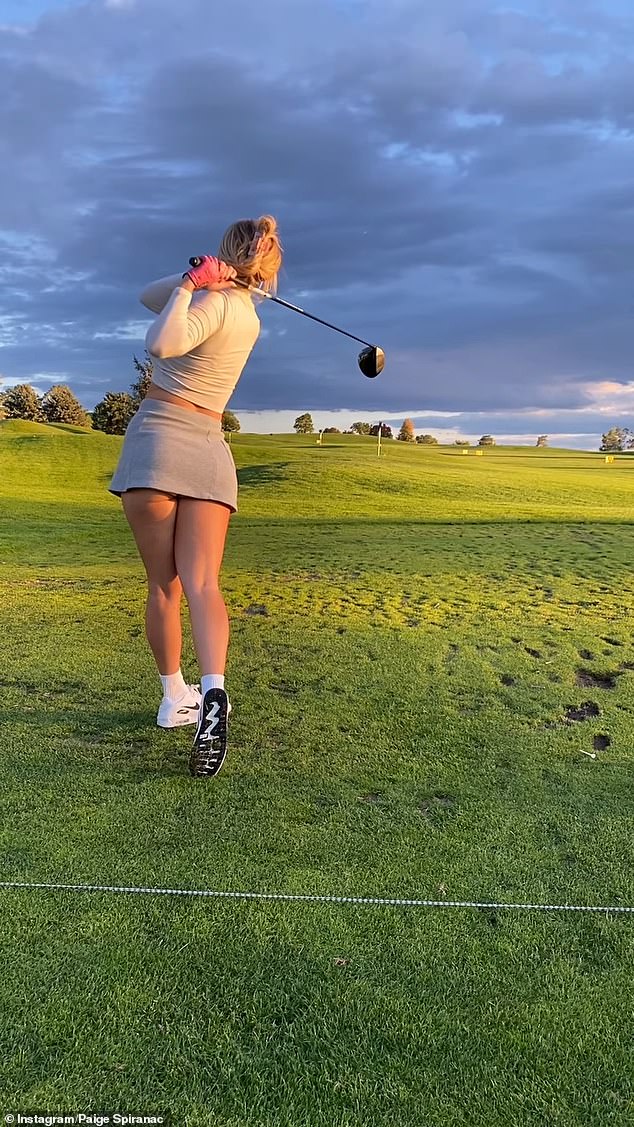 Spiranac smokes a drive for her followers after flaunting her physique for 3.7million Instagram fans

Spiranac’s career has not been without haters and online trolls.

‘This lady goes up to one of the workers … She comes straight up to me, stops me in the parking lot and she goes, ‘Woman to woman, you need to hear this, you look cute but that is highly inappropriate, we have rules here and you cannot wear that outfit’ … I literally cried all the way home,’ she said on her Playing a Round podcast.