World’s tallest Lego tower has been built in Tel Aviv

By Afp and Alastair Tancred

The record-breaking structure comprises more than half a million of brightly- coloured plastic bricks donated by the city’s residents.

The project was launched just over a year ago by teachers of eight-year-old Omer Sayag who died of cancer in 2014, and who loved building Lego towers during his illness.

Toy story: the finishing touches are put to the tower of brightly coloured plastic bricks in Tel Aviv’s Rabin Square 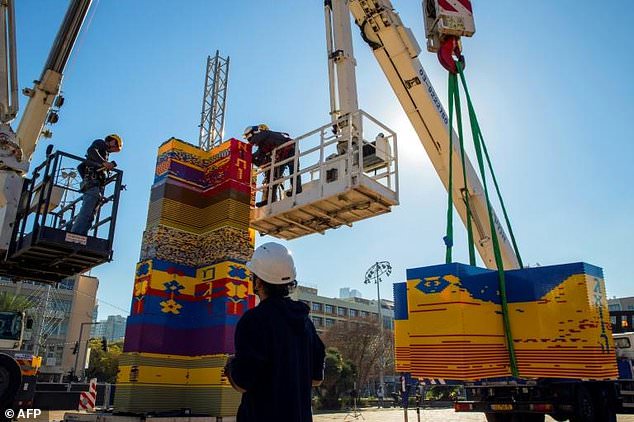 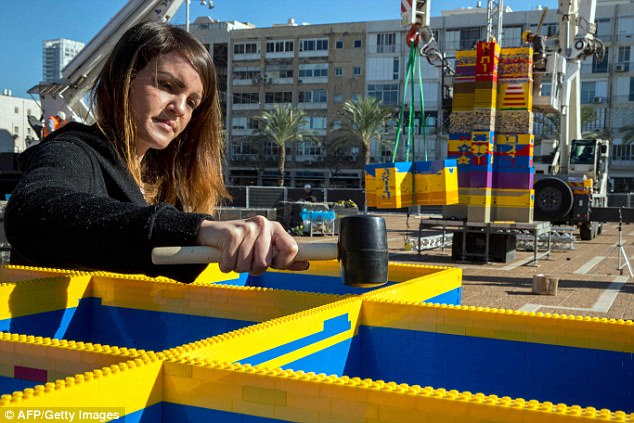 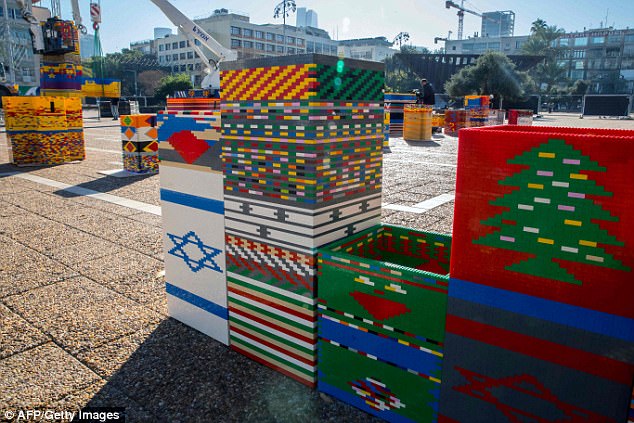 The building has been painstakingly put together using millions of bricks 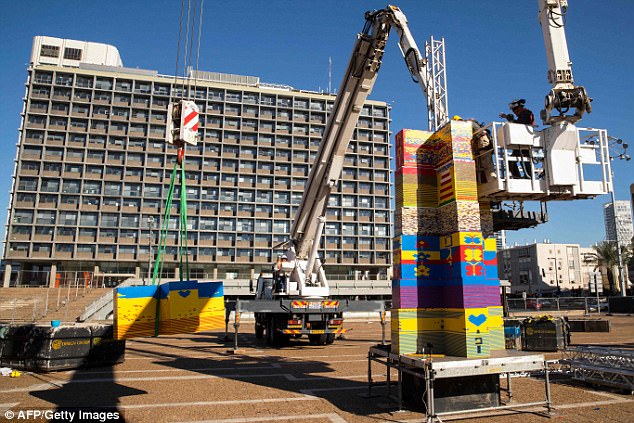 The project was launched just over a year ago

The tower has been put together in sections opposite the Tel Aviv municipality building in Rabin Square.

According to Guinness World Records, the previous record was set in 2015 when the Italian subsidiary of Lego built a 35.05-metre (115-foot) tower for the Milan World Expo.

A municipality spokesman told AFP that proof including pictures shot from a drone will now be submitted to Guinness to verify the new record.