A superstar bodybuilder known as ‘Flexatron’ has been charged with raping a female bodybuilder.

Shawn Rhoden, 44, was charged on Thursday outside of Salt Lake City with rape and object rape, both first degree felonies, and forcible sexual abuse, a second degree felony.

Rhoden, who lives in California, is not in custody but a warrant has been issued for his arrest, police in Utah said on Friday.

The woman, a female competitive bodybuilder who described Rhoden as a mentor, went to visit Rhoden at his hotel in Sandy, Utah on October 12, 2018, according to court documents reported by the Deseret News.

Shawn ‘Flexatron’ Rhoden, 44, was charged on Thursday outside of Salt Lake City with rape, object rape and forcible sexual abuse. He is seen above in a 2014 competition 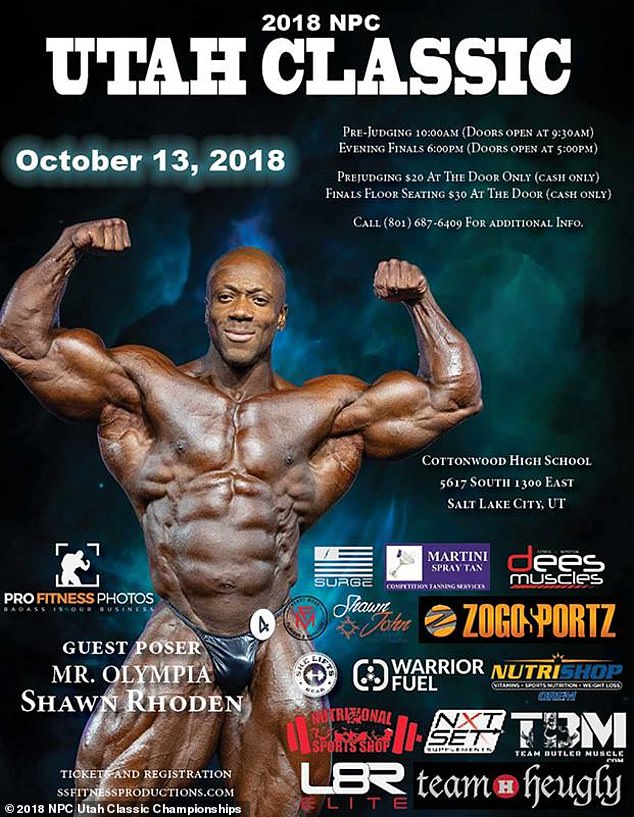 Rhoden was in Utah to attend the 2018 NPC Utah Classic, a national qualifying event

Rhoden is known to have attended the 2018 NPC Utah Classic, a national bodybuilding qualifying event, at a nearby high school the day after the alleged attack.

The woman told police that Rhoden forced himself on her and sexually assaulted her as she yelled for him to stop and attempted to push him away, according to the documents.

Rhoden finally stopped allowed her to leave when she said she needed to leave or a photographer waiting for her in the lobby would known ‘something (was) up,’ she told police.

Police said they found DNA on her body that matched a sample taken from Rhoden. 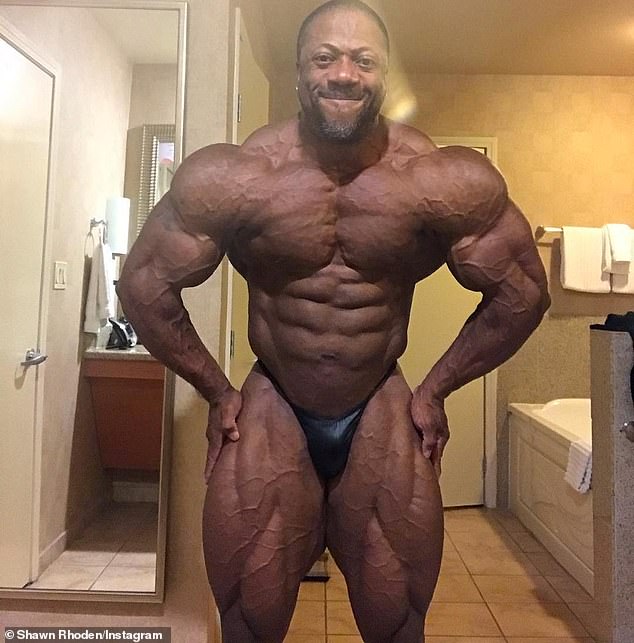 Rhoden strikes a casual pose for his Instagram page. He is the reigning Mr. Olympia, a title generally recognized as the world’s top male professional bodybuilder 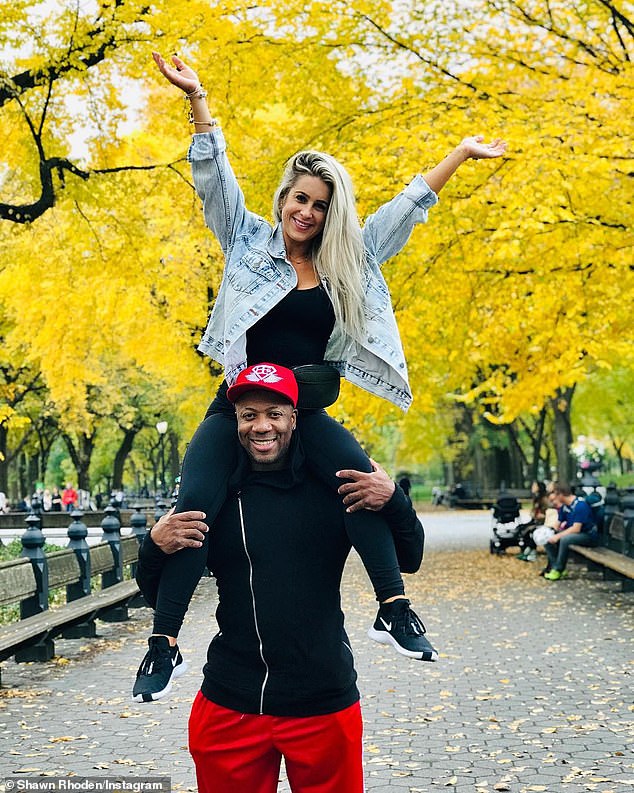 Rhoden is known to be in a long-term relationship with Instagram star Michelle Sugar, and the couple have a young daughter together.

Rhoden, a native of Jamaica, is the current Mr. Olympia. He won the coveted title in the 2018 bodybuilding competition hosted by the International Federation of BodyBuilding and Fitness.

The winner of the annual Mr. Olympia contest is generally recognized as the world’s top male professional bodybuilder.

He made history as the oldest competitor to win the Mr. Olympia title.