Would you buy a home at a lockdown auction without being able to see it first?

With the majority of Britons staying at home because of the coronavirus lockdown, along with impending financial woe and job panic, purchasing a property might be the last thing on many people’s minds.

However, for some, they will be preparing to take part in an online property auction, bidding for houses they cannot see in person.

While this might seem a risky move, estate agent Savills shifted £18.5million worth of property in its online auctions last month, proving that interest is still there.

Usually auctions consist of potential bidders cramming into a room, ready for their turn to put forward an offer on their chosen lot.

Property auctions are now having to take place online, due to the current lockdown in place

However, due to the ongoing pandemic and the need for social distancing, this is no longer possible.

Now, the industry has taken the bidding online. But would you be willing to bid on a property you have never seen? And how does an online auction work?

This is Money, with the help of Savills, reveals what bidders can expect from a virtual bidding process.

How does online bidding work

The ballroom has now been moved to the bidder’s homes with a live stream taking place on the Savills website and bids being taken from those on the phone, by proxy and through the internet.

Bidders pre-register, as they usually would, with all their information, having looked at a catalogue beforehand.

Those taking part then log on and watch a live stream of an auctioneer calling out the lots, as they would normally, with the event taking place over an eight hour period.

If bidders are interested, they can virtually express a bid via their keyboard or via phone, speaking to members of the Savills team. 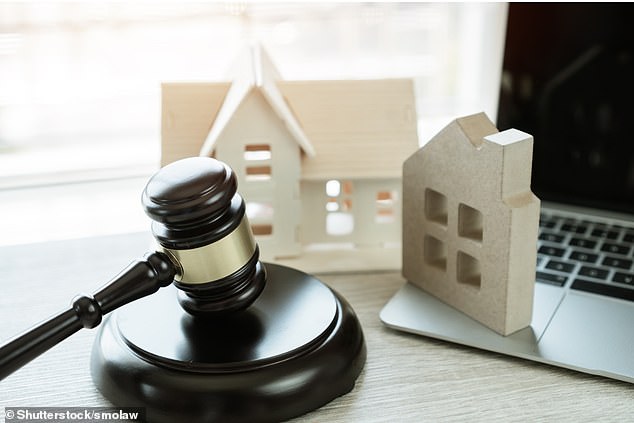 Online: Bids are now being taken from those on the phone, by proxy and through the internet

As an example, Savills’ March auction was led by a single auctioneer from home, supported by nearly thirty Savills colleagues all based remotely who helped run the auction.

Christopher Coleman-Smith, head of Savills Auctions, said: ‘We were keen to provide a platform for both buyers and sellers that was accessible, straightforward, reliable and familiar, remote bidding being the obvious route to market.

‘The feedback we had from phone calls went to highlight the belief and faith that they held in what we know to be a tried and tested vehicle for selling properties.’

The live video stream means people are able to view the sales taking place and access the live results from Savills website.

For those that are newer to the remote bidding process, Savills said it provides guidance and reassurance, answering any queries bidders might have. 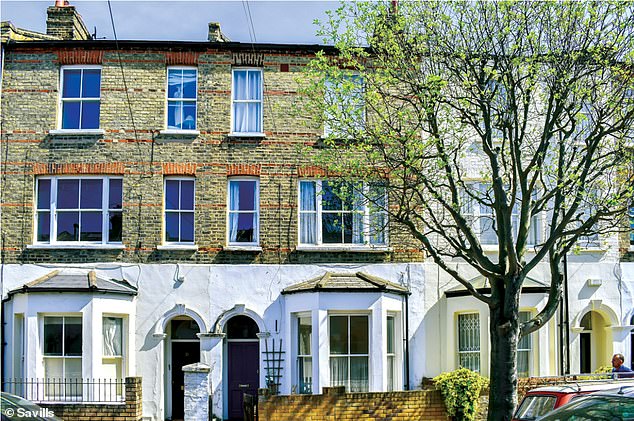 Are many people bidding?

Unsurprisingly, there have been fewer bidders than usual registering for the auction and less properties available to bid for.

There are still an interesting selection of lots up for grabs in Savills’ next auction in May.

This includes a one bedroom self-flat with a private garden in Battersea with a guide price of £375,000 due to its need of modernisation.

A unique chapel conversion located in Alderley Edge, a sought after village forming part of Cheshire’s Golden Triangle is also up for a guide price of £460,000.

One of the reasons for this, as well as one of the main challenges, has been viewings.

Whilst Savills has provided video tours for many of the properties, understandably, there has been less interest in properties due to bidders not being able to actually explore the homes themselves.

Another of the issues auctioneers are facing is getting surveyors in to look at the properties.

If it is vacant, like most are, it isn’t a problem but otherwise there are safety issues which mean it can be difficult for surveyors to carry out the necessary checks.

However, there has been more interest than initially expected. Coleman-Smith said: ‘It has been quite successful considering the circumstances. I’ve been surprised at the amount of interest there is out there for this.’ 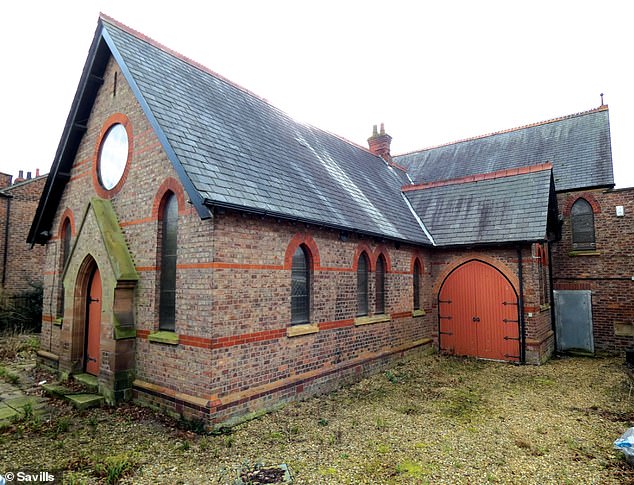 Is the pricing the same?

Whilst many of the properties under auction in Savills March event reached their guide price, there is uncertainty over whether this will remain the same in May due to the ever changing state of affairs regarding coronavirus.

Savills has received a lot of calls from people who want to put their property up for auction as their sale has fallen through and are looking for a ‘quick result’. However, the flip side is they’re not willing to be flexible.

Coleman-Smith said: ‘Good properties are still getting interest with realistic prices. However, in a market where some buyers may be feeling uncertain it is important that vendors have realistic expectations when it comes to setting a reserve price.’

To allow for the extraordinary circumstances, a lot of clients have also put extended completion dates in place, with many now giving a six to eight week completion date.

This gives buyers more time to organise their funds and the necessary paperwork.

There are fewer people taking part in online auctions at the moment due to the ongoing pandemic with a far lower number of properties also waiting to be snapped up than usual.

However, some investors are still taking interest in online auctions with the view to renovate the properties in the future.

There has also been a small increase regulated tenancy properties becoming available.

A regulated tenancy is a long-term agreement between a tenant and a private landlord which offer the tenants a right to remain in the property for life.

As such, the rent can often be much cheaper than other, similar homes.

Coleman-Smith added: ‘Uniquely we have multiple lots with regulated tenancies, typically bought by professional investors but these provide a great opportunity for smaller investors to build their portfolios.

‘At the next auction in June, we might be able to offer viewings again. Whilst this will still be regulated, if we are able to have more physical viewings, it is likely the property market will improve.’