Would you take a second mortgage to pay your child’s SCHOOL FEES?

A new company that helps parents take out second mortgages to pay their children’s school fees claims it will help open up private education to families who can’t currently afford it.

This will allow parents, who are perhaps asset rich but cash poor, to spread the cost of their child’s education over up to 30 years.

But mortgage experts warn that second charge loans should be taken with caution, as they mean loading up on more debt and can make remortgaging or moving home in the future harder unless that extra home loan is cleared first.

Any borrower using this scheme will have to fork out for substantial interest costs, which we explain below.

Hill says it is a response to rises in private school fees, which he has experienced himself with three children currently in the system.

Research completed by Killik and Co suggests that private day school fees have increased by 403 per cent since 1990.

This means even those on higher salaries may struggle to afford it, especially if they have more than one child to consider.

‘There are really good options to finance a car or a house, but for school fees there are no products available to support families with that expense,’ he says. 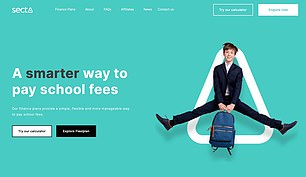 Secta brokers loans to help parents meet the costs of private schooling, which costs them a collective £10bn per year

According to the Independent Schools Council, the average fees for a day school were £4,980 per term in 2020, while for boarding schools that increased to £11,763 per term.

There are more than 2,500 independent schools in the UK catering for approximately 620,000 pupils or 7 per cent of school children.

How do second charge mortgages work?

The main drawback of second charge mortgages is that they incur fairly high interest rates.

The lowest Secta can currently offer is 3.37 per cent, while rates on main mortgages are less than 1 per cent in some cases.

Making school fees add up: What are parents’ options?

If you have your heart set on private school, the best option is to start saving early – even before your child is born – into a tax-efficient vehicle. But for those further down the road, options include:

Remortgaging A standard remortgage can help you access equity, though there may be early repayment charges if you are locked in to a fixed term

Personal loans Most people can only borrow around £25,000, and interest rates are often higher than loans secured on your home

Investing If it is more than five years until you want to send your child to private school, investing your pot in funds exposed to the stock market could see it grow faster – though your money is at risk

School fee plans These dedicated investment vehicles can offer more protection that going it alone, but often require a ten-year commitment and can have lower returns

Discounts Some schools offer these for children with siblings at the same school, or parents in certain jobs – but they may be kept under wraps

They allow homeowners to use the equity in their home as security against another loan, on top of any existing mortgage.

Parents wanting to use this model will need to have at least as much equity in their home as they want to borrow for school fees.

They also need to ensure they can afford the monthly repayments on top of their main mortgage.

Like any home loan, the property can be repossessed if you don’t keep up repayments.

They must be paid off, or transferred on to a new mortgage, when the homeowner sells their property.

But interest rates on second charge mortgages, though higher than a typical residential loan, are still usually lower than borrowing money from the bank in the form of an unsecured loan – another popular option for parents seeking to pay for school fees.

Unsecured loans also have lower borrowing limits, typically only up to £25,000, and shorter repayment terms.

Hill says he came up with the idea for Secta after putting his own three children through private school while experiencing the fluctuating income of a self-employed business owner.

‘How parents pay for private school fees is no longer fit for purpose,’ he says.

‘They are still paying large lump sums, sometimes, with expensive and inflexible means using credit cards or unsecured loans, that simply is not sustainable.

‘Many parents make significant sacrifices to give their children a private school education. But it doesn’t have to be that way.

‘It makes sense to have a solution whereby parents can spread the cost over a longer period of time if they wish (up to 30 years), to reduce the strain on their finances, but still be able to give their children a private education.’

Secta has two finance plans. The Flexiplan allows parents to ‘draw down’ money over a five-year period, meaning they only pay interest on the funds they have taken out of the pot.

The available mortgages for this type of borrowing have a minimum interest rate of 3.95 per cent, according to Secta.

Secta has provided this example of how its Flexiplan could work.

The other option is the Advance Plan, which is paid as a lump sum so the borrower would pay interest on the full amount from day one. This has a minimum interest rate of 3.37 per cent.

These rates could be significantly higher depending on the parents’ financial circumstances, and whether they choose a fixed or variable mortgage rate. The latter would mean repayments could vary over time. 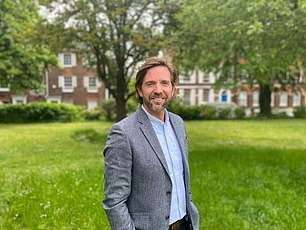 Parents can only draw down funds for five years of their childrens’ education, although Hill said they could potentially refinance their original loan after that to borrow more.

Repayment terms range from 5 years to 30 years, borrowers are free to overpay to clear the balance sooner, and there are no early repayment charges.

For those who don’t have a large early repayment charge on their existing mortgage, remortgaging could be a cheaper option. Secta will also advise families on this where appropriate.

Secta will broker the second charge mortgages via a panel of lenders, while its remortgage advice will draw on the whole of the market.

The company is authorised by the Financial Conduct Authority and charges a flat arrangement fee of £795.

Expert view: ‘Count the cost over the whole term’

This is Money asked two personal finance experts what parents should think about if they’re considering using Secta to fund their childs’ education.

‘School fees can be a considerable expense for parents and few can afford to pay them out of income or savings.

‘There are various options available, such as tailored finance plans and more general options such as remortgaging to raise the necessary funds.

‘Parents should consider all the options available and compare the costs over the term of the borrowing before opting for a finance package.

‘The rate of interest is higher than on a standard mortgage – starting from 3.95 per cent – but is only payable on the money that is actually drawn down. There are no early repayment charges if the loan is repaid early in full or a fee for not using any pre-agreed finance.

‘Interest is also payable as you go along, rather than rolled up, so you don’t face a huge bill at the end of the term and need to sell your home to pay it.

‘However, if you want to move during the loan term, you will have to apply to the lender as it has a charge on your home.’

‘This could help individuals who are asset-rich and cash poor. An example would be someone who is nearing pension age and has significant pension savings, but doesn’t have access to them yet.

‘It may also help someone who has a big inheritance tax liability, as taking on debt will reduce that.

‘If the most important thing in your financial planning is to send your children to a fee-paying school, it is a fantastic thing. The flexibility is also good if you don’t know how much you’re going to need.

‘But most borrowers are likely to pay more than the advertised minimum rates of 3.95 and 3.37 per cent, and they may be able to get better second charge mortgage rates on the open market if they didn’t use Secta – especially if they approached their existing mortgage lender.

‘A standard remortgage, rather than second charge, would be cheaper in many circumstances.

‘It has its place, but there are other options you should consider first. This includes a secured loan, although most people can only borrow up to £25,000, and a standard remortgage.

‘As always, any borrowing secured on your property requires serious consideration of the potential implications.’