The Indonesian transport minister then intervened to sack Lion Air’s technical director and order the removal of several of his staff, citing government authority over the aviation sector.

‘Today we will remove Lion’s technical director from his duties to be replaced by someone else, as well as technical staff’ who cleared the flight to depart, Budi Karya Sumadi told reporters.

The two-month-old Boeing plane plunged into the Java Sea on Monday just minutes after takeoff from Jakarta, killing all 189 people on board.

Rescuers conduct a search operation for the victims of the crashed Lion Air plane in the waters of Tanjung Karawang, Indonesia 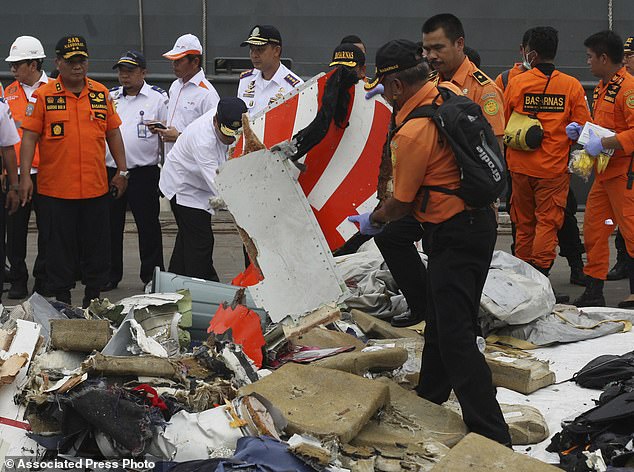 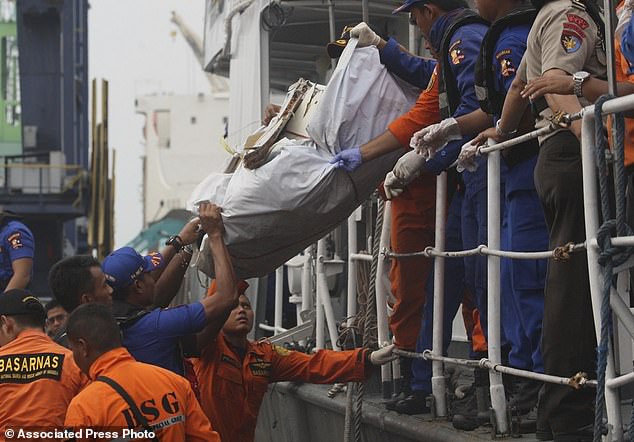 Locating the fuselage will bring the search effort closer to finding the airplane’s flight recorders, which are crucial to the accident investigation.

Experts are currently carrying out the grim task of identifying dozens of body parts recovered from a 15 nautical mile search area.

‘This morning I’ve been briefed by the head of Search and Rescue Agency about the strong possibility of the location coordinates’ of Flight 610, said armed forces chief Hadi Tjahjanto.

‘We’re going to see it ourselves on location. And hopefully that is the main body of the plane that we’ve been looking for.’

The disaster has reignited concerns about safety in Indonesia’s fast-growing aviation industry, which was recently removed from European Union and U.S. blacklists, and also raised doubts about the safety of Boeing’s new generation 737 MAX 8 plane.

Boeing Co. experts are expected to arrive in Indonesia on Wednesday and Lion Air has said an ‘intense’ internal investigation is underway in addition to the probe by safety regulators.

Data from flight-tracking sites show the plane had erratic speed and altitude in the early minutes of a flight on Sunday and on its fatal flight Monday.

Safety experts caution, however, that the data must be checked for accuracy against the plane’s ‘black boxes,’ which officials are confident will be recovered. 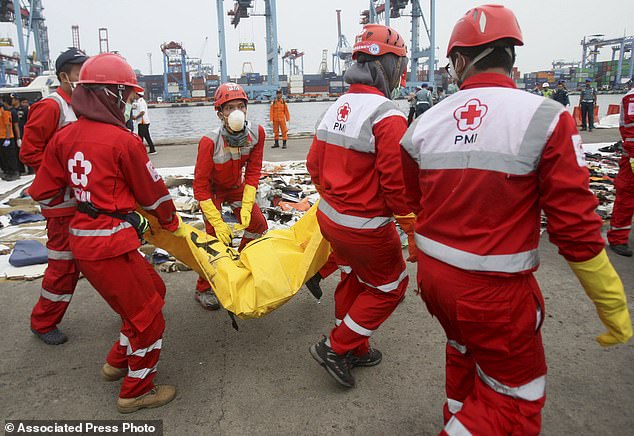 Passengers on the Sunday flight from Bali to Jakarta have recounted problems that included a long-delayed takeoff for an engine check and terrifying descents in the first 10 minutes in the air.

Lion Air has said maintenance was carried out on the aircraft after the Sunday flight and a problem, which it didn’t specify, was fixed.

Anguished family members have been providing samples for DNA tests and police say results are expected within 4-8 days. 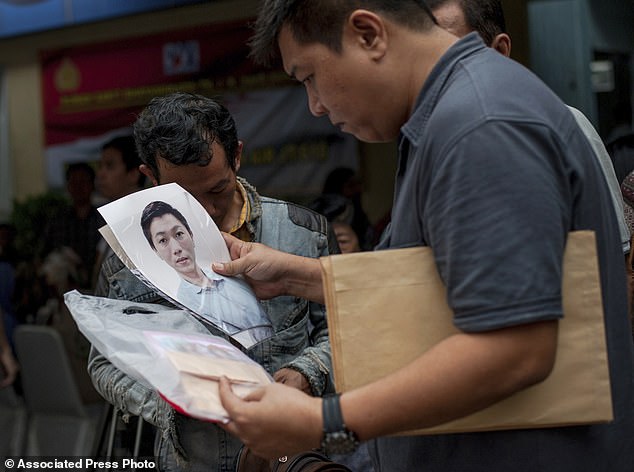 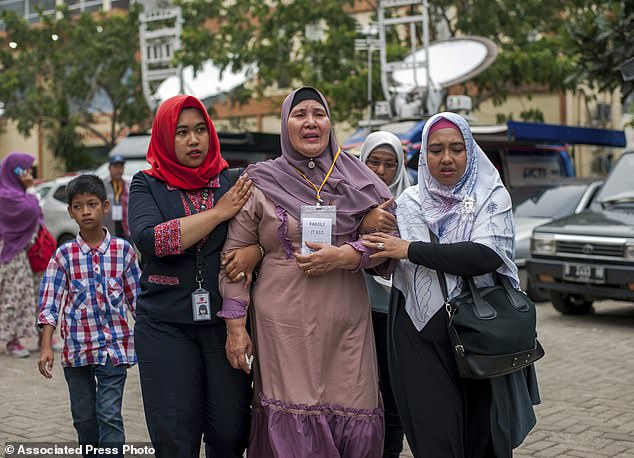 Musyafak, the head of Said Sukanto Police Hospital, said nearly 150 samples for testing have been collected but more are still needed, especially from parents and children of victims.

‘Of course there are lots of things we will ask them, we all have question marks here, ‘Why? What’s the matter with this new plane,” Putut said. 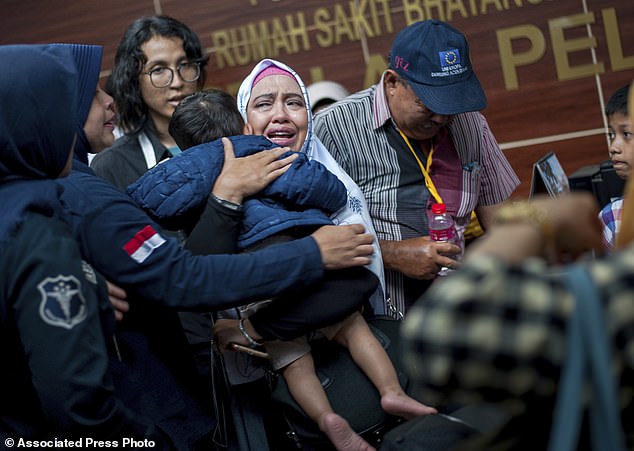 Indonesia’s Transport Ministry has ordered all Boeing 737 MAX 8 planes operated by Lion Air and national carrier Garuda to be inspected. Lion has ordered 50 of the jets, worth an estimated $6.2 billion, and currently operates nine.

The aircraft manufacturer told airlines in a bulletin, ‘Boeing has no recommended operator action at this time,’ according to two people familiar with the matter.

The crash is the worst airline disaster in Indonesia since an AirAsia flight from Surabaya to Singapore plunged into the sea in December 2014, killing all 162 on board.

Indonesian airlines were barred in 2007 from flying to Europe because of safety concerns, though several were allowed to resume services in the following decade. The ban was completely lifted in June. The U.S. lifted a decadelong ban in 2016.

Lion Air, a discount carrier, is one of Indonesia’s youngest and biggest airlines, flying to dozens of domestic and international destinations. It has been expanding aggressively in Southeast Asia, a fast-growing region of more than 600 million people.