A passenger on the US evacuation flight from the coronavirus outbreak epicenter in Wuhan has reportedly tried to leave a California military base less than halfway through a mandatory 72-hour observation period.

Riverside County Health officials issued a quarantine order requiring the passenger to remain at March Air Reserve Base on Thursday.

The subject of the order, who was not identified, was one of 195 passengers who landed at the base in Riverside on Wednesday morning on a flight chartered by the State Department to remove US diplomats and private citizens from the virus-stricken Chinese city of Wuhan.

All of the passengers are being monitored for coronavirus symptoms on the base for 72 hours to ensure they do not pose a risk to the public.

News of the quarantine order came just as the World Health Organization announced that it was declaring the deadly coronavirus outbreak a global health emergency.

More than 8,000 coronavirus cases have been confirmed in 18 countries and territories and 170 people have died, all of them in China.

Six cases have been confirmed in the US and 168 possible cases are under investigation.

A passenger on the US evacuation flight from the coronavirus outbreak epicenter in Wuhan reportedly tried to leave March Air Reserve Base on Thursday, less than halfway through a mandatory 72-hour observation period. Passengers are seen deplaning after the flight arrived at the base in Riverside, California, on Wednesday morning

‘Riverside County Public Health Officer Dr Cameron Kaiser issued the order requiring the person to stay for the entire incubation period or until otherwise cleared,’ a news release from the county stated.

‘This action was taken as a result of the unknown risk to the public should someone leave MARB early without undergoing a full health evaluation.’

All 195 passengers and six crew members underwent at least four health screenings prior to their arrival at MARB – including two before departing from Wuhan Tianhe International Airport and two more during a refueling stop in Anchorage, Alaska.

Though none of the passengers have showed signs of illness, they agreed to stay at the base voluntarily as a precaution, according to Dr Chris Braden of the US Centers for Disease Control and Prevention.

The flight arrived at MARB just after 8am local time Wednesday and was greeted by officials in hazmat suits before passengers were filed onto awaiting buses and taken to another building.

The plane was initially scheduled to fly to Ontario International Airport in Ontario, California, but was diverted to the air base 25 miles away without explanation late on Tuesday night.

There are said to be more than 1,000 Americans still in Wuhan, and State Department officials have now said they are planning a second evacuation flight.

China has cut off access to Wuhan and 16 other cities in Hubei province to prevent people from leaving and spreading the virus further. In addition to the United States, countries including Japan and South Korea have also planned evacuations. 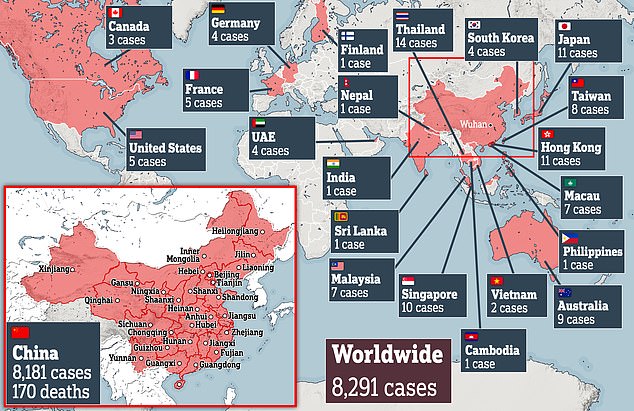 As of Thursday afternoon more than 8,000 coronavirus cases have been confirmed worldwide and 170 people have died, all of them in China 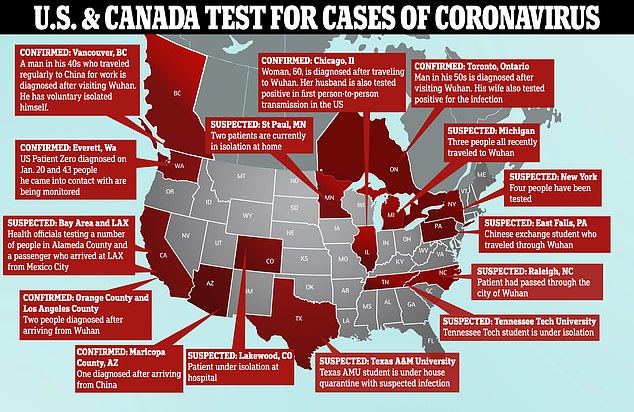 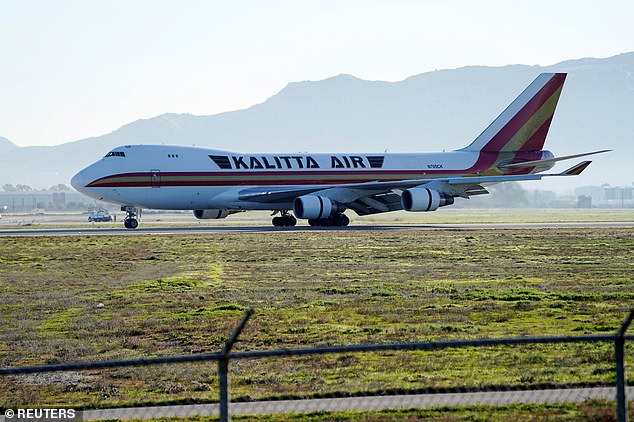 The flight arrived at MARB just after 8am local time Wednesday. All 195 passengers underwent at least four health screenings prior to their arrival in California – including two before departing from Wuhan and two more during a refueling stop in Alaska 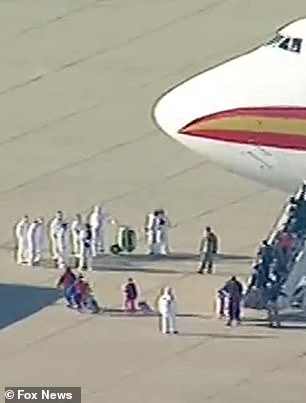 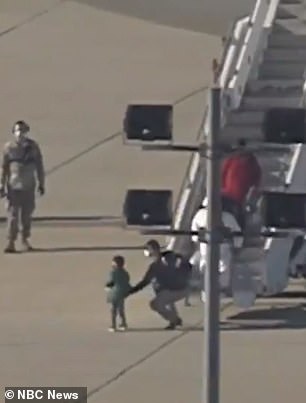 There were 195 passengers – including a number of small children – and six crewmembers onboard. They filed out of the plane and stepped into awaiting buses (left and right)

The World Health Organization announced on Thursday that the outbreak has been designated a ‘public health emergency of international concern’ – the highest warning the UN agency can give.

Just one week ago, the WHO decided to hold off the declaration as there was no evidence of human-to-human evidence outside of China.

This has changed with the first person-to-person case of coronavirus being confirmed in the US after a man in Chicago was infected from his wife, who traveled to China.

The man’s wife, who is in her 60s, became the second American diagnosed last week after she returned from a trip to Wuhan, the epicenter of the outbreak.

Her husband has now tested positive for the virus, the Centers for Disease Control and Prevention (CDC) revealed on Thursday.

It is the first case of person-to-person spread of the virus in the US and not from someone who had traveled to China and picked up the virus there. 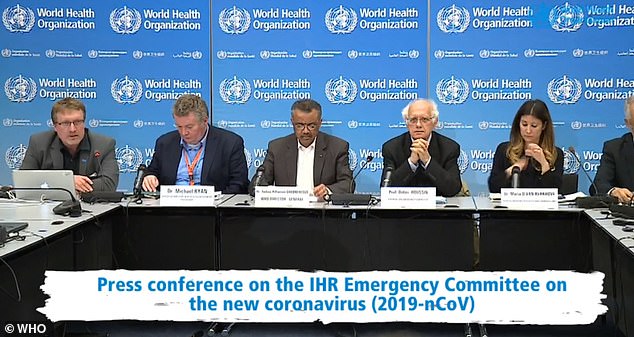 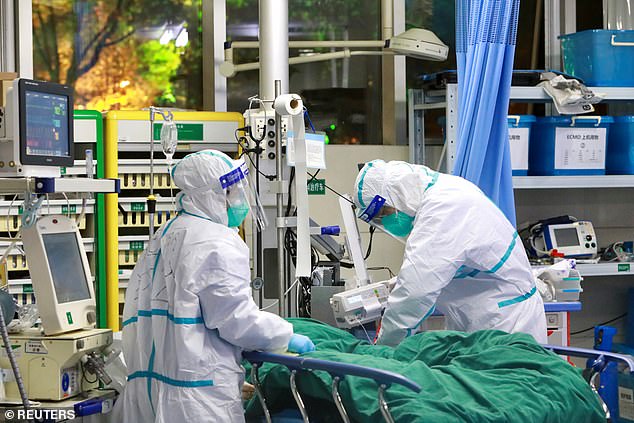 The four other US cases have been confirmed in Maricopa County, Arizona; Orange County and Los Angeles County California; and Snohomish County, Washington.

CORONAVIRUS: WHAT WE KNOW

Yes. The death toll in China has reached 170