Saudi journalist Jamal Khashoggi disappeared after entering his country’s consulate in Istanbul on October 2. Saudi Arabia now admits the columnist was the victim of a premeditated murder

After the murder of Washington Post columnist Jamal Khashoggi ignited speculation that World Wrestling Entertainment would back out of a scheduled show in Saudi Arabia on November 2, the high-profile wrestling circuit recommitted itself on Thursday in a third-quarter earnings statement.

Citing ‘other U.S.-based companies’ that will continue to work with the Saudi government, the WWE opted to uphold its commitment in Riyadh on November 2.

Wrestler John Cena refused to perform in the ‘Crown Jewel’ event at King Saud University Stadium because of Khashoggi’s murder, according to Barstool Sports’Robbie Fox. Another wrestler, Daniel Bryan, was also reportedly backing out of the event.

Saudi officials had been denying any involvement when Khashoggi initially disappeared on October 2 after entering the Saudi Arabian consulate in Istanbul. Officials then suggested the columnist and critic of Crown Prince Mohammed bin Salman was accidentally killed in a failed attempt to return him to the Kingdom, before a Saudi prosecutor admitted Thursday that Khashoggi’s murder was, in fact, premeditated. 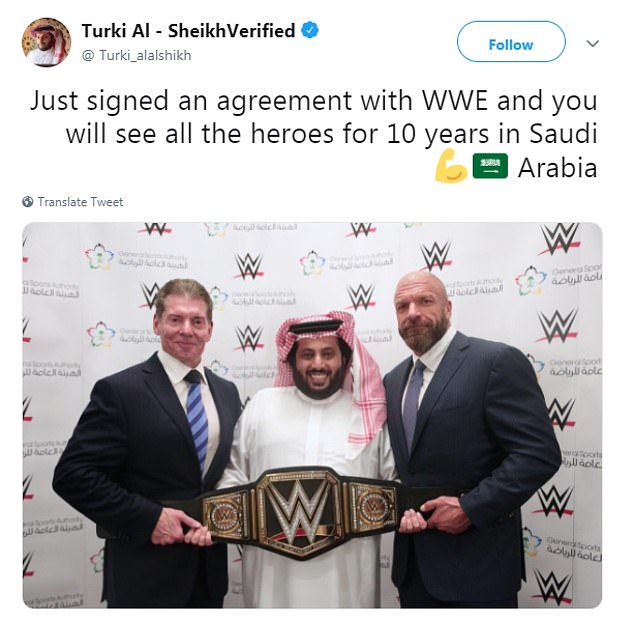 The WWE announced a 10-year partnership with Saudi Arabia in February as part of the country’s Vision 2030, which is an effort towards social and economic reform. WWE majority owner, chairman, and CEO Vince McMahon (left) and veteran wrestler Triple H (right) were pictured alongside Royal Court advisor Turki Al-Sheikh (center) at the time. The circuit’s first show in Saudi Arabia, the Greatest Royal Rumble, took place in Jeddah on April 27 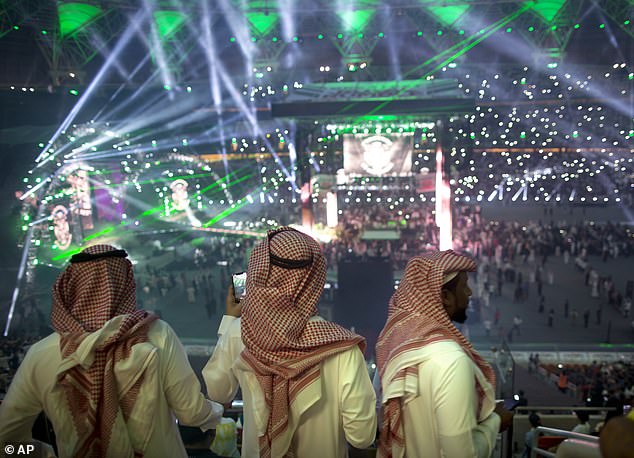 Fans film the opening of the “Greatest Royal Rumble” event in Jiddah, Saudi Arabia, Friday, April 27, 2018. A previous WWE event held in the ultraconservative kingdom in 2014 was for men only. But this event in Jiddah included both women and children in attendance

‘WWE has operated in the Middle East for nearly 20 years and has developed a sizable and dedicated fan base,’ read a statement within the report. ‘Considering the heinous crime committed at the Saudi consulate in Istanbul, the Company faced a very difficult decision as it relates to its event scheduled for November 2 in Riyadh.

‘Similar to other U.S.-based companies who plan to continue operations in Saudi Arabia, the Company has decided to uphold its contractual obligations to the General Sports Authority and stage the event. Full year 2018 guidance is predicated on the staging of the Riyadh event as scheduled.’

The WWE statement noted that the company is monitoring the ongoing situation, but cautioned that cancelling the event could have negative ramifications for the company. 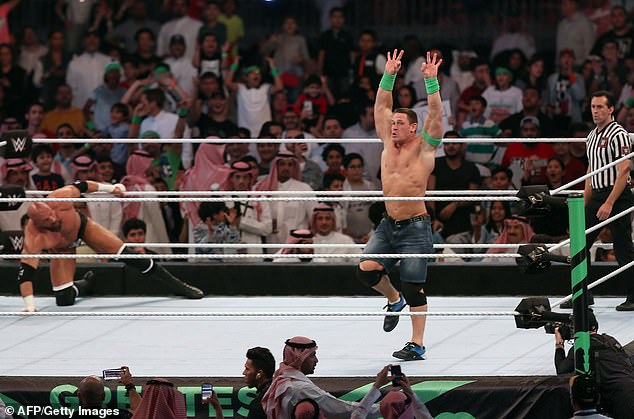 ‘While not anticipated, it is possible that a cancellation could also impact expected results beyond 2018,’ read the statement.

The WWE announced a 10-year partnership with Saudi Arabia in February as part of the country’s Vision 2030, which is an effort towards social and economic reform. WWE majority owner, chairman, and CEO Vince McMahon and veteran wrestler Triple-H were pictured alongside Royal Court advisor Turki Al-Sheikh at the time. 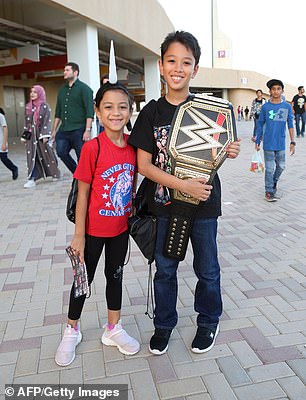 McMahon was asked during an investor conference call on Thursday to explain his reasoning, but according to by Deadspin’s David Bixenspan, the CEO declined.

‘We’re not going to talk a lot about that,’ McMahon said. ‘It’s a very sensitive subject these days, naturally. I think our statement pretty much said all we want to say about that today.’

As for the upcoming show, Senators Bob Menendez (New Jersey), Lindsay Graham (South Carolina), and Chris Coons (Delaware), as well as Chris Murphy and Richard Blumenthal (both from Connecticut, where WWE is based) have publicly called on the WWE to postpone the event or break off relations with Saudi Arabia altogether.

Other companies, such as Viacom, AOL, CNN, and The New York Times have already backed out of a Future Investment Initiative conference in Riyadh this week.

Although media deals make up the largest segment of the WWE’s revenue, live events still accounted for $109.8 million of the total $657.7 million the company earned over the first nine months of 2018, according to the third-quarter earnings statement. 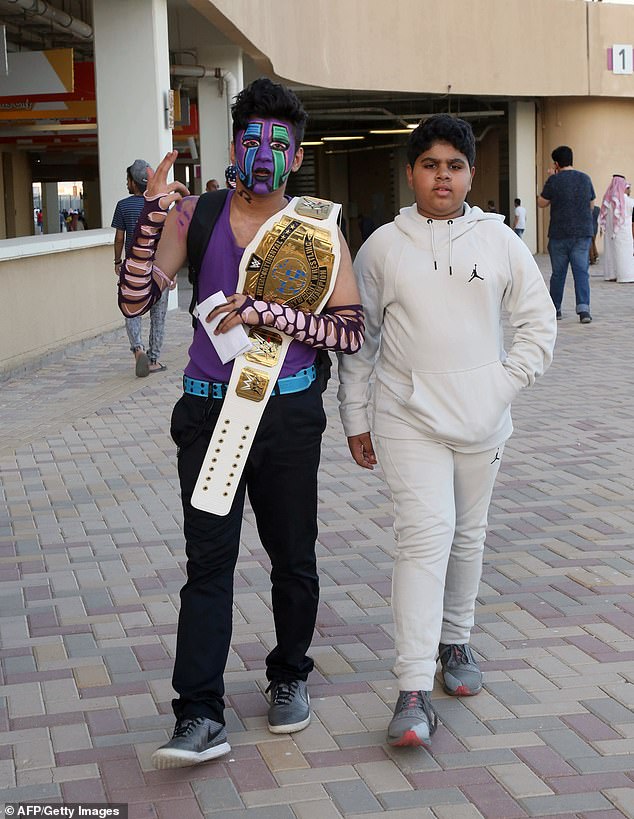