Wrestling star Jeff Hardy, 41, is arrested for public intoxication at a family resort in South Carolina

Jeffrey Hardy, 41, has been charged with public intoxication on Saturday, after policed received a report about an intoxicated man at around 11.15am at the Ocean Enclave by Hilton Grand Vacations

A WWE wrestling star was arrested and charged with public intoxication at a family resort in South Carolina.

Jeffrey Hardy, 41, was taken-in custody by Myrtle Beach Police on Saturday from the Ocean Enclave by Hilton Grand Vacations.

Known for being one-half of ‘The Hardy Boyz’ tag team, he was arrested after police received reports of an intoxicated man at 11.15am, the Myrtle Beach Online wrote.

Hardy, of Cameron, North Carolina, was taken to Myrtle Beach jail without incident.

If convicted for public intoxication he could face a fine of $500 and up to 30 days in jail.

The tattooed star was arrested for a DUI charge after crashing his 2016 Cadillac CTS-V Sedan in North Carolina last year, the Charlotte Observer reported. 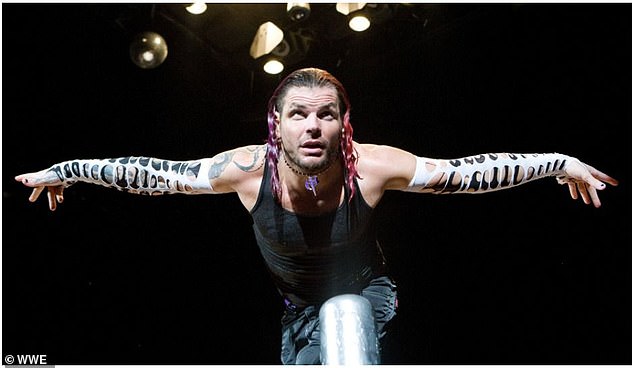 Hardy (above) is known for being part of ‘The Hardy Boyz’ wrestling tag team partnership and is recognized for his ‘high-flying daredevil acts,’ according to his official Facebook page 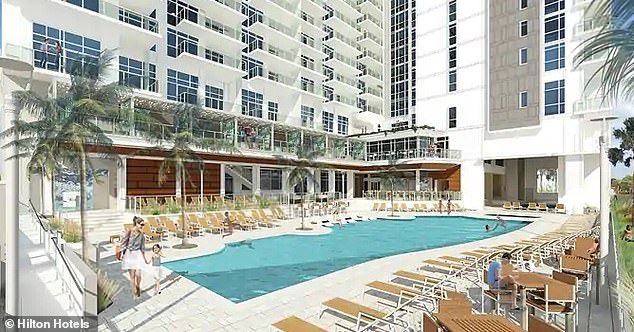 Myrtle Beach Police Department attended Ocean Enclave by Hilton Grand Vacations, after receiving a report about an intoxicated man at 11.15am on Saturday

The wrestler suffered a knee injury during a recent match, according to a WWE interview, in which he described the incident as a ‘massacre.’

He explained that he would be undergoing surgery in early June.

‘I’m going to have my whole right knee repaired, everything in there that’s bad, and so for six or nine months it’s going to be rough,’ Hardy said. ‘Hopefully the first four months go extremely well.’

Hardy is known as ‘The Charistmatic Enigmatic’ and recognized for his ‘exciting, high-flying daredevil acts,’ according to his official Facebook page.

On the verified page for Jeff Hardy, it lists that he has two children and has fought under the names: Brother Nero, Ingus Jynx, Itchweeed, Willow, Wolverine and Keith Davis. 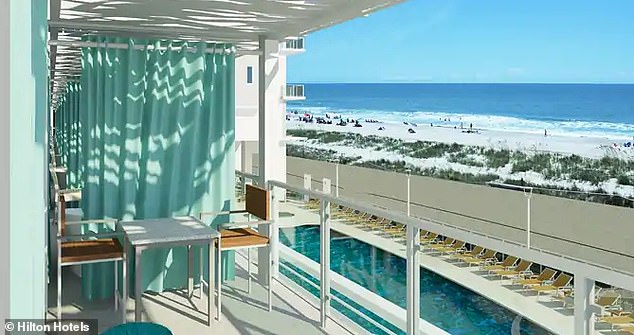 Hardy was arrested at Ocean Enclave by Hilton Grand Vacations, a location overlooking Myrtle Beach in South Carolina. It’s listed as perfect for families and couples