WWE wrestler Ashley Massaro starred in a music video about suicide prevention just a few months before she took her own life in May 2019.

The 39-year-old wrestler and model participated in a music video for a tune called Choose Song sung by Kevin Martin of Candlebox, Vinnie Dombroski of Sponge, and Brendan B Brown of Wheatus, between December 2018 and January 2019.

The touching video was finally shared on Saturday after Massaro’s family gave the artist the green light to share it in the wake of her passing.

‘When the Massaro family gave us their blessing, it was time. But it’s still bittersweet,’ Brian Orlando, morning show host and assistant program director at Long Island radio station 94.3 the Shark said to the New York Post. Massaro hosted a weekly show at the station.

‘In loving memory of our wonderful friend and co worker, Ashley Massaro,’ a description for the video says on YouTube.

In the clip Massaro is seated in a car and gets a text that makes her angry, leading her to throw it, and drive away upset.

As she appears on screen the lyrics say: ‘But do not hate yourself cause feeling left you weak / Don’t berate yourself for struggling to speak.’

She ends up at a bar finding friendship and companionship with other people there including radio host Orlando and together they sing the chorus of the song: ‘Promise me you’ll sing it loud till someone sings along / promise me you’ll talk until the final choice seems wrong / It always feels like yesterday until you laugh along / There a brighter note tomorrow don’t choose the end / Choose song.’ 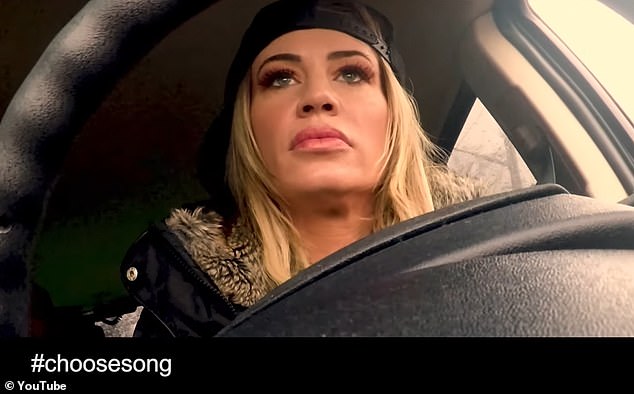 The music video also shares so jarring statistics stating there are over 129 suicide attempts a day.

The song was written by Orlando, 42, after his musical idol Chris Cornell, the singer from Soundgarden, who hung himself in 2017.

‘The idea of the song is that with music, you are never alone,’ Orlando, who requested Massaro be a part of the clip, said.

Massaro shot to fame after winning the WWE DIVA search in 2005, dazzling fans with her rock star attitude. She also appeared on the cover of Playboy in 2007.

In 2016 she joined a class-action lawsuit accusing the WWE of concealing the risk of injuries that could lead to neurological damage. 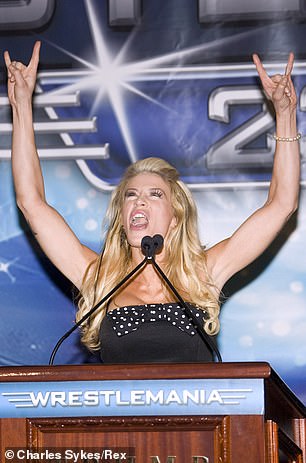 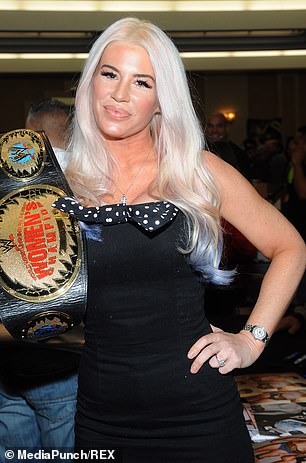 Massaro shot to fame after winning the WWE DIVA search in 2005, dazzling fans with her rock star attitude. Massaro pictured right at Wrestling’s ‘Big Event’ at Laguardia Plaza in March 2017

In a 2017 affidavit she said she was denied training, forced to perform even while injured and was brutally raped on a goodwill tour of Kuwait, according to the post.

Just 10 days before her 40th birthday on May 16, 2019 she was found unresponsive in her home in Smithtown, Long Island and pronounced dead on the way to the hospital.

Following her tragic death the WWE issued a statement saying that Massaro apologized to company officials in October 2018 for participating in the lawsuit, which was dismissed in 2018 aftre a judge said many of the statues of limitations had expired.