By Lauren Ferri and Sahar Mourad For Daily Mail Australia

A diary dating back to 1943 containing a pilot’s memories of serving in the air force during World War Two has been returned to the author’s family more than 400km away.

The handwritten notes penned by Margo Cooper were found at a Woolworths in Gordon, in Sydney’s Upper North Shore, and was handed into police on May 20.

An investigation led police to Ms Cooper’s daughter, Rosie Gibson, who lives in Dubbo in the Orana Region of New South Wales.

Ms Cooper’s diary contained poetry, photos of loved ones and recounts her time serving in the Women’s Auxiliary Air Force.

Senior Constables Carisa Parker and Colin Mitchell took an interest in the diary and started searching on the ancestry website to find the owner.

A diary dating back to 1943 containing handwritten poetry, photos of loved ones and a pilot’s memories of serving in the air force during World War Two has been handed in to police 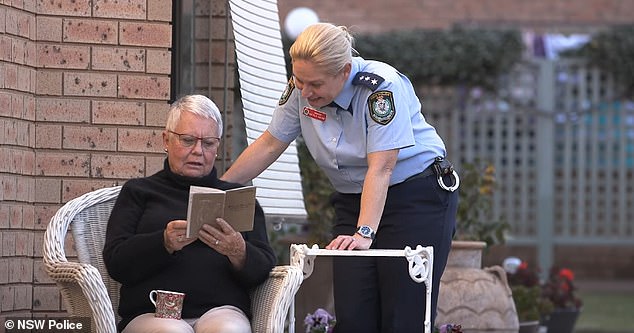 ‘I was so pleased when we found Rosie – when we called, she was just ecstatic because it was her mum,’ Senior Constable Parker said.

‘The day I called Rosie to tell her, it was actually her mum’s birthday and she would have turned 98.

‘She said it was the best birthday present she could have had.’

Ms Gibson said she was ecstatic to have been given the diary and was stunned by how it was still in pristine condition, containing poetry written by her mother.

‘I can’t get over how beautiful my mother used to write,’ she said.

Ms Gibson said she would love to meet Senior Constable Parker to thank her personally.

‘It was like she won the lottery when she found me, because she was so excited,’ Ms Gibson said. 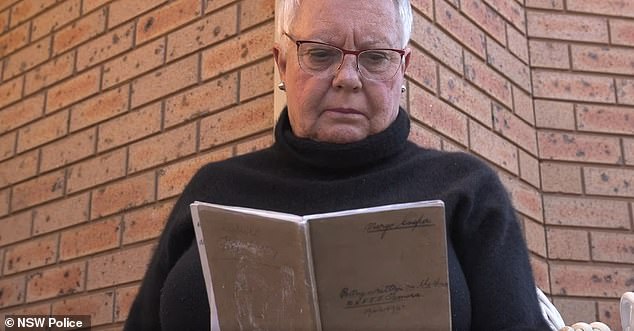 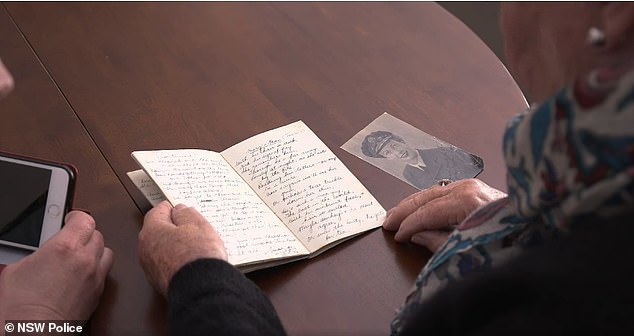 The 77-year-old diary of Margo Cooper was found at a Woolworths in Gordon, in Sydney’s Upper North Shore, and was handed in to police on May 20

With his hair so dark and his eyes of grey,

She remembers him through his far away.

Lonely at night as she sits by the fire,

Reading his letters or maybe a wire.

Now, again, will see her grin

Or perhaps, a tear, a trickle down her chin.

He’s such a nice guy, the best in the world,

With his sunburned face and his hair so curled.

Maybe donkeys and he don’t agree

Or even the boule he gets for tea.

But tanned and proud, through thick and thin

He knows Marg is patiently waiting for him.

Senior Constable Parker said she put in so much effort because she believes family history is very important.

‘When I find things of really significant value to a family I just think it’s really important to do everything you can to get it back to them and keep it within the family if you can,’ the police officer said.

When asked by a social media user how the diary made its way to Woolworths in Gordon, police said it was a mystery.

‘It’s a mystery to us how the diary ended up in Gordon,’ police wrote.

‘The daughter had not seen this diary before, but we are so happy the diary has been returned to the family.’ 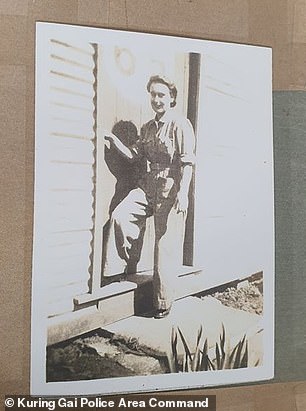 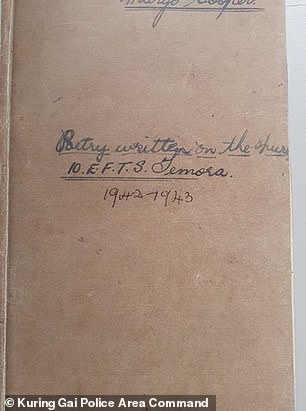 Police are desperate to return the special diary to Margo Cooper, who they believe is the owner and writer of the diary 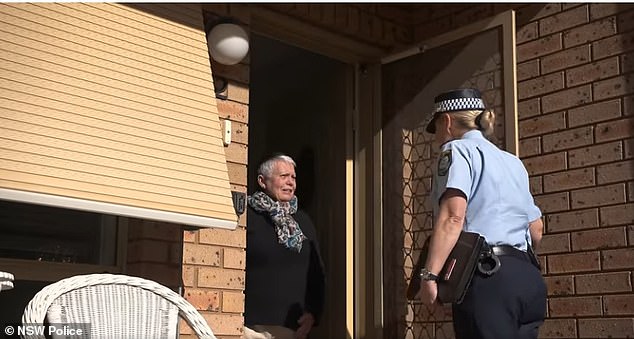 Police took to social media in the hopes of finding the family related to the diary.

‘The beautifully written poems reflect a time gone by, 77 years ago, saying goodbye to a friend Rusty and memories of life with the 10 EFTS (Elementary Flying Training School) at Temora, a country town in NSW,’ police wrote.

’10 EFTS was set up by the Royal Australian Air Force (RAAF) in May 1941. Throughout WWII more than 10,000 personnel were involved at the school with upwards of 2,400 pilots being trained.’

10 EFTS was the largest flying school established by the Royal Australian Air Force (RAAF) during WWII and remained open up until March 12, 1946.