Wyoming girl, 10, has leg amputated after contracting a rare flesh-eating bacteria from a tractor

A 10-year-old girl has lost her leg to a rare, flesh-eating bacteria.

Abbie Metge, from Afton, Wyoming, was riding on a tractor over Memorial Day weekend when the tractor hit a bump and caught her right leg.

Her parents, Michelle and Russ, thought surgery for the large cut and a short hospital stay was all she needed.

But, just a week later, Abbie’s leg was swelling and had turned a reddish color, reported the Malheur Enterprise.

She was rushed to the hospital where doctors told her parents she had necrotizing fasciitis, an infection that destroys tissue under the skin – and that it had spread through her right leg.

Abbie’s only chance of survival was for surgeons to amputate the leg all the way to her hip.

Abbie Metge, 10 (pictured), from Afton, Wyoming, had her right leg caught in a tractor over Memorial Day weekend 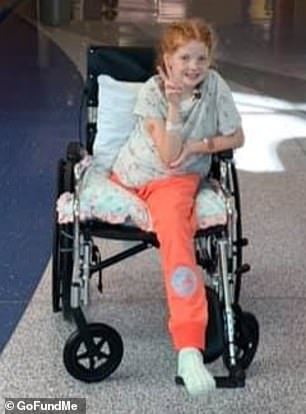 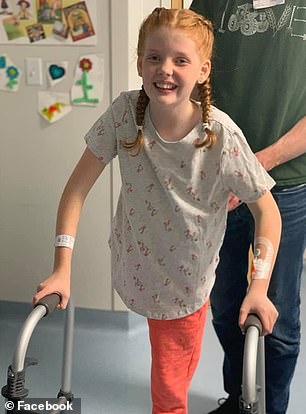 She had surgery to fix the gash in her leg and was told to keep weight off of it. But, one week later, Abbie’s mother noticed her leg was swelling and turning red. Pictured, left and right: Abbie after her amputation

Abbie’s mother, Michelle, said that when her daughter came home from the hospital the first time, she had her leg in a brace and was told to keep weight off of it.

She noticed the swelling while Abbie was playing a PlayStation game in the living room on the morning of June 2.

Metge said she called her neighbor, who is a registered nurse, who told her to put pressure on Abbie’s toes and see how long it would take for them to return to their normal color.

‘It was taking about 10 seconds,’ Metge said.

Metge took Abbie to their local hospital in Afton, where she was diagnosed with necrotizing fasciitis, a rare bacterial infection that quickly kills surrounding tissue. 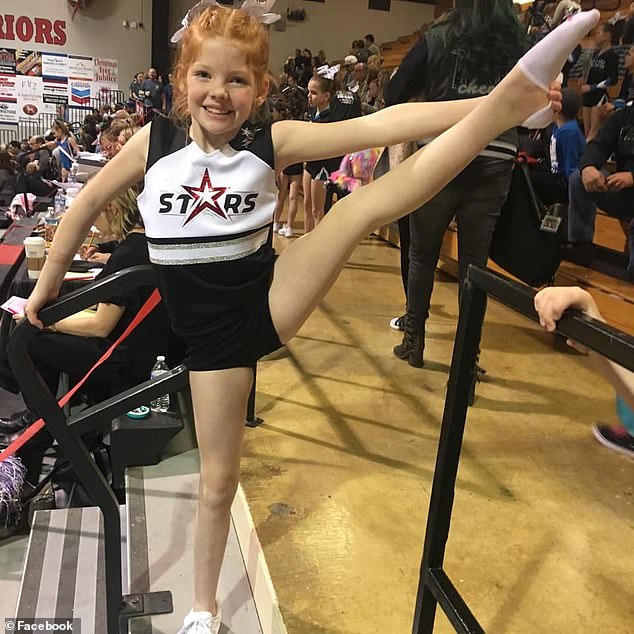 Abbie was rushed to the hospital Doctors diagnosed her with necrotizing fasciitis, a flesh-eating bacteria that destroys tissue under the skin. Pictured: Abbie before her amputation 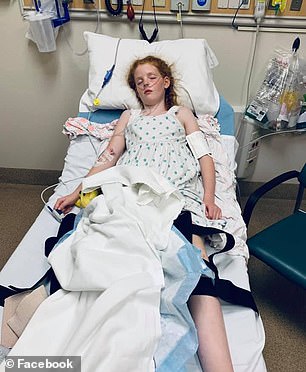 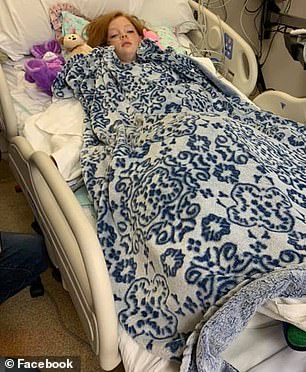 She was taken via ambulance to Primary Children’s Hospital in Salt Lake City, Utah, for surgery. Doctors told her parents that they had amputate the majority of her right leg or she would die. Pictured, left to right: Abbie after her amputation

A prompt diagnosis and rapid treatment is key to stopping the infection in its tracks.

That afternoon, Abbie was rushed via ambulance to Primary Children’s Hospital in Salt Lake City, Utah, for surgery.

‘We had no idea how rapidly it was spreading,’ Metge said. ‘[I felt] pretty helpless.’

Surgeons told Abbie’s parents that they had to amputate the majority of her right leg or she would die.

Following that surgery, doctors found the infection was still spreading and amputated the rest of the leg, up to her hip, reported the Enterprise.

Over the next few days, Abbie underwent two more surgeries to monitor her wound and make sure the infection was cleared. 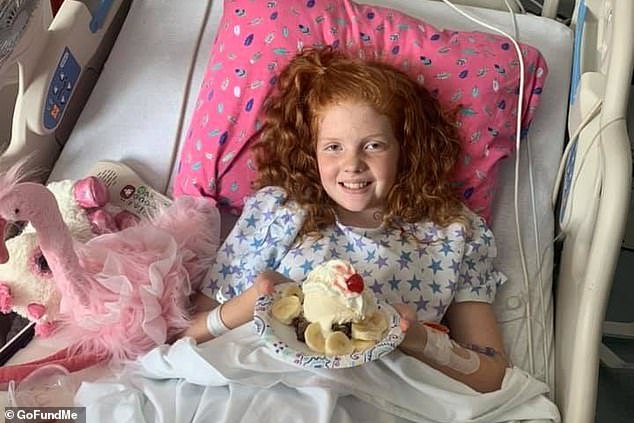 Following that surgery, doctors found the infection was still spreading and amputated the rest of Abbie’s leg, up to her hip. Pictured: Abbie in the hospital after her amputation 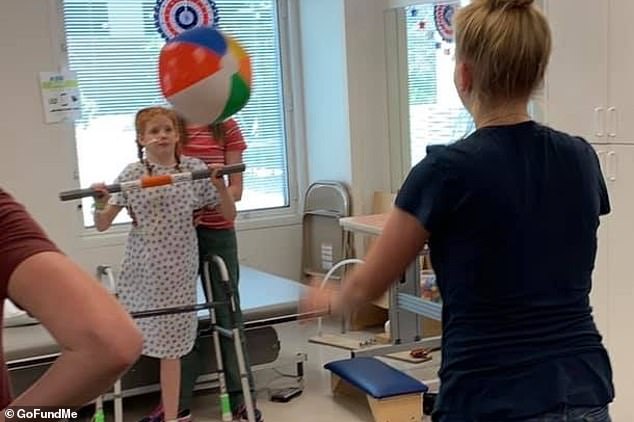 Abbie’s doctors say her infection is now under control, and she is currently in physical and occupational therapy. Pictured: Abbie in physical therapy

The 10-year-old also had a fever that would not fade, she struggled to breathe on her own and she had phantom pains, according to the Enterprise.

Despite the ‘initial shock and heart-wrenching tears’ after Abbie first learned that her leg had been amputated, she still retained a sense of humor.

One morning, she told her mother with a smile: ‘I only have to find one sock out of sock basket now.’

Currently, doctors say Abbie’s infection is completely under control and Abbie is in physical and occupational therapy, where she had learned how to go up and down stairs, bathe herself and dress herself.

Family members have set up a GoFundMe page to help cover the cost of Abbie’s medical bills and the Metges’ travel expenses.