A train passenger from locked-down Melbourne has been led away by police after he tried to escape from authorities upon his arrival at Sydney’s Central Station.

The man was among 75 passengers on board the overnight train service from Melbourne which arrived in Sydney around 7am Tuesday.

The 11 hour journey was the final inbound XPT service from Melbourne before the New South Wales-Victoria border is closed as the southern state struggles to contain a coronavirus outbreak.

Upon alighting at Central Station, XPT passengers were escorted by transport and health authorities into a cordoned off waiting area for screening, temperature checks and to have their details recorded for contract tracing purposes.

One man tried to dodge the time-consuming and strict procedures but was quickly stopped in his tracks by transport officials.

The passenger spoke to police officers outside Central Station before he was escorted away unrestrained.

A Transport for NSW spokeswoman said it was unable to comment on the incident. 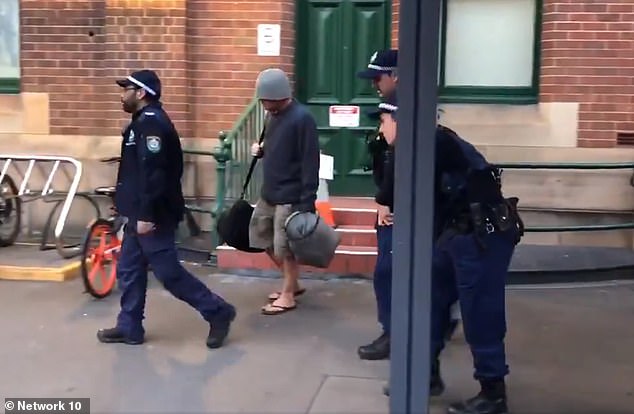 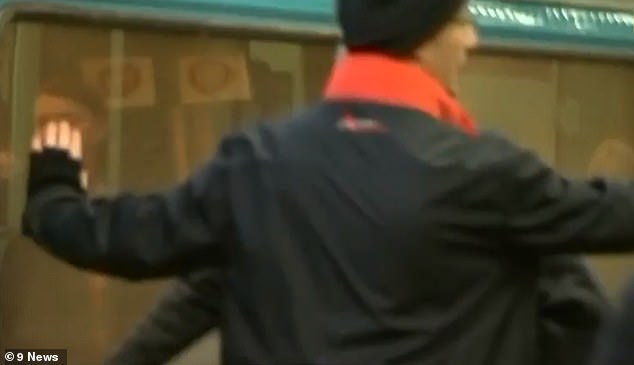 The train was at full capacity within social distancing limits as travellers scrambled to their destinations before interstate lockdowns were enforced.

The XPT service is expected to only operate between Albury and Sydney for at least the next month.

‘We’ve imposed an extra restriction on Melburnians so nobody from Melbourne or its surrounds can cross the border today,’ NSW Premier Gladys Berejiklian told Channel Nine’s Today Show on Tuesday.

‘Today will just allow regional Victorians to cross the border and we appreciate there are people who might live on either side who want to get back home and base themselves in their home state.’ 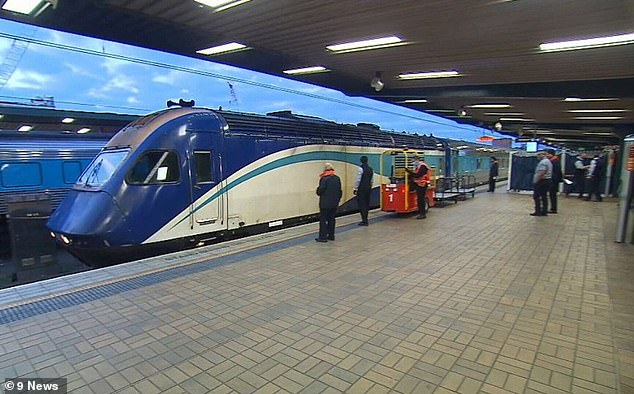