Speculation is rife about the mystery owner of a $100 million superyacht docked at the Port River in Adelaide.

The yacht – named The Felix – boasts spas, beautiful bedrooms, an elevator, gym, cinema and helicopter pad for its high-profile guests.

The yacht docked in Adelaide last week, with one local cruise company claiming Australian actor Chris Hemsworth had rented out the luxury vessel.

The Felix pictured at the Port River, where the yacht is currently docked until at least tomorrow in Adelaide, South Australia 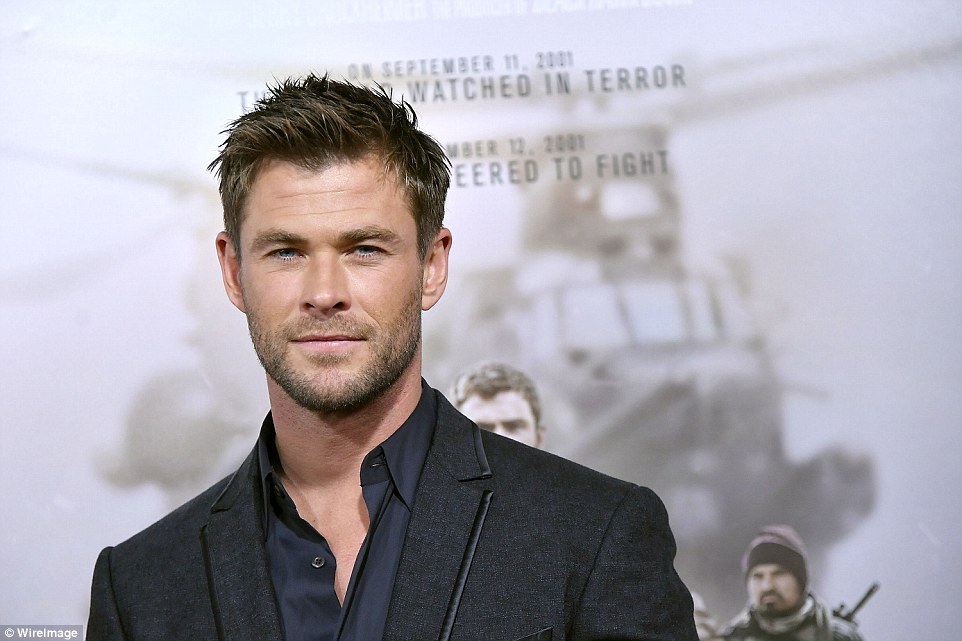 Actor Chris Hemsworth is a rumoured owner of the boat according to Port Adelaide cruise company ‘Dolphin Cruises’. 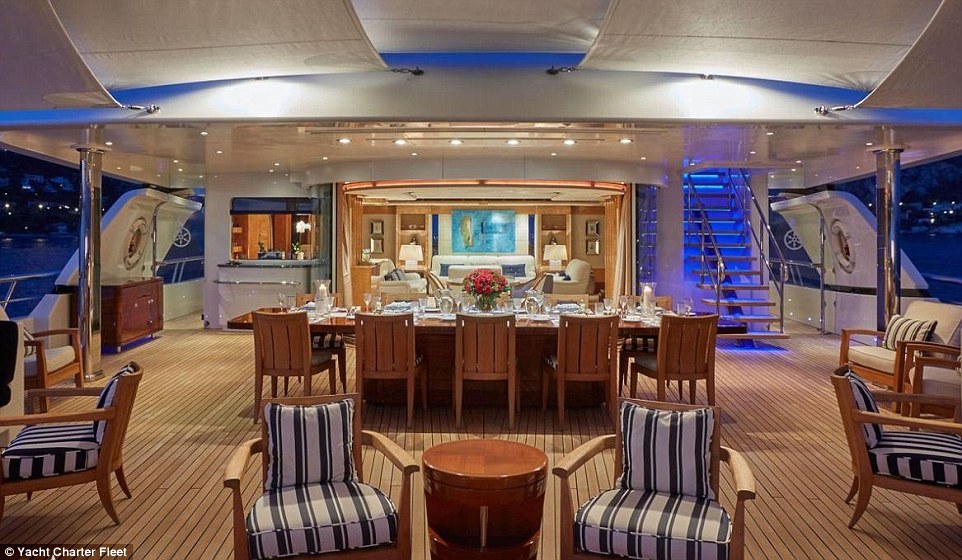 Chairs for relaxation, couches, comfortable bedrooms and an inside dining table..just some of the features of this luxurious yacht 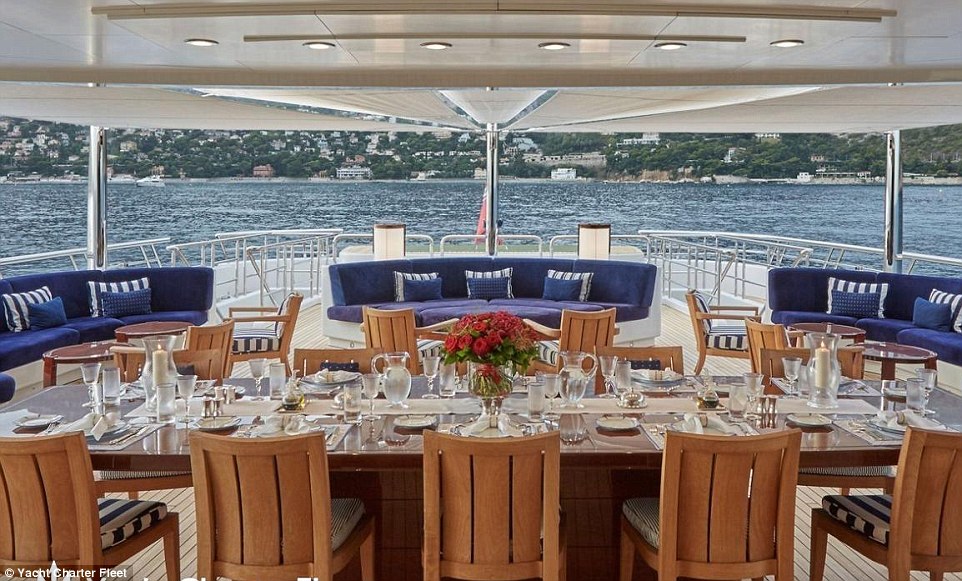 The deck, pictured, features a beautiful dining table perfect for a romantic dinner for six couple on the expensive yacht 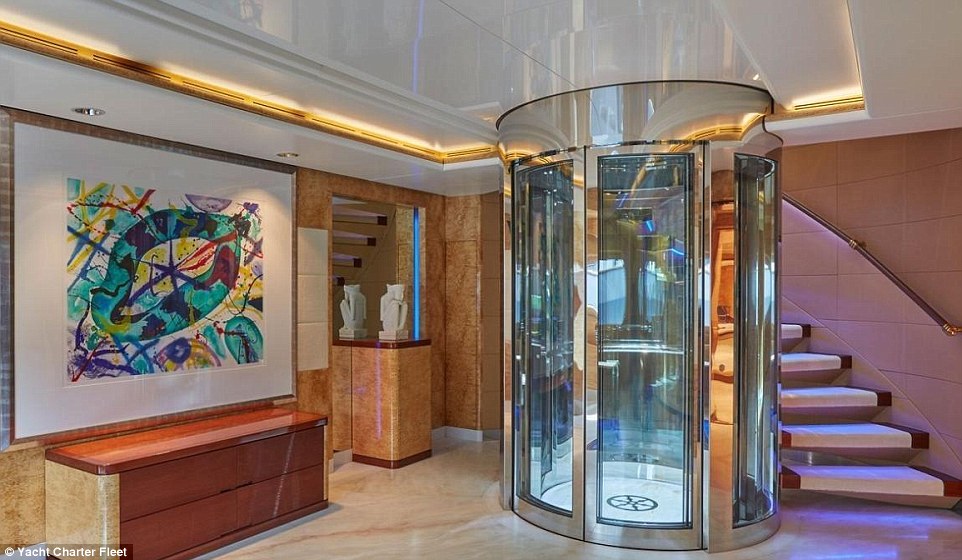 The stunning yacht has an incredible interior including an elevator, a fancy stair case, paintings and marble-like floors 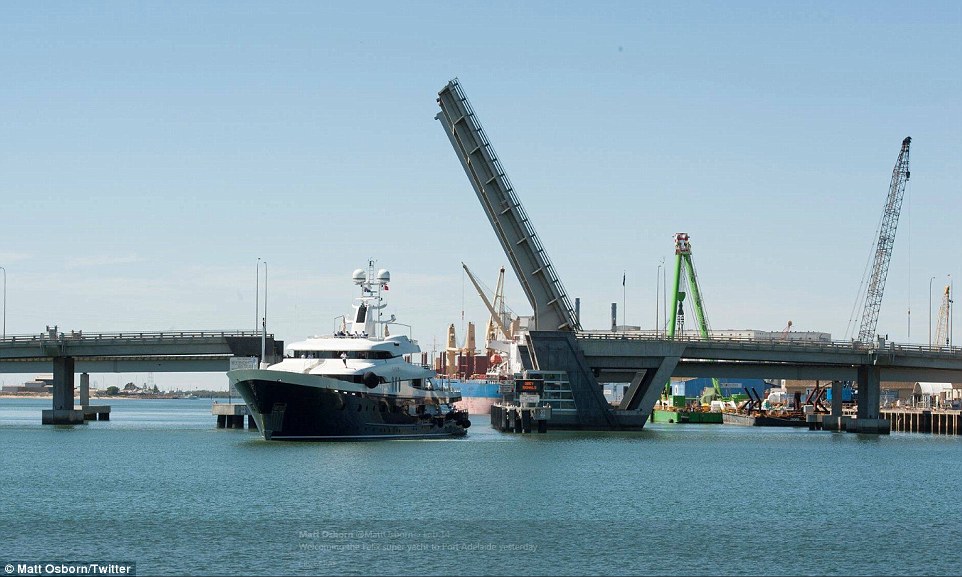 The ship was previously owned by a French billionare Bernard Arnault and known as Amadeus.

Valued at $100 million when it was sold to a mystery owner in 2016, it was renamed Felix and can host at least 12 guests in six cabins plus 18 crew members.

‘I don’t know who currently owns her but apparently she’s based in the Caribbean and is hired out for private charters,’ she said.

‘She has a crew of 18 and currently has eight guests on board.’

Ms Maden said she’d been told by a passerby the owner used to belong to Kerry Packer but added: ‘Apparently that’s not true’. 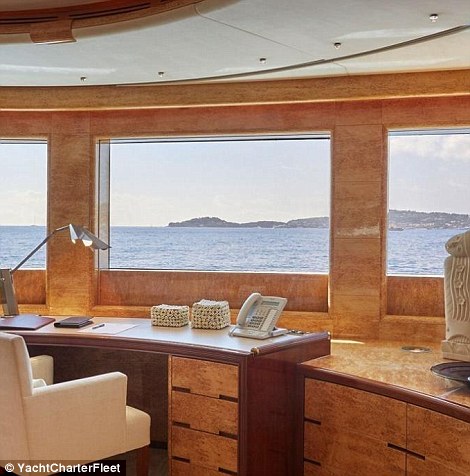 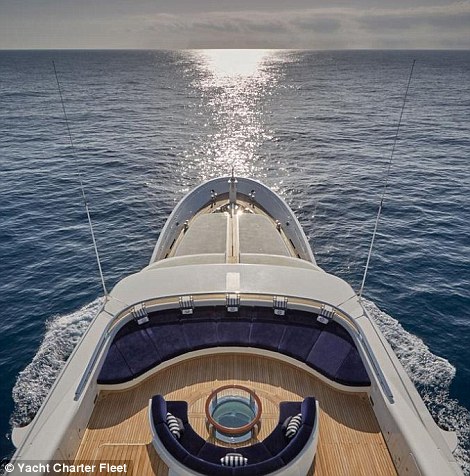 The $100 million yacht was bought in 2016 to mystery owners and renamed the ‘Felix’. The views are just incredible! 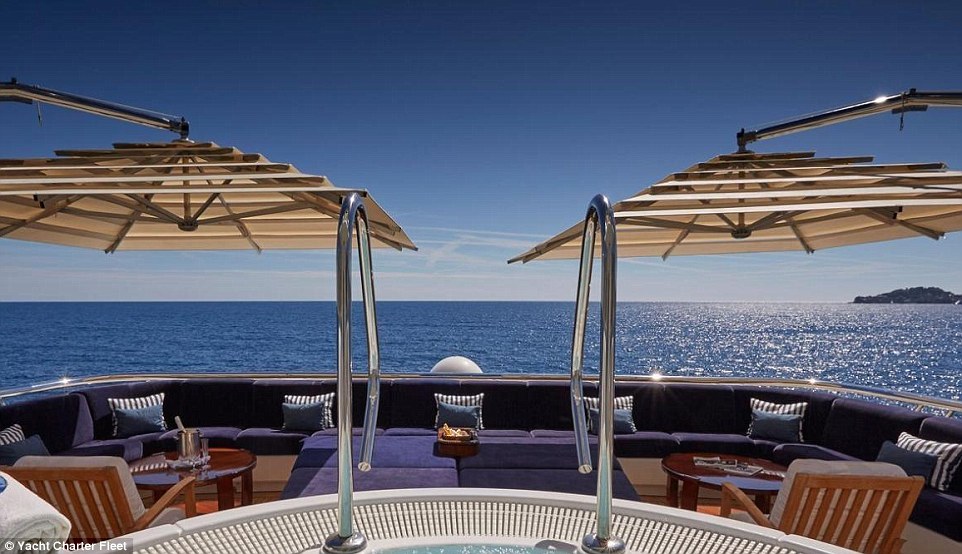 What a location for a relaxing spa! The yacht can fit 12 guests on board in the six cabins plus the additional crew members.

‘For all the Chris Hemsworth fans his luxury yacht Felix has docked today at 4pm,’ Port Adelaide cruise company the Dolphin Explorer posted to Facebook on Tuesday.

Adelaide local Bree Vracic posted about her parent’s yacht being nearby, posting:

‘When Chris Hemsworth moors his private yacht next to your parents… not sure who’s boat is bigger… but I better go say hello to the new neighbors.’ 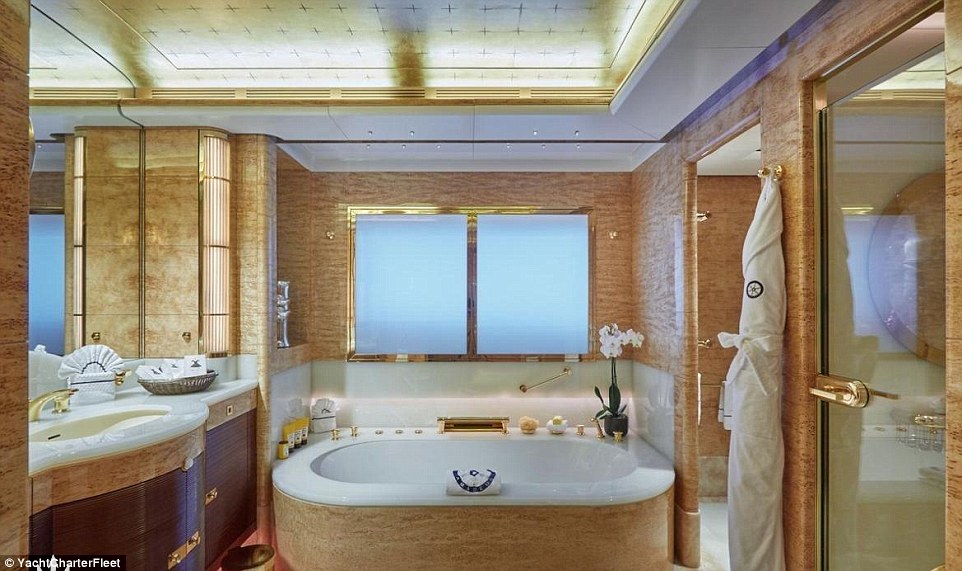 A volunteer Jill Maden believes the boat is currently based in the Caribbean and hired out for private charters. Pictured is one of the spas inside the yacht and a decorative bathroom