New York Yankees outfielders Aaron Judge and Harrison Bader committed a elementary school error during the second inning of Game 3 of the ALCS against the Houston Astros.

During the second inning the duo miscommunicated on a routine fly ball between the two of them nearly colliding in right center field.

Harrison Bader and Aaron Judge had a miscommunication on this fly ball and Bader was unable to make the catch.

Chas McCormick homered in the next at-bat. pic.twitter.com/wib2VsaTr9

Both Judge and Bader chased the initial fly ball but miscommunication between the pair mean they narrowly avoided collision.

Judge passed in front of Bader just as he was about catch it, prompting the error, as after narrowly avoiding the collision Bader was unable to secure the catch as the ball popped out of his glove.

The error led to catcher Vasquez ending up on first base with two outs, rather than being retired to end the inning.

The nightmare was compounded on the following at bat when center fielder Chas McCormick hit a two-run homerun to right field on the next at bat. 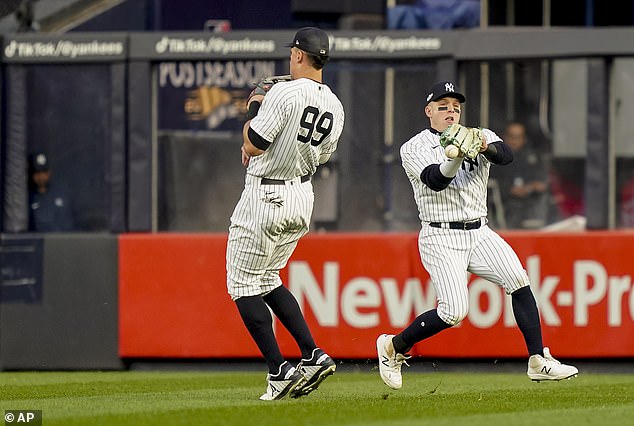 McCormick, the No. 9 hitter, hit a fastball 335 feet to the opposite field, and the ball hit the right-field short porch and bounced into the seats for his second home run of the series.

New York, which last reached the World Series in 2009, is on the precipice of elimination against Houston for the fourth time in eight seasons. After sprinting to a 61-23 record in early July, the Yankees spiraled to a 38-40 mark the rest of the way and have sputtered in the playoffs.

Judge, who set an AL record with 62 home runs during the regular season, went 0 for 4 and dropped to .156 with 14 strikeouts and three RBIs in the postseason, including 1 for 12 against the Astros. 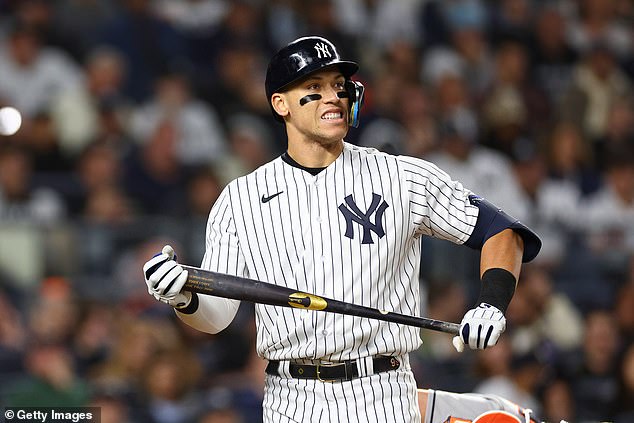 The 106-win Astros, trying for their second straight AL pennant, improved to 6-0 this postseason. On the verge of reaching the World Series for the fourth time in six years, manager Dusty Baker’s team aims to close out the series on Sunday night when Lance McCullers Jr. starts against Nestor Cortes.

Only once in major league history has a team overcome a 3-0 postseason series deficit, Boston against the Yankees in the 2004 ALCS.