Grown-ish star Yara Shahidi kicked off her weekend with a bang.

The 21-year-old actress joined an elite group of guests at the screening for Questlove’s new documentary, Summer of Soul, at The Greek Theatre in Los Angeles on Friday evening.

Yara looked sporty for the Hulu and Fox Searchlight screening as she made her debut wearing an emerald green Adidas set with sneakers.

Friday plans: Yara Shahidi, 21, rocked a sporty Adidas set while attending the premiere of Questlove’s new documentary Summer Of Soul at the famed Greek Theatre in Hollywood on Friday evening

The Harvard student showed off her slender frame in a collared Adidas shirt and matching athletic shorts which she paired with a simple white tank top.

She continued to lean into her choice color for the evening with matching sneakers that boasted yellow laces.

The Black-ish darling showed off a glowing face free of makeup and tied her hair back in spunky pigtails.

Yara was seen goofing off against the step and repeat with Boy Genius star Miles Brown, 16, who looked cool in khaki skinny pants with a black jean jacket and eye-catching high tops. 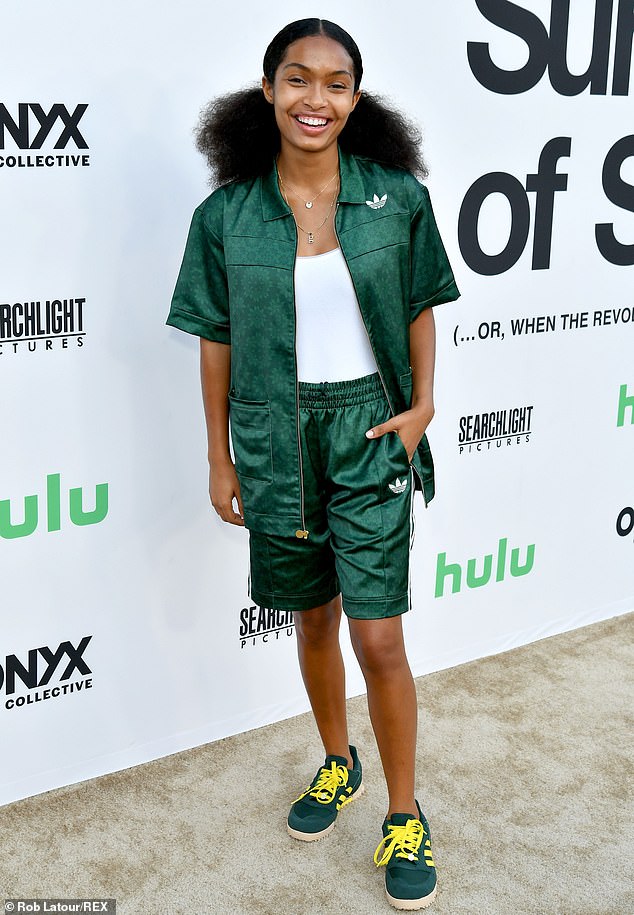 A true gem! She continued to lean into her choice emerald color for the evening with matching sneakers that boasted yellow laces

Pals: The rising stars were seen sharing a few friendly exchanges against the step and repeat 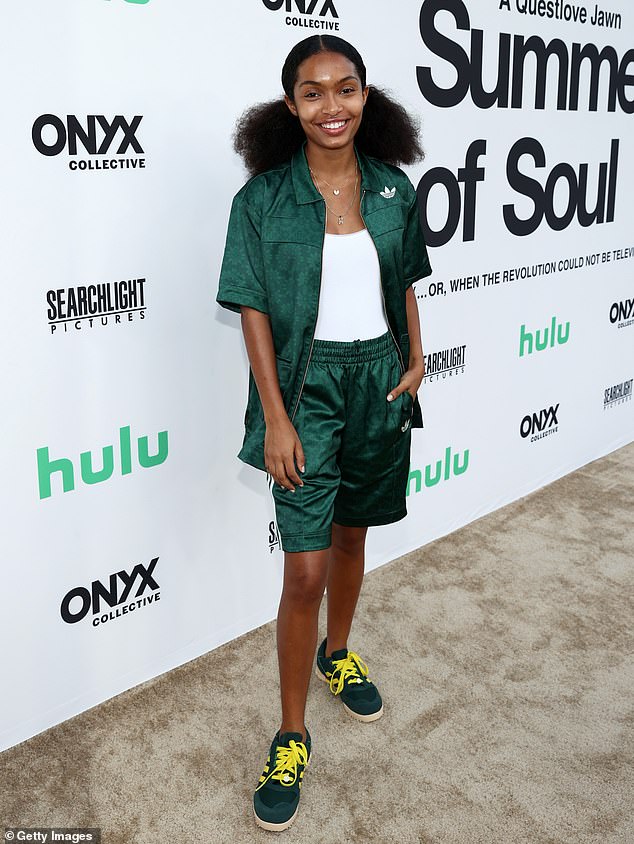 Beauty and brains! Yara had gotten into Harvard in 2019 but deferred for a year in order to continue her acting career

After a few playful exchanges, Yara was seen buddying up the the man of the hour, Questlove — who wore Crocs — and the pair looked to share a heartfelt exchange.

She was seen looking quite animated as she put her hand on her heart before pointing out to the crowd of the outdoor screening.

The documentary chronicles the 1969 Harlem Cultural Festival which spanned over six weeks.

It took place just a mere 100 miles away from Woodstock but seemed to have been eclipsed by it, despite the festival showcasing now famed legends such as Stevie Wonder and Gladys Knight years before they were widely known. 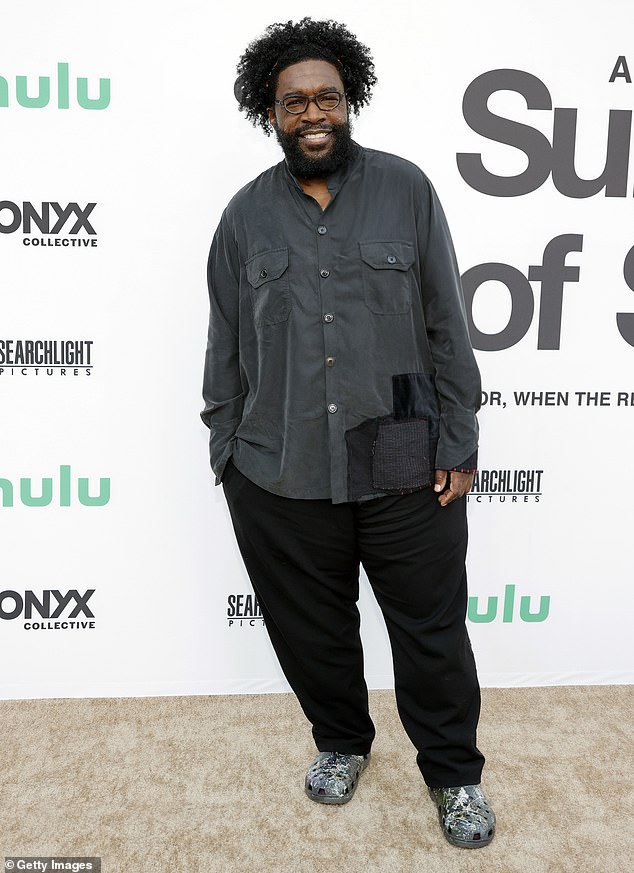 Summer of Soul: The documentary chronicles the 1969 Harlem Cultural Festival which spanned over six weeks but footage of the event was locked in a basement for 50 years prior to this time 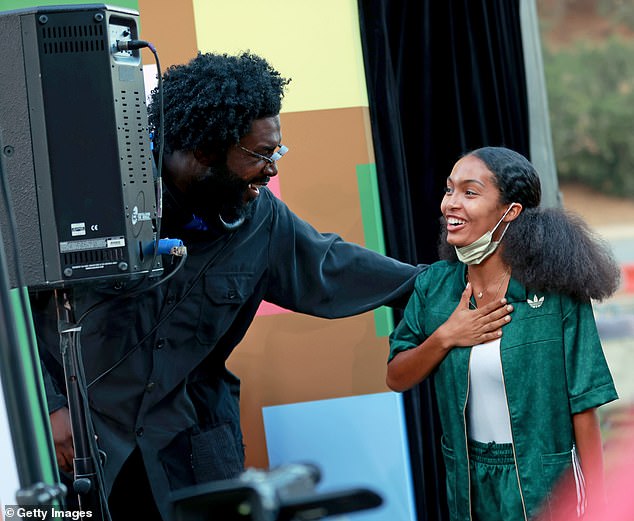 Sweet exchange: Yara and film director Questlove were seen chatting ahead of the outdoor screening 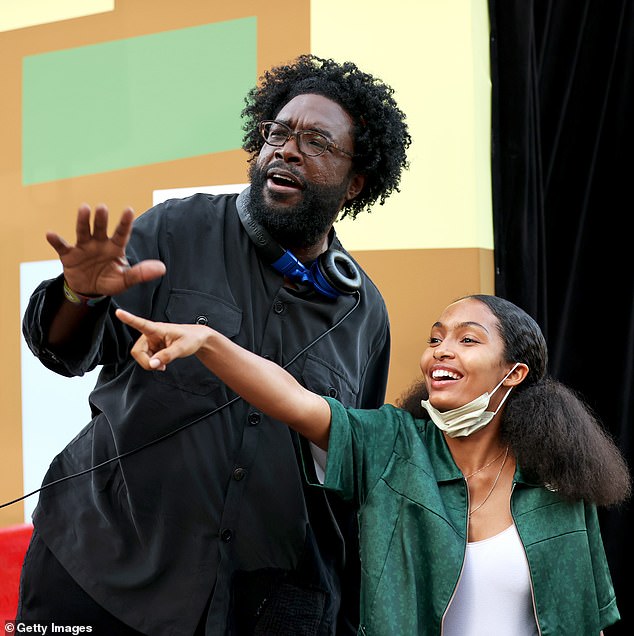 Beaming: The Grown-ish actress beamed from ear to ear as she pulled her face mask to her chin

The footage of the festival had been locked in a basement for nearly 50 years after getting glanced over by film and TV companies, but Questlove made it his mission to bring the rich archival footage to light.

In 2018 Yara was accepted into Harvard University but deferred for a year to continue her acting career.

And as her star continues to rise she was tapped to play Tinkerbell in the live-action adaptation of Peter Pan And Wendy, alongside newcomers Alexander Molony and Ever Anderson, with Jude Law starring as Captain Hook.

She spoke to ET about the role on Friday. ‘It’s been really fun bringing that to life and pretending to be five inches tall,’ she said, adding that production is already underway. 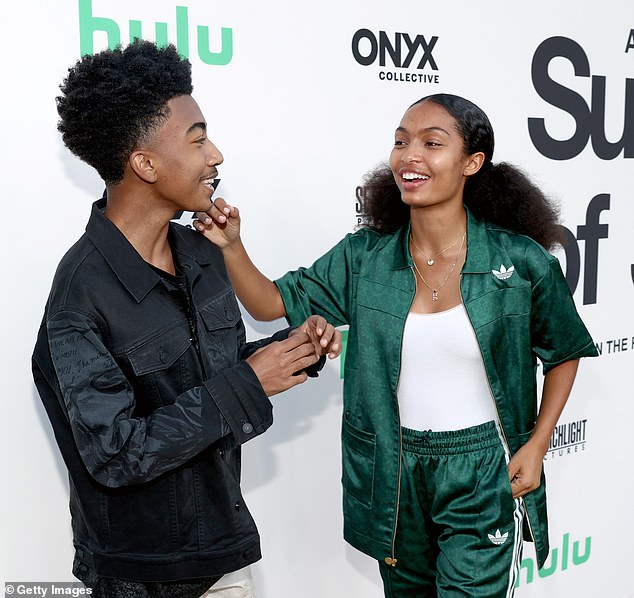 Goofing off: The Black-ish co-stars were seen engaging in some playful shenanigans 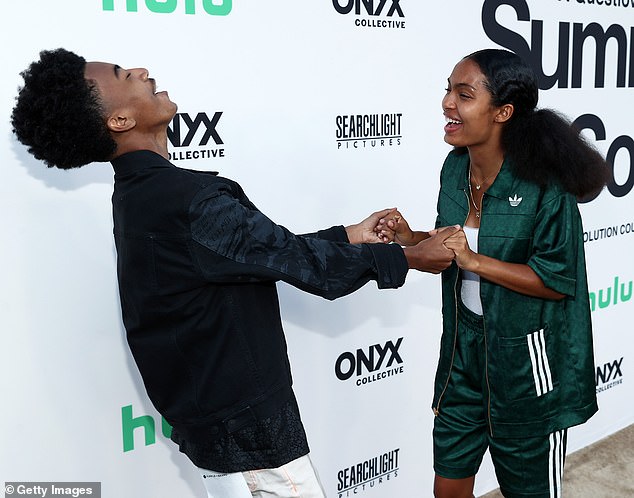 Bonding moment: They looked excited to be in each other’s company