Activist and writer Yassmin Abdel-Magied has admitted drama ‘always’ finds her five years after fleeing Australia to avoid the backlash from an infamous Anzac Day post.

Ms Abdel-Magied recently appeared on ABC News Breakfast to discuss her new book which details her experience following the polarising Facebook post in 2017.

The Sudanese writer was heavily criticised for tweeting and then deleting: ‘Lest. We. Forget. (Manus, Nauru, Syria, Palestine)’ on April 25.

She issued an apology for the post but many Australians were left outraged she had hijacked the national day of remembrance to make a political statement.

‘I didn’t go looking for the drama, but somehow, I tended to attract it,’ the activist reflected five years after the controversial moment.

‘I think that, quite often, I was maybe a little ahead of my time.’ 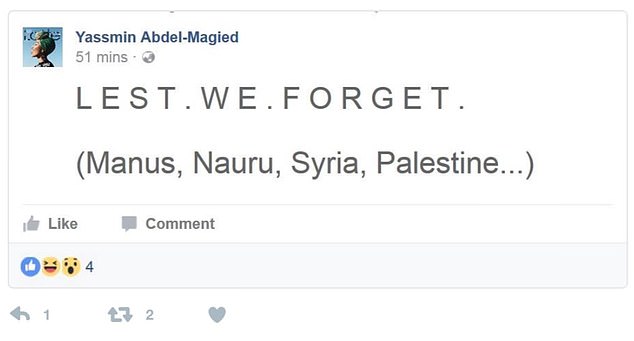 Ms Abdel-Magied’s 2017 Anzac Day post drew widespread condemnation online, in the media and even death threats, which continued even after she took it down and apologised

The 31-year-old said she was proud to have prompted a difficult conversation on Australia’s national stage while still only in her twenties.

The author floated the idea of renouncing her Australian citizenship in an essay from her new book Talking About a Revolution.

Ms Abdel-Magied wrote that Britain or perhaps the US would be her permanent home after stating she felt ‘betrayed’ by her home country in 2017.

‘I’ve emigrated, I’m not going back. I’ve emigrated in the same way my parents left Sudan, I have left Australia,’ she told the Sydney Morning Herald.

If the activist gives up her Australian passport, she would only be left with a Sudanese one and it would be much harder for her to enter Australia.

The author has admitted it would be ‘impractical’ for her renounce the passport.

And despite recently marrying a UK man, Ms Abdel-Magied will have to wait a number of years to become a British citizen. 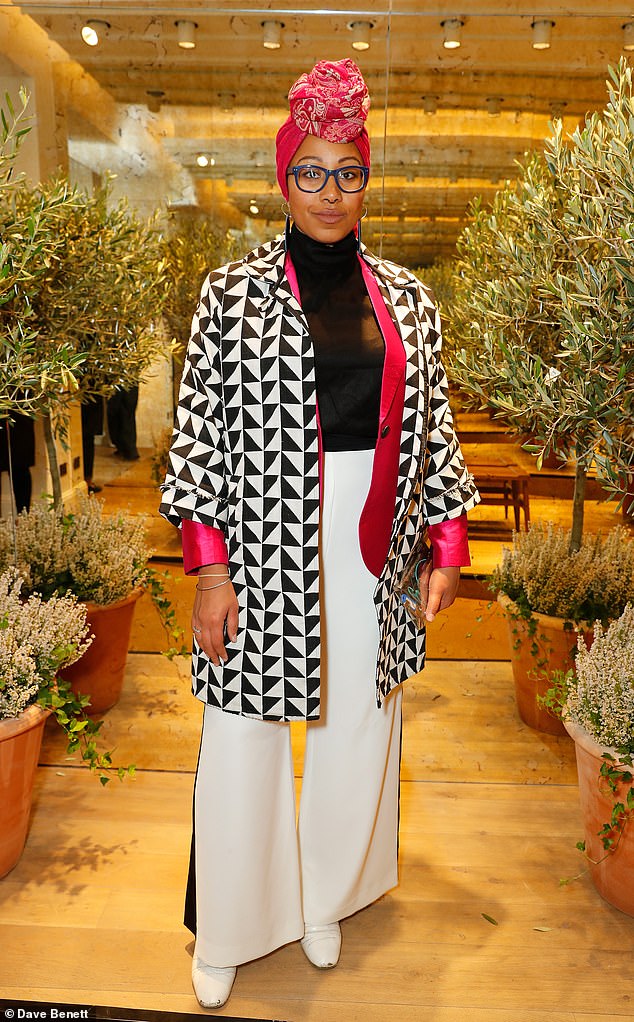 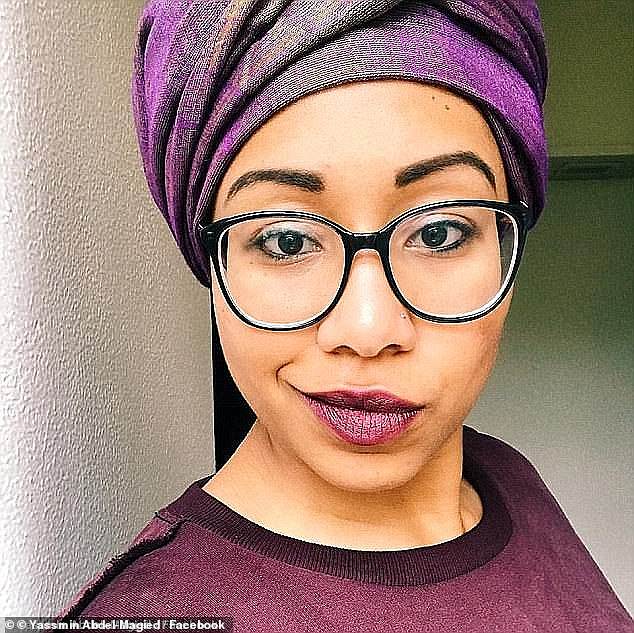 She has only returned Down Under a handful of times, sometimes only to fulfill visa requirements to remain in the UK.

Ms Abdel-Magied told an interviewer in London that if she even hears an Australian accent now, ‘I will leave’.

Ms Abdel-Magied’s 2017 Anzac Day Facebook Post quickly sparked backlash online with many branding her words ‘disrespectful’ even after she apologised.

‘I feel a little bit betrayed by Australia, because it’s my country and these are my country people and it’s my home, and to sort of fight for your right to exist in your home country — it’s exhausting,’ she said at the time.

Then Immigration Minister Peter Dutton was one of a number of conservative politicians who weighed in.

The newly elected Liberal leader called the post a ‘disgrace’ and condemned using ‘Lest We Forget’, a phrase associated with remembering the war dead, to make political points about Australia’s foreign and immigration policy. 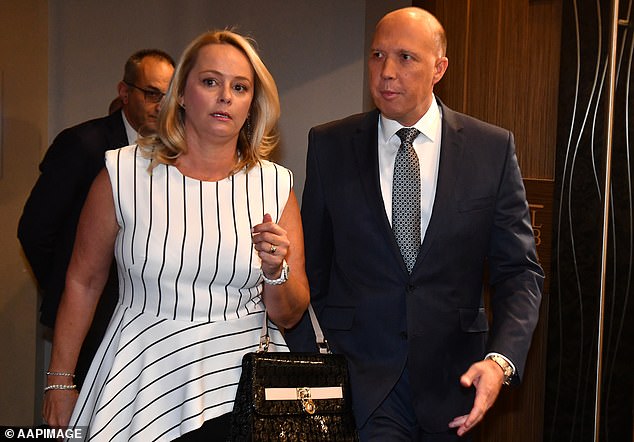 New Liberal leader Peter Dutton (right), here seen with his wife Krilly, was one of a number of politicians who condemned the ‘Lest we forget’ Facebook post, which he called a ‘disgrace’

Despite being Young Queenslander of the Year in 2010 and being touted employed a cultural ambassador by the Australian government Ms Abdel-Magied came to describe herself as Australia’s ‘most publicly hated Muslim’.

She told the Sydney Morning Herald the hurt she feels towards Australia runs deep.

‘I’ve compared it in the past to an abusive partner because it’s such a complex relationship. On the one hand, there are lots of good times there and on the other hand, there’s been so much harm and hurt that you can never quite be sure what that relationship was like at all.’

Ms Abdel Magied said it was because of the abuse, she chose to appear virtually, rather than in person, at the Sydney Writers’ Festival on Saturday. 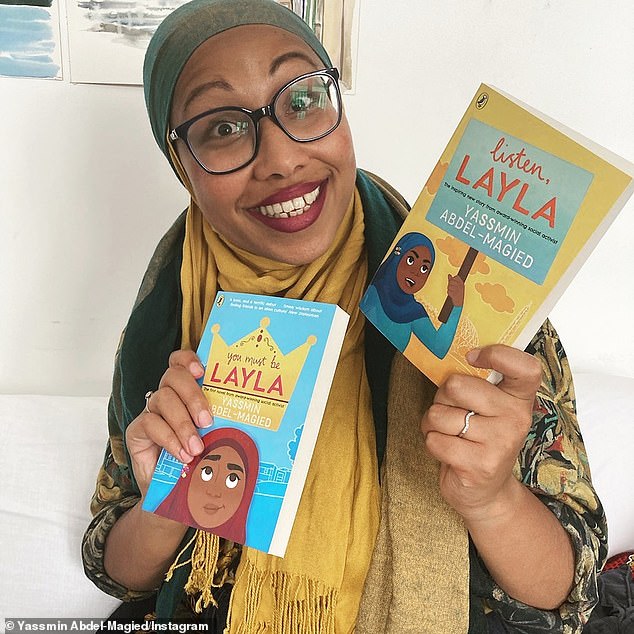 Ms Abdel-Magied’s parents still live in Brisbane, where, as skilled migrants, they emigrated with their 18-month-old daughter in 1992.

They might have to wait a while to see their daughter in person again.

‘I grew up in Brisbane, and I don’t really have any problems with Brisbane, but I don’t miss it,’ Ms Abdel-Magied said.

‘And sometimes I feel like a terrible person for that. How can you not miss somewhere where you spent the majority of your life? Yet, I’m very fine [with] not going back.’

Ms Abdel-Magied has become a sought-after commentator in the British media but has built a more lucrative profile as a speaker in the US, where she mainly talks about racial and cultural relations.